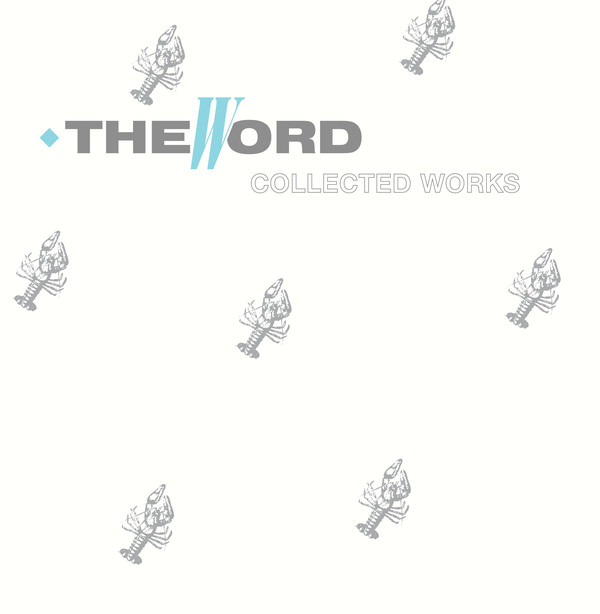 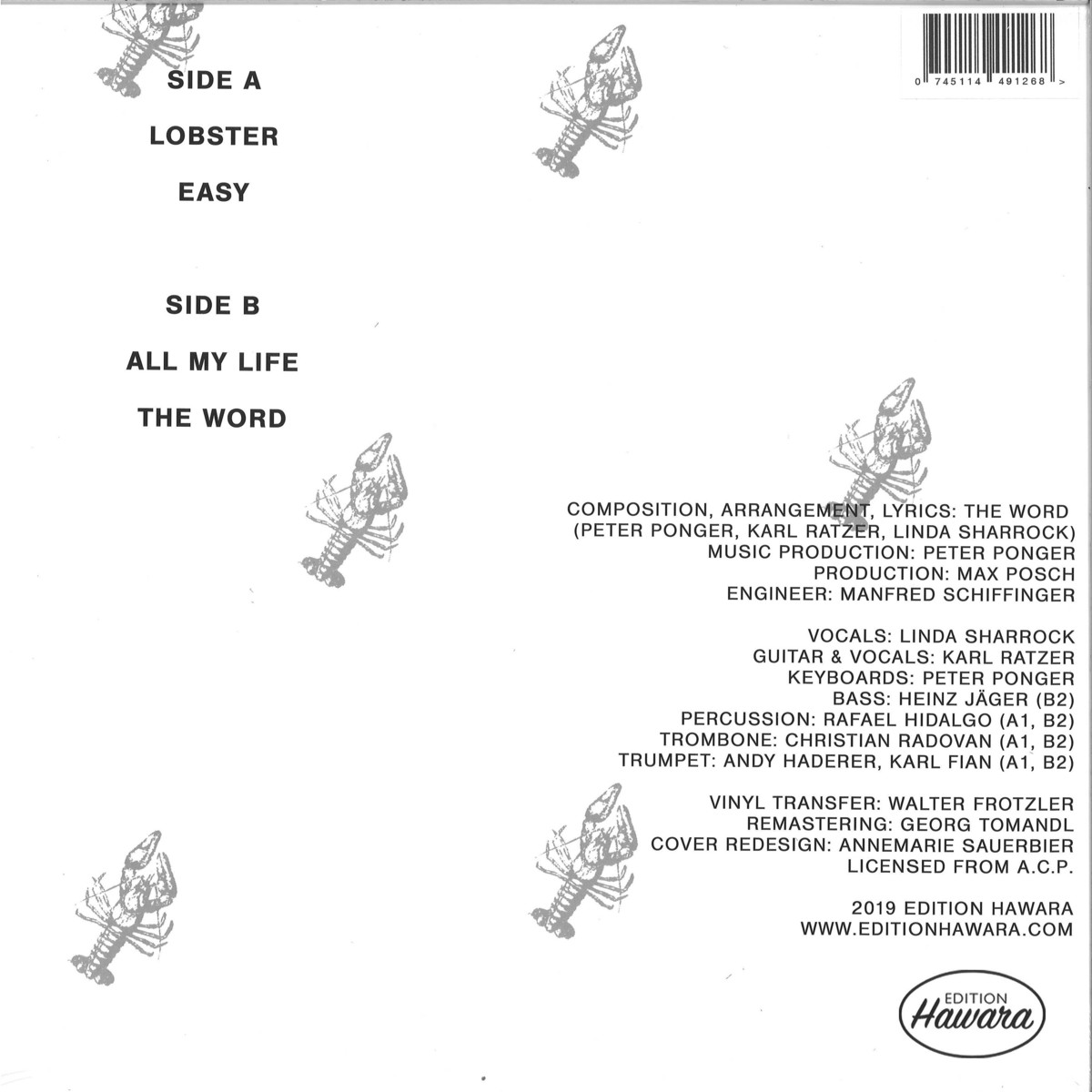 - NEW RELEASE
Sorry, this item is currently unavailable.
ARTIST:
Word, The
TITLE:
Collected Works
LABEL:
Edition Hawara
CATNO:
EHAW002
STYLE:
Pop/Chart / R&B / Deep House /
FORMAT:
Vinyl record
DESCRIPTION:
4 Track EP OF Vocal Pop R&B, Crossover Soulful Cuts, - The Word is one of the better kept secrets of 1980s Austrian disco music. Yet once you put the needle on this record, you notice that it sounds oddly familiar. The awe inspiring signature piece “Lobster” has the same analogue, slow moving aesthetic as Zenit’s timeless “Waiting” that was featured on Edition Hawara’s first release. The same goes for the three other wonderfully unconventional, proto electronic songs: “Easy”, “All My Life” and the eponymous “ The Word”. And there are even more commonalities with Zenit’s LP: The vocals are Linda Sharrock’s, who here teamed up with Karl “Charly” Ratzer and Peter Ponger, the twin brother of legendary Falco producer Robert Ponger. The result of this collaboration is, well, also quite legendary. How this kind of sound emerged in Vienna in 1984 is still a bit of a mystery, but clearly all the stars were aligned when Sharrock, Ratzer and Ponger were jamming in the studio. We are very proud to share this secret with you. Just as there are very few lobsters in landlocked Vienna, there are very few records like this out there.

Last FM Information on The Word

I. The Word is an instrumental/Sacred steel/gospel blues jam band. The supergroup included well-known musicians: Robert Randolph (pedal steel guitar), John Medeski (keyboards), and all three members of North Mississippi Allstars - Luther Dickinson (electric guitar), Cody Dickinson (drums, washboard), and Chris Chew (bass guitar). The Word developed from a mutual affection for gospel music and the Sacred Steel tradition shared by Medeski and members of the North Mississippi Allstars, both having discovered the phenomenon through a series of albums published by Arhoolie Records in the 1990s and early 2000s. Chris Chew and Luther Dickinson were particularly fond of a song called "Without God" on the Sacred Steel Live! album, the only track credited to a then-unknown Robert Randolph. They contacted Randolph and recruited him to form their own Sacred Steel band, likely the first initiated by musicians outside the House of God church organization. Musically, The Word is similar to other Sacred Steel bands, with the major difference being a total lack of vocals, both gospel singing and sing-song preaching that often accompanies such music in the original church setting. The organ and electric piano content, provided by Medeski, is more experimental and pronounced than in traditional Sacred Steel music, which originally developed from House of God churches filling the role of a pipe organ with the much less expensive steel guitar.[2] Another unusual aspect of the music is that drummer Cody Dickinson plays electric washboard on certain songs, as he sometimes does with the North Mississippi Allstars. During live concerts, there is typically only one vocal microphone, used by Randolph to address the audience with encouragement and occasional exclamations of spiritual praise between songs. However, there is at least one example of bassist Chris Chew singing the lyrics to a traditional gospel song played by The Word, on January 1, 2010 in Ft. Lauderdale, FL. Their debut self-titled album, produced by Medeski and released on Ropeadope Records July 31, 2001, includes an updated version of "Without God", the song that brought The Word together in the first place. The album contains a mixture of traditional gospel songs (played with instrumental arrangements) and original instrumentals written by the group. The group toured in 2002 and then reunited to tour again in late 2007/early 2008. The group also played at the Bonnaroo festival in 2005 and 2012, and on the Jam Cruise in 2010. II. The Word was a punk/power pop band from Canberra, Australia. Members included Michael Moriarty (vocals/guitar), Peter Palij (guitar), Terry Sounder (vocals/guitar), Archie Van Der Glass (bass), Frankie Villegas (bass on their single) and Darcy Deegan (drums). They recorded a single I Think I'm Falling In Love/Angel in 1980 for Festival's Infinity label, catalogue number K7781. Both tracks were written by Sounder and produced and engineered by Martin Erdman at Festival Studios, Sydney, Australia. The single has become a rare and valuable slice of Australian punk power pop. III. The Word was a monthly British music magazine online here which also had a weekly podcast. Read more on Last.fm. User-contributed text is available under the Creative Commons By-SA License; additional terms may apply.
FREE SHIPPING ON ORDERS OVER £100 TO UK MAINLAND ONLY
See exclusions
View Cart