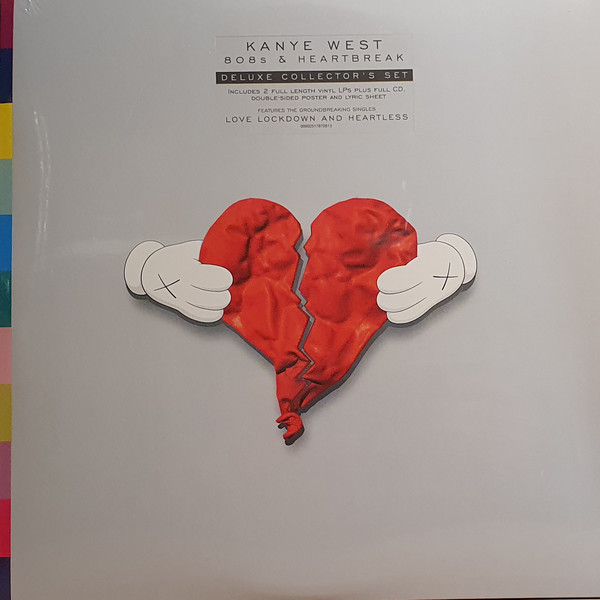 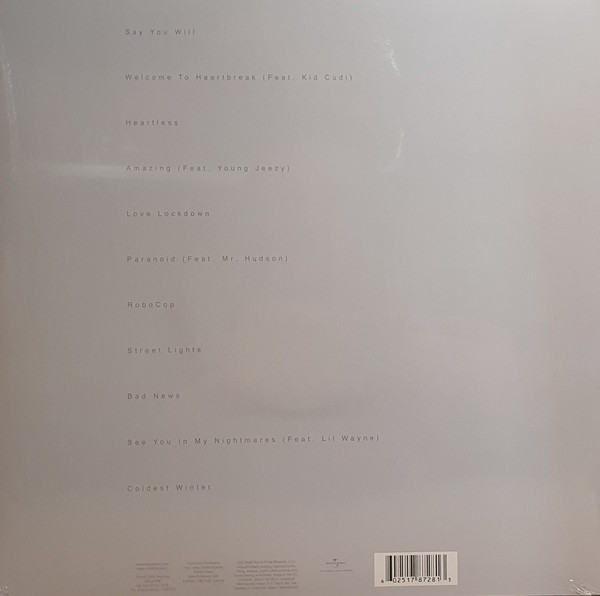 808s & Heartbreak is the fourth studio album by Kanye West. It was released on 24th November 2008 through Def Jam Recordings and Roc-A-Fella Records, re-issued in 2016 for the US, and is now being made available ex-US. Conceived in the wake of several distressing personal events, 808s & Heartbreak marked a major musical departure from West’s previous rap records, instead featuring a sparse, electronic sound and West singing through an Auto-Tune vocal processor. His lyrics explore themes of loss, alienated fame, and heartache, while the album’s production abandons conventional hip hop sounds in favor of a minimalist sonic palette, which includes prominent use of the titular Roland TR-808 drum machine.

Despite varying responses from listeners, the album received positive reviews from most music critics, who generally commented on West’s experimentation, and was named one of 2008’s best records in several year-end lists. Four singles were released in promotion, including the hit singles “Love Lockdown” and “Heartless”. 808s & Heartbreak has since been cited as a prominent influence on subsequent hip hop, pop, and R&B music. This was due to a new wave of rappers, singers, and producers coming to adopt aspects of its style and thematic content.