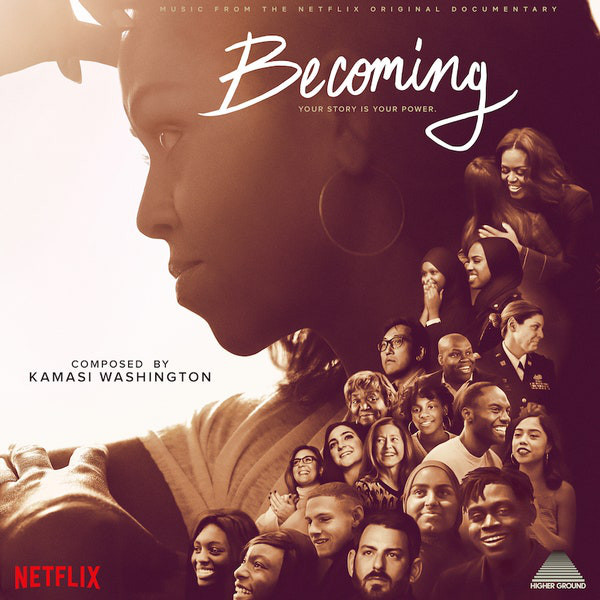 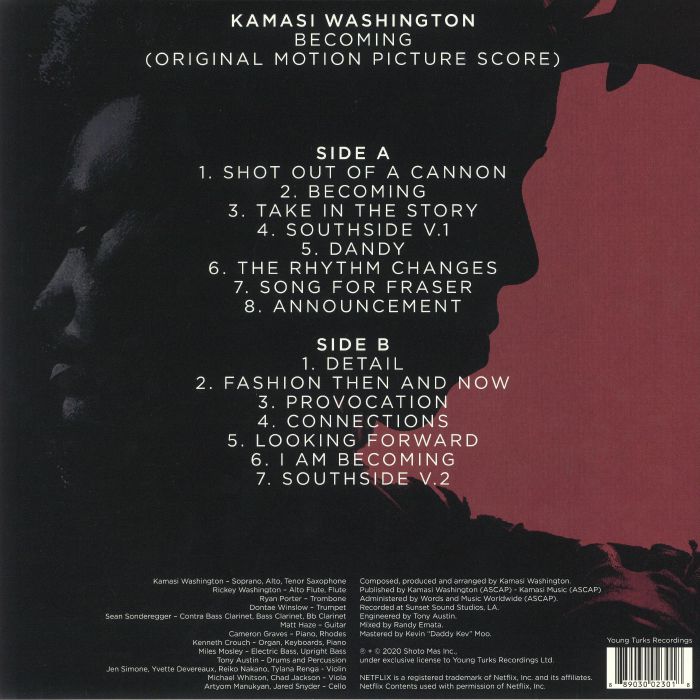 Produced by Netflix Originals, Becoming documented a moment of profound change for the former First Lady, not only for her personally but for the country she and her husband served over eight impactful years in the White House. Washington, who joined the project in its embryonic stages, provides the powerful musical backdrop.

PLAY
CUE
MP3
a1
Shot Out Of A Cannon
a2
Becoming
a3
Take In The Story
a4
Southside V.1
a5
Dandy
a6
The Rhythm Changes
a7
Song For Fraser
a8
Announcement
b1
Detail
b2
Fashion Then And Now
b3
Provocation
b4
Connections
b5
Looking Forward
b6
I Am Becoming
b7
Southside V.2