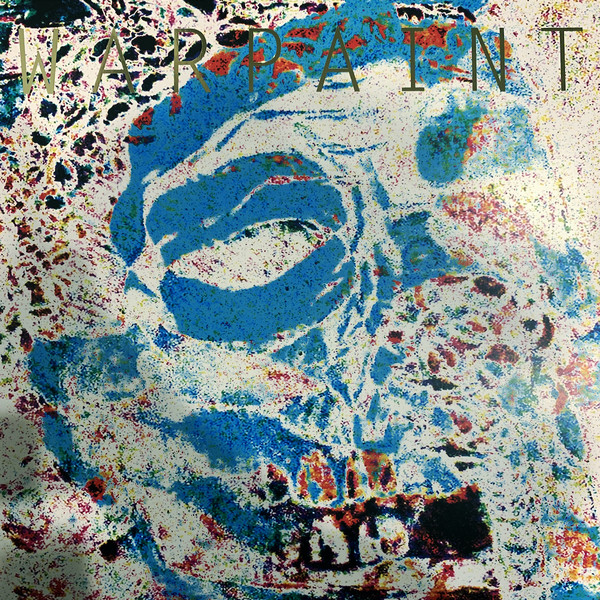 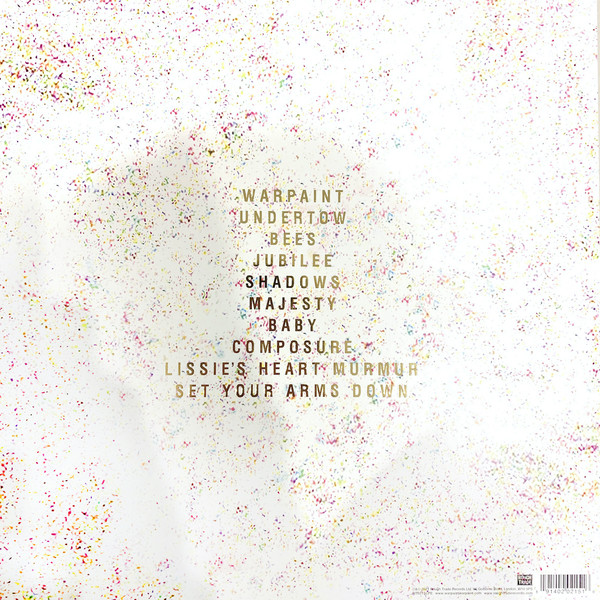 - NEW RELEASE
Sorry, this item is currently unavailable.
ARTIST:
Warpaint
TITLE:
The Fool RSD 2021
LABEL:
Rough Trade
CATNO:
RT0215LPE
STYLE:
Indie Rock /
FORMAT:
Vinyl record
DESCRIPTION:
RSD 2021 - 2x12" Lp Pressed On Ltd Edition Gold Vinyl - In the completion of the recording of The Fool, Andrew Weatherall was given access to the album's master tapes to work on mixes for the finished record. The track Baby, along with Warpaint's iconic single Undertow, were both mixed by the Guv'nor and appeared on the finished album that was released in 2010.

For the first time ever, this Record Store Day edition brings together all the mixes Weatherall created while working on the project, including a never released before, finished version of Jubilee.

“I remember that one of the main reasons why we wanted Andrew Weatherall to mix the Warpaint album was because we loved his brilliant work on the Primal Scream remix of “Higher Than The Sun”. I know that we discussed this particular track with Emily and she knew it of course and also loved it. I think it was a key reason they agreed to let Andrew do the mix.” - Geoff Travis – Rough Trade Records

Warpaint is a psychedelic rock band which formed in 2004 in Los Angeles, California, United States. The band consists of Theresa Wayman (solo pseudonym TT) (vocals, guitar), Emily Kokal (vocals, guitar), Jenny Lee Lindberg (solo pseudonym Jennylee) (vocals, bass), and Stella Mozgawa (drums). The band's original drummer, Shannyn Sossamon, left the band in 2008. The band had multiple temporary drummers until Mozgawa joined in 2009. The band weaves intricate guitar lines, hypnotic vocals, and driving post-punk rhythms into gorgeous, sprawling songs that skirt the line between the soundscapes of psychedelia and intimacy. The group has gone through many line-up changes, including actress Shannyn Sossamon and Red Hot Chili Peppers guitarist Josh Klinghoffer. In early 2009, their self-released debut EP "Exquisite Corpse" soared straight to #1 on legendary Los Angeles Amoeba Records’ local artists chart. By September 2009, Manimal Vinyl reissued it on CD and vinyl, complete with a new bonus track, ‘Krimson’. Mixed by John Frusciante (Red Hot Chili Peppers), the EP successfully captures the band’s sonic textures and playful dynamism that they’re notorious for creating in a live setting. With a buzz already in the air, Warpaint is now beginning to stir the masses with praise in the US and abroad. Dazed and Confused calls "Exquisite Corpse" "a collection of magical psychedelia drifting over sublime moments of raw melody courtesy of the three free ethereal vocalists,” while The Independent adds, “They make a quite lovely sound with dreamy vocals, off-kilter hazy guitars.” On October 25, 2010, the band released their debut album, The Fool. The album received a glowing review in the NME. Prior to the album's release, the band contributed a cover of the David Bowie song "Ashes to Ashes" to We Were So Turned On, a Bowie tribute album released in conjunction with War Child. "Shadows", the first single from their debut album, was released as a digital download and 12" vinyl on January 10, 2011. A remix of the single, "Shadows (Neon Lights Remix)", proved popular; managing to be playlisted by BBC Radio 1 as part of the In New Music We Trust. Warpaint toured the United States and Europe in the spring and summer of 2011 to promote the album. They played at various major festivals including Bonnaroo, Glastonbury Festival, Reading and Leeds Festivals, Coachella Valley Music and Arts Festival, Rock Werchter and Electric Picnic. In 2011, the rerelease of Undertow charted in the UK at number 92 and also in Australia at number 75. On September 25, 2011 they played the prestigious Hollywood Bowl (as a support act). As early as 2011, drummer Stella Mozgawa, in an interview with NME, expressed the band's intention to "experiment and write with one another" as the current line-up had never composed songs "from the ground up" together. Bassist Jenny Lee Lindberg further indicated that most of the newer songs were written by "just jam and free-flow onstage". In February 2013, Guitarist Theresa Wayman confirmed to NME that the band intended to create a minimalist sound on Warpaint, revealing that the band developed songs at soundchecks, and experimented more with acoustic guitars and percussion instruments on the album. Lead vocalist Emily Kokal noted that R&B and rap music was an influence on Warpaint and stated that on the album there are "things that have drum machines and ambience, music that's more than standard rock." Kokal added that the album is largely keys-based, which contributed to the overall sound being "definitely different" from the band's previous album The Fool (2010). Produced by Flood and mixed by Nigel Godrich, Warpaint is due to be released in Germany, Ireland, Netherlands and Switzerland on January 17, 2014; January 20 in Denmark, France, Sweden and the United Kingdom; and January 21 in Spain and the United States on Rough Trade Records. A snippet of the album's lead single, "Love Is to Die", was featured in an advertisement for Calvin Klein on September 25, 2013 and later as part of a teaser for an upcoming documentary of the same name about the recording of Warpaint. The single was released on October 28 with the pre-ordered digital version of the album. On November 20, Warpaint performed "Composure," from The Fool, as well as new songs "Love Is to Die" and "Keep It Healthy" on BBC 6 Music with Steve Lamacq in the United Kingdom. The next day, an article from the December 2013 issue of Dazed & Confused magazine appeared online, providing insight into the making of the new album, as well as the accompanying documentary, filmed by Jenny Lee Lindberg's husband and filmmaker, Chris Cunningham. Lindberg later confirmed in a November 24 interview on XFM that Cunningham's documentary would be made available shortly after the album's release. www.warpaintwarpaint.com Read more on Last.fm. User-contributed text is available under the Creative Commons By-SA License; additional terms may apply.
FREE SHIPPING ON ORDERS OVER £100 TO UK MAINLAND ONLY
See exclusions
View Cart