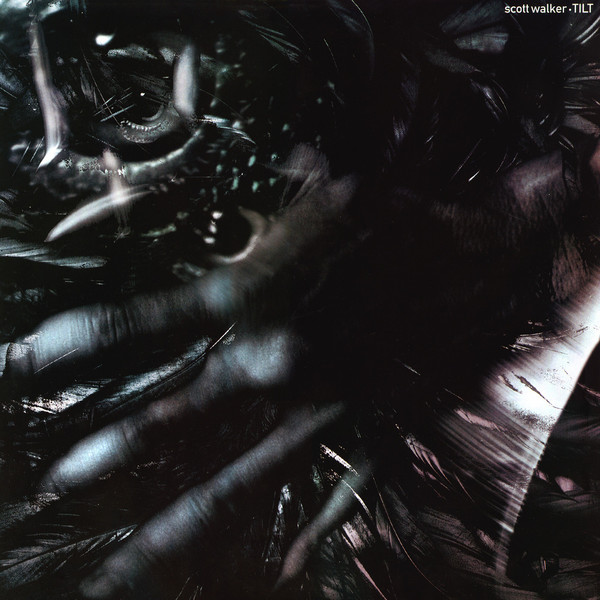 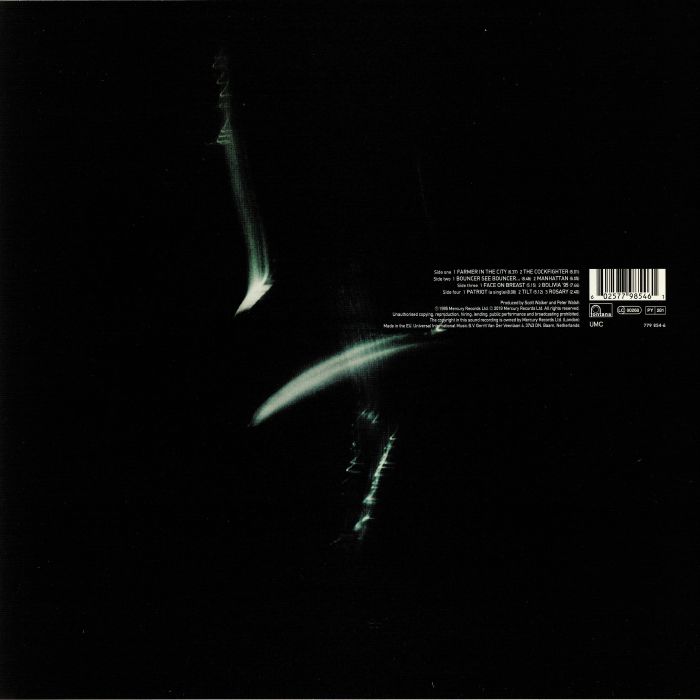 Scott Walker’s twelfth studio album from 1995 is now presented over 2LPs for an improved audio experience. Originally released in May of 1995 the album was Scott’s first album in 11 years and remarkably reached Number 27 in the UK Albums chart. No singles were released from ‘Tilt’. Scott explained his 11 year hiatus to journalist Richard Cook saying that he had become “the Orson Welles of the record industry……People take me to lunch, but nobody wants to finance the picture”. Tim Finn from Crowded House is a huge fan of ‘Tilt’: “I was very impressed with ‘Tilt’, good on car journeys through unfamiliar landscapes. It’s very brave, very bold, very unconcerned with trends: Scott’s out there on his own path, albeit a very twisted one”.

Scott Walker (Noel Scott Engel, January 9, 1943 - March 22, 2019) was an American-born singer-songwriter, composer and record producer. He is noted for his distinctive baritone voice and for the unorthodox career path which has taken him from 1960s pop icon to 21st century avant-garde musician. Originally coming to fame in the mid-1960s singing orchestral pop ballads as the frontman of The Walker Brothers, Walker went on to a solo career balancing a light entertainment/MOR ballad approach with increasing artistic innovations in arrangement and writing perspective. Despite a series of acclaimed albums, a disastrous drop in sales forced him back into straight Middle of the road recordings with little of his own artistic input. This in turn eventually led to a Walker Brothers reunion in the mid-1970s (although the latter eventually moved, by mutual consent, into more avant-garde areas). Since the mid-1980s Walker has revived his solo career while drastically reinventing his artistic and compositional methods, via a series of acclaimed and vividly avant-garde albums. These combine his iconic singing voice with an unsettling avant-garde approach owing more to modernist and post-modernist classical composition than it does to his pop singer past. The change in approach has been compared to "Andy Williams reinventing himself as Stockhausen". Walker has been a continuing influence on other artists, in particular The Last Shadow Puppets, Marc Almond, Goldfrapp, Douglas Pearce of the band Death in June, Billy MacKenzie of The Associates, David Sylvian, Julian Cope, Antony Hegarty, Thom Yorke, Steven Wilson, David Bowie, Leonard Cohen, Trey Spruance, Perry Blake, Radiohead, Noah Lennox, Mikael Åkerfeldt, and the Divine Comedy/Neil Hannon. In Season 3, Episode 2, of Absolutely Fabulous, "Jackie" was sung in part during the episode by Patsy and also played through the end credits. Scott Walker's track "Sons Of" played a prominent part in the Baillie Walsh film Flashbacks of a Fool starring Daniel Craig. The song, an English version of Jacques Brel's "Fils de...", was originally released on Scott 3. A segment of Walker's song "30 Century Man" appears in the 2007 animated feature Futurama: Bender's Big Score, in which a short animated sequence illustrates Walker's lyric "shakin' hands with Charles de Gaulle." The song "The Electrician", which featured on The Walker Brothers' Nite Flights album, was the opening track for the 2008 film Bronson directed by Nicolas Winding Refn. In professional wrestling, Scottish star Jackie Pallo used Walker's song "Jackie" as his entrance theme and also sang the song while making his entrance. Walker continued to release solo material until his death, and was signed to 4AD Records. As a record producer or guest performer he has worked with a number of artists including Pulp, Ute Lemper, Bat For Lashes and Sunn O))). Despite being American, Walker's success has largely been in the United Kingdom, where his first 3 solo albums reached the top ten. Walker has lived in the UK since 1965; he became a British citizen in 1970. It was confirmed by 4AD that, early in 2014, Walker collaborated with experimental drone metal duo Sunn O))) on a new album. The album, Soused, was released on October 21, 2014. Read more on Last.fm. User-contributed text is available under the Creative Commons By-SA License; additional terms may apply.
FREE SHIPPING ON ORDERS OVER £100 TO UK MAINLAND ONLY
See exclusions
View Cart