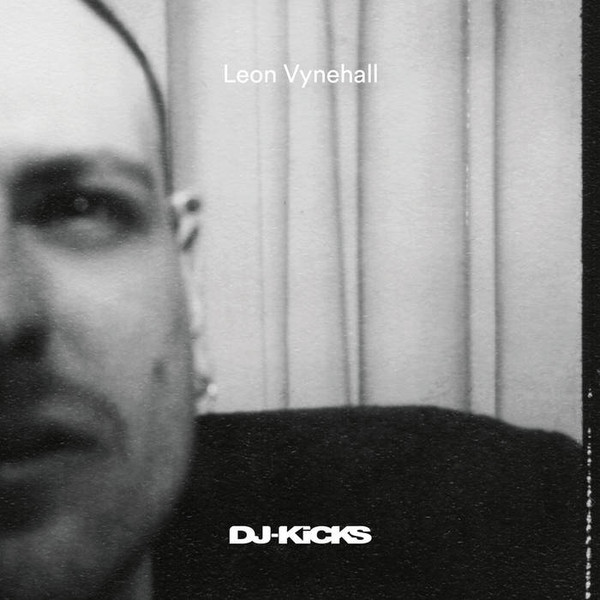 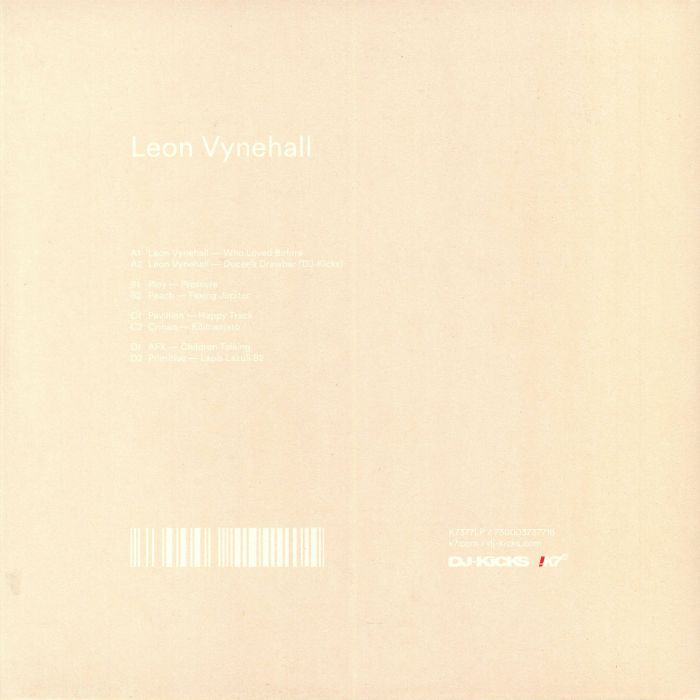 First to take the reins of the DJ-Kicks mix series in 2019 will be ever evolving UK artist, Leon Vynehall. His 26-track mix features new material from the man himself, as well as exclusives by Hessle Audio and Timedance affiliate, Ploy, rising newcomer Peach, and Pavilion, plus a number of gems that will be available digitally for the first time ever.

In a short space of time, Leon Vynehall has established himself as a DJ and producer with real craft. He brings a much wider than usual array of skills and influences to electronic music, and is always as likely to talk about minimalism, post-punk, or hip-hop as he is house and techno. This comprehensive approach to was confirmed by his spellbinding debut album Nothing Is Still on Ninja Tune in June 2018. An imagined soundtrack to his grandparents' emigration from the UK to New York throughout the 1960s, it told a distinctive story that unfolded into a resonant narrative; a richly layered affair filled with curveballs and a wealth of adventurous ideas that Vynehall pulled off with confidence and style.

It’s the same story with his DJs sets, and particularly this DJ-Kicks mix, which goes from 79-169bpm in fluid fashion. Always interesting and distinctly diverse both in genre and tempo, the mix works in a range of settings, as was the artist’s aim.

'I wanted to approach this more like a compilation than a stand-alone ‘mix,'' he says. 'To me, compiling a DJ-Kicks is a significant statement of intent and representation, so with that in mind, I thought more about the selection than the mix. Being given the responsibility to select work from artists I admire, some of which have only ever been released on their first vinyl presses many years ago, was a task I didn’t take lightly.'

On his contribution to the long-running "DJ Kicks" series, Leon Vynehall has decided to take a widescreen approach, offering up a blend that showcases the depth and variety of his music collection rather than his club-rocking skills. The first half of the mix ebbs and flows with the laidback drowsiness of his selections, which flit between post trip-hop beats, ambient, IDM, electronica and crunchy post-punk pop. Midway through he begins to crank things up a notch or two via RAC's UK garage-influenced 1997 cut "Fushigi", the chunky peak-time warmth of Crinan's "Kilimanjaro" and the bass-heavy pump of Ploy's "Pressure", before unleashing some seriously intense experimental dancefloor workouts from the likes of Etch, Aphex Twin and Peach. It makes for a hugely enjoyable and at times breathtakingly brilliant musical journey.

Leon Vynehall is British producer and DJ, born in Kent, in the south east of England. Vynehall's music combines the "percussive energy of contemporary House music" with "rich harmonies of sample-centric producers". Vynehall lists Aphex Twin, Afrika Bambaataa, Man Parrish and DJ Shadow as some of his major influences. Read more on Last.fm. User-contributed text is available under the Creative Commons By-SA License; additional terms may apply.
FREE SHIPPING ON ORDERS OVER £100 TO UK MAINLAND ONLY
See exclusions
View Cart