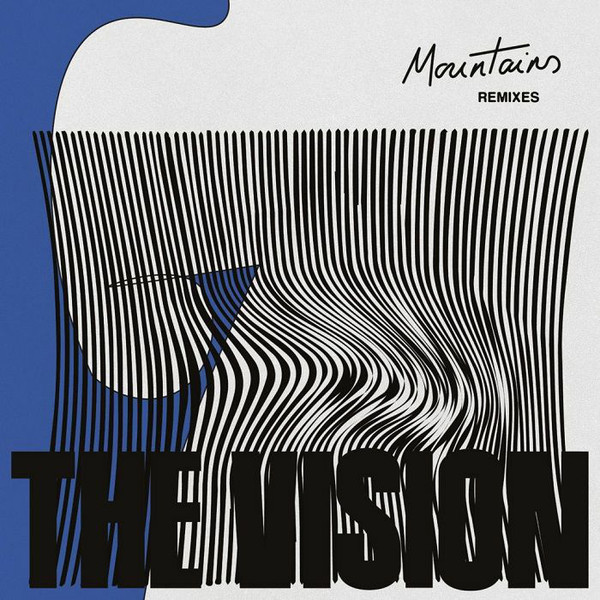 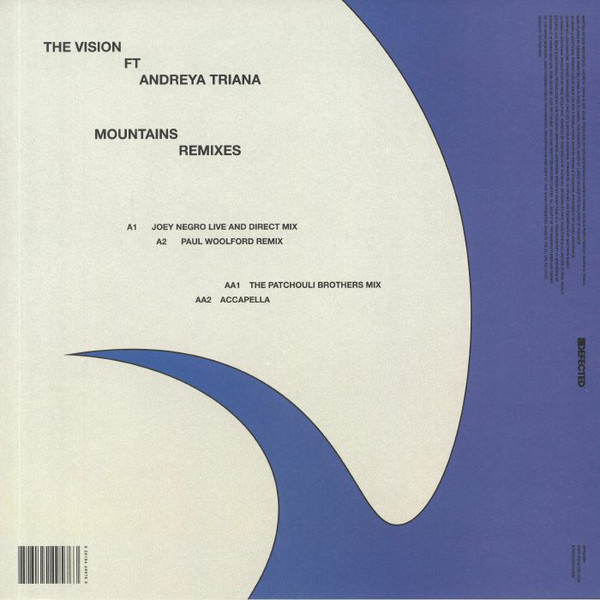 Now, The Vision return with three new remixes of this dancefloor gem on a special 12” package. Kicking off the A-Side, disco royalty Joey Negro delivers his Live And Direct Mix, weaving in melodies and grooves with exquisite percussion and keys that give the record an authentic disco sound. Up next, veteran producer Paul Woolford delivers his remix of the track. An artist whose output ranges from mind-bending techno to high-energy house hits, his sophisticated take on ‘Mountains’ features his signature bold piano riffs and atmospheric builds, destined for meaningful dancefloor moments.

On the flip, Toronto duo The Patchouli Brothers step up to remix. Known for their exquisite vinyl edits and a favourite of in-the-know selectors, the funk-laden, high energy mix makes a perfect closing to another blissful release from The Vision camp. The release closes with the Accapella, an essential DJ tool that highlights Andreya’s incredible vocal. As anticipation builds for their forthcoming LP, this charming package provides another exciting preview of things to come


KON and Ben Westbeech AKA The Vision's second collaborative single with Andreya Triana, "Mountains", made us go weak at the knees when it was released earlier in the year. Here, the gospel-tinged fusion of disco, deep house and jazz-funk is re-presented in freshly remixed form. Perhaps the most authentic and summery revision comes from Joey Negro, who delivers a stunning, live-style disco version that simply soars, with Triana's fine vocal rising above simmering strings and infectious grooves. The Patchouli Brothers also delve into disco pastures on their similarly impressive, synths-and-piano-laden house revision, while Paul Woolford brilliantly reimagines it as a sparkling slab of rave-ready piano house. Get ready for the rush!

Last FM Information on The Vision

There are several artists with the name The Vision: 1. The Vision is an early alias of American techno producer Robert Hood. He released his first record, "Gyroscopic EP", on the Underground Resistance label in 1991 and also released as The Vision on Tresor, Metroplex and his own Hardwax label. 2. The Vision is a German dub-reggae group founded by Felix Wolter (aka. Fe), a musican and producer from Hannover. Info about releases can be seen at the label's site www.fuenfundvierzig.com 3. The Vision is an English electro/indie/rock band from Northampton/Milton Keynes. More information about them can be found at www.myspace.com/thevisionworld 4. The Vision is a Dutch hardstyle DJ and producer. More information at www.the-vision.nl 5.The Vision is a Long Island Powerpop/Indie/Alternative band. The band has continued to push the powerpop/indie envelope, and has developed a decent following during their years together as a band. www.myspace.com/thevisionlongisland 6. The Vision is a two-piece thrash punk band from Buckinghamshire, England consisting of Mike Boyd (vocals, guitar, bass) and Philip Lindsey (drums). They were influenced by Death from Above 1979 and Devendra Banhart. 7. The Vision was the alias of Edwin Maduro whom recorded the Laidback & Groovy EP for Nu Groove in 1991. He's also recorded as Breadth Of View, Eddie Maduro, Eddie Satin & Monolith. Read more on Last.fm. User-contributed text is available under the Creative Commons By-SA License; additional terms may apply.
FREE SHIPPING ON ORDERS OVER £100 TO UK MAINLAND ONLY
See exclusions
View Cart