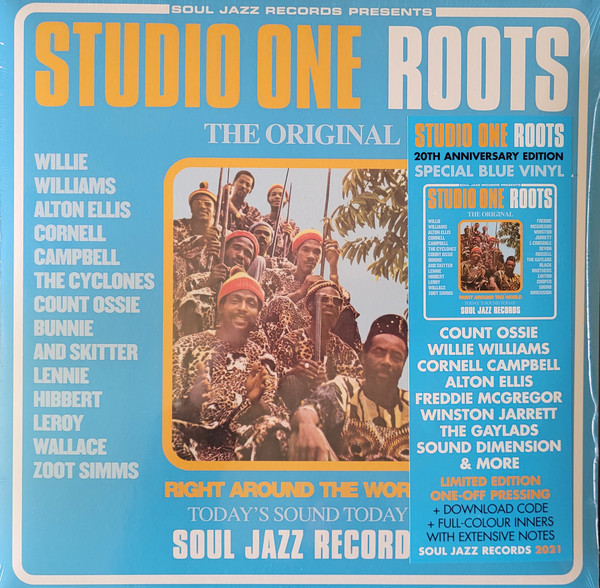 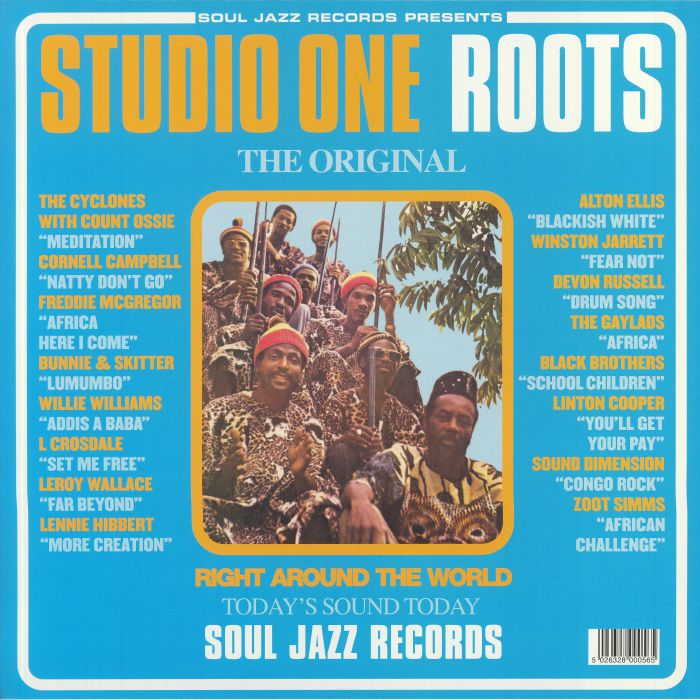 ‘Studio One Roots’ set the standard for Soul Jazz Records’ long-standing series of Studio One collections and features many of the classic artists from Clement ‘Sir Coxsone’ Dodd’s mighty roster of reggae. This album includes Freddie McGregor, Willie Williams, Cornell Campbell, Alton Ellis and Devon Russell alongside some of the defining crack session men groups of Jamaican reggae history, including The Sound Dimension, Brentford All-Stars, The Skatalites, New Establishment and more. As ever the album is filled with a mixture of seminal cuts and superrarities from the vast vaults of 13 Brentford Road.

This album has been fully digitally remastered, analogue cut and packaged complete with original sleevenotes by Lloyd Bradley (author of When Reggae Was King), compiled by Mark Ainley (Hones Jons), high-quality Soul Jazz mastering, fantastic images of Count Ossie and the Mystic Revelation of Rastafari on the cover and a rare image of Clement Dodd and musicians inside the studio at Studio One on the full colour inner sleeves.