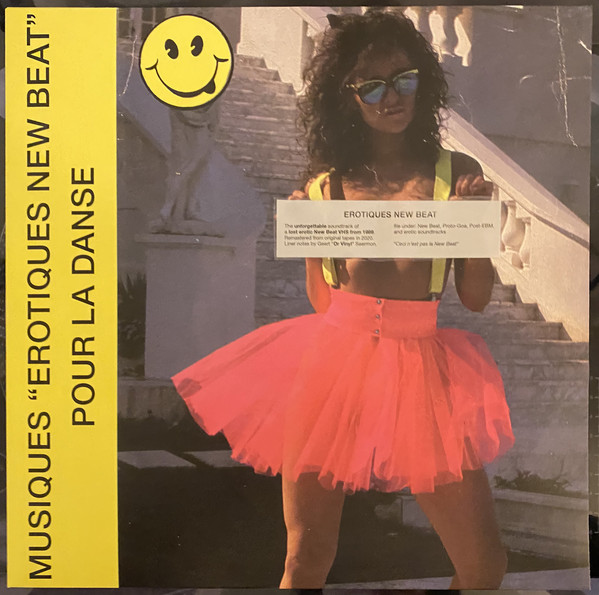 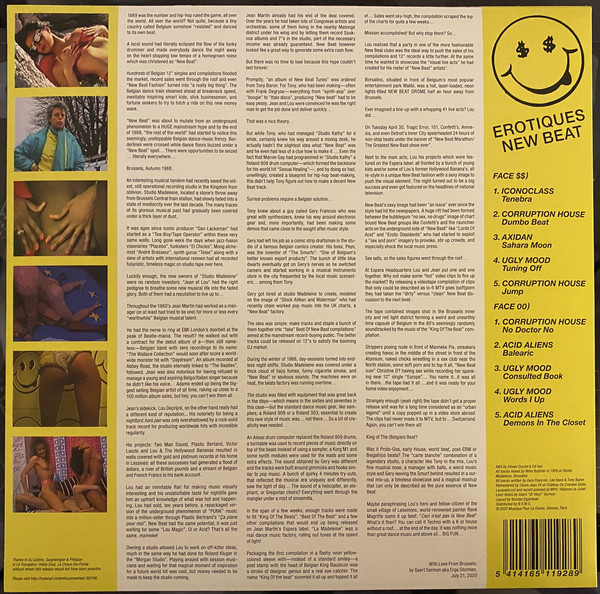 The year is 1989 and it's the peak of the New Beat craze that swept Europe and the world with Belgium at its epicenter. Not limited to records and clubs, the New Beat lifestyle was marketed to death with all sorts of fashion items, a plethora of accessories and...erotic videos.

So we did what every New Beat fan would have done, we watched the video and cringed (at its low budget production values and tacky male gaze) while we were transported to 1989 Belgium, with the bodies, poses, styles and backdrops you'd expect from that bygone era.

Our ears, however, were in for a treat. The video's OST uses almost the very same tracklist as one of the countless New Beat compilations marketed as LPs: King of the Beat, instantly recognizable among many for its yellow front cover featuring a stamp with King Baudoin's profile.

That's when we decided to reissue this compilation. While many New Beat tracks have been played and compiled to death, there are still brilliant records to rescue from oblivion, and this is one of them.

The entire release has been remastered and will be reissued in LP + digital formats. Liner notes are written by Geert Sermon. And the utterly tacky front cover is a detail from the VHS original artwork.