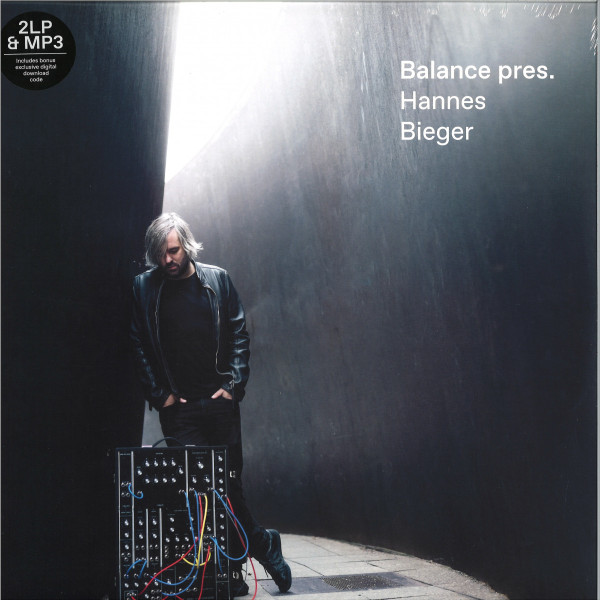 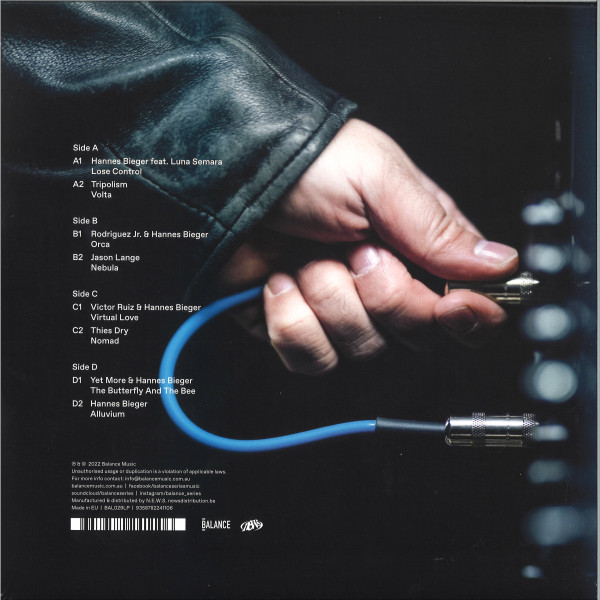 Since stepping back into the light as an artist, he has released on leading labels like Bedrock Records, Poker Flat Records, Tronic and Awesome Soundwave, topped the Beatport Progressive House Chart, provided a guest mix for John Digweed's legendary Transitions radio show and taken his scintillating, analog gear-heavy live show across, from D.Edge in Sao Paolo to Awakenings in Amsterdam to Watergate in Berlin. Balance snare him just as he begins his ascent into the uppermost echelons of dance music.

Comprised of all-exclusive music from Bieger, his friends and collaborators, this mix capitalises on the fact that he was gearing up for another artist album. Instead, the music he'd been saving up for his next LP appears here, alongside music sourced from people has been working in tandem with in the studio. "As an engineer and producer, I am working with many 'A-List' artists in this industry, but also with a bunch of up and coming guys and girls. So, I decided to make my Balance Series not only a platform for my own music, but to view it also as a wonderful opportunity to showcase some of the up and coming artists I am working with." Well-established scene legends like Gui Boratto, Victor Ruiz and Rodriguez Jr. also feature alongside these upcoming names.

Bieger wastes no time in getting down to business, whetting our appetite with the throbbing bass, jagged synths and heavenly vocals of 'The Butterfly & The Bee', a collaboration with French-Lebanese producer Yet More. Tripolism's 'Volta' segues in beautifully, with more dulcet female vocals adding a sweetness to the chromatic bassline scales and squelching synth mutations. ALX's 'Beyond Light' draws in a hypnotic arpeggio that pulls teasingly in and out of focus while snatches of rasping synths cut through the darkness, and Bieger's 'Alluvium' goes into deeper territory, channeling golden era trance with its sorrowful lead line-but keeping things restrained with its introspective feel.

The second half of the mix is comprised exclusively of tracks by Bieger himself. His collaboration with Rodriguez Jr. 'Orca' pulls us into a deeper place once again, but still heady pitch-bending melody abounds on this dreamy workout, while 'Embers' is a pure scene-setting, brooding, atmospheric mood piece. The masterful Gui Boratto lends a hand on the spectacular 'Requiem', featuring one of the mix's most memorable riffs and a lot of apocalyptic big room energy, and Hawaii's Olivia Foxglove weighs in on the dizzying riffs and techy rhythms of 'Lucid Dream'. It's left to Bieger & Victor Ruiz's 'Virtual Love' to close the mix in triumphant fashion with its rousing chord progressions and intense climax of thick, resplendent synth tones.

The mix has the curious and pleasing effect of warping time. Each track is a journey within itself, and when painstakingly fused together, their ebbs, flows and mutations give the impression that a considerably longer time has passed than 77-minute runtime. The second disc strips away the beats, creating a 'Synthapella' version of the mix that allows the glorious melodies and atmospheres to be experienced in all their unadulter

Warning! Deleting this artist may remove other artists and scrobbles from your library - please handle with caution! Note: You can view albums tagged as 'Various Artists' in your library here. The term Various Artists is used in the record industry when numerous singers and musicians collaborate on a song or collection of songs. Most often on Last.fm, compilation album tracks appear under the name of Various Artists erroneously because the individual artist is not listed in the album's ID3 information. Sometimes, single releases may be credited to Various Artists when their profits are going to charity and, usually in high-profile cases, are sometimes known by a group name. Examples include Band Aid with their releases of Do They Know It's Christmas? and USA for Africa with We Are The World. Various Artists is also an actual performance name for Torsten Pröfrock, who runs the German DIN label. Torsten performs also as Dynamo, Erosion, Resilent, Traktor besides some others. He's a good friend of Robert Henke and since fall 2004 he is a member of Monolake. Various Artistswere also a short-lived Bristol punk band formed by brothers Jonjo and Robin Key (originally from Birmingham). Other members were also simultaneously in Art Objects who went on to become The Blue Aeroplanes, the latter the Key brothers also co-wrote some songs and were involved in. When Various Artists imploded, the Key brothers went on to form Either / Or. Read more on Last.fm. User-contributed text is available under the Creative Commons By-SA License; additional terms may apply.
FREE SHIPPING ON ORDERS OVER £100 TO UK MAINLAND ONLY
See exclusions
View Cart