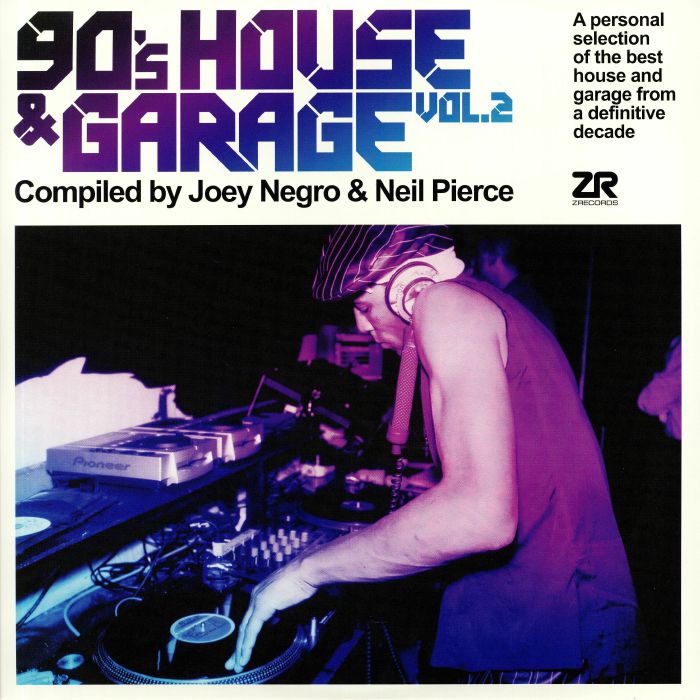 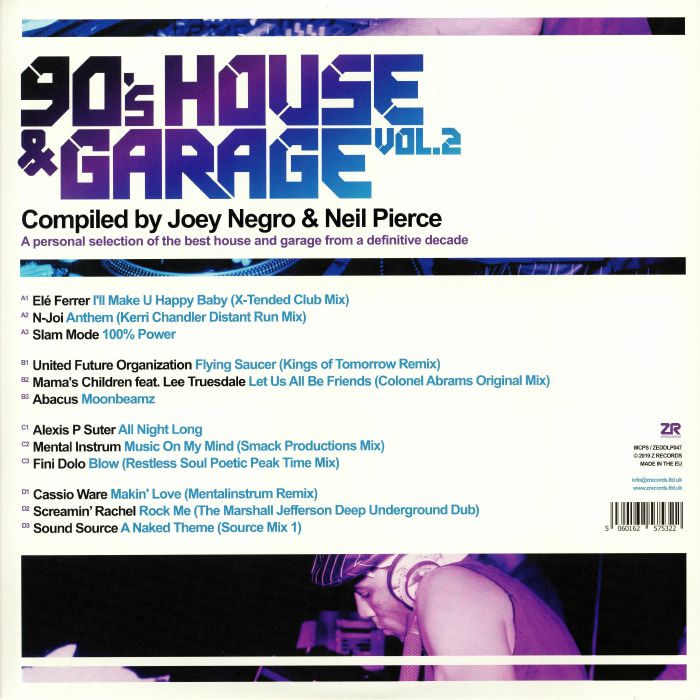 Founded back in 1990 – celebrating their 30th birthday in 2020 – Z Records has amassed plentiful collection of singles, albums & compilations. Run by Dave Lee aka Joey Negro, the label has enjoyed success through his unique ability to foster the principles of underground dance music whilst also remaining mindful of commercial appeal. Through his many compilations, Mr. Lee has delved deep into the heart of a specific genre or era and selected lesser-known tracks that give a real insight into the spirit & energy that made that point in time so special. Whether it's GoGo, Brit Funk, Boogie, Italo house or straight up Disco, he has delved deep into his extensive bank of influences and also enlisted the help of some of his most clued-up comrades in offering unforgettable collections of classics.

This time he’s been joined by Neil Pierce as co-compiler for this second collection of their favourite moments across a definitive decade for House & Garage: the 90’s. Volume 2 includes material from Satoshi Tomiie, UFO, Slam Mode, Joi Cardwell and Alexander Hope as well as remixes from Kings of Tomorrow, Kerri Chandler, Marshall Jefferson, Tommy Musto and Smack Productions. The compilation is packed with sultry vocal lines and the sort of slick, irresistible grooves that defined the era.

Dave and Neil have dug out music that may have previously ‘slipped under the radar’ meaning a lot of the tracks included here are being digitised for the very first time. In searching deeper & wider than the average compilation, the package provides a thorough insight into why this was such a fertile period for production. It gives a nod to the sort of drum patterns, sampling techniques and vocal lines that have inspired the likes of Bicep, Brawther and Huxley amongst many more.

“If there is one person who links all these songs together it’s Paul “Trouble” Anderson. Though the tunes are mainly American the sound is very much the type of soulful house that Paul played and was popular in clubs here. There are so many classic songs from the 90s I heard for the first time either at his club or on Paul’s radio show. He absolutely loved his music and clubs, that was his life and he lived that life to the full. This album is dedicated to you Paul R.I.P.”- Dave Lee

“It was Paul that gave me my first ever break in this industry and was a dear friend to me right up until his passing. I'll forever be grateful for the opportunities he gave to me and the musical lessons he taught me throughout the years. We finished the track listing on this compilation way before Paul's passing but if you look through the playlist it could have been an out and out tribute album to the legend such is his influence over myself and Dave. So therefore I'd like to dedicate my selection to the one and only "Trouble" RIP.” Neil Pierce