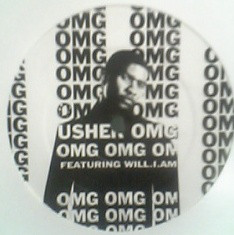 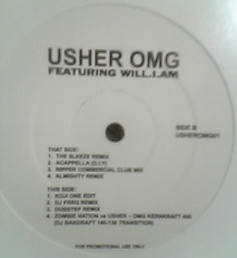 Usher Raymond IV (born October 14, 1978 in Chattanooga, Tennessee), known simply as Usher, is a Grammy Award winning American R&B singer-songwriter, producer and actor. He rose to fame in the late 90s, releasing the multi-platinum albums My Way and 8701. His success continued with the release of his 2004 album, Confessions, which has sold over 20 million copies worldwide, and earned Usher four American Music Awards and eight Grammy nominations. To date, he has sold approximately 40 million albums worldwide and has won five Grammy Awards. He released his debut album in 1994 and has since released 1997's My Way, 2001's 8701, 2004's Confessions and 2008's Here I Stand. His sixth studio album, Raymond v. Raymond, was released March 2010. In 1990 Usher joined an R&B local quintet called the NuBeginnings, which was organized by local music svengali, Darryl Wheeler and then he decided to pursue a career in music. Aside from recording, Usher has ventured into business. He has established his own record label, US Records, and is a part owner of the Cleveland Cavaliers franchise. He has also dabbled in acting, with a recurring role on the teen sitcom Moesha, and roles in the films The Faculty (1998, with Josh Harnett) She's All That (1999, with Freddie Prinze, Jr.) and Texas Rangers (2001, with Ashton Kutcher). Read more on Last.fm. User-contributed text is available under the Creative Commons By-SA License; additional terms may apply.

OTHER RELEASES ON AAA RECORDINGS OR BY USHER:

We have many other items in stock by Usher and on the label AAA Recordings.