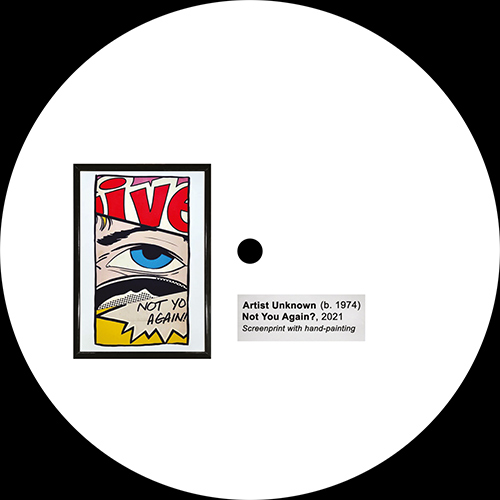 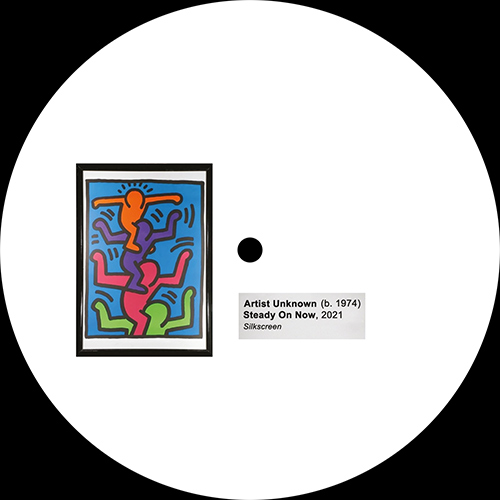 UNKNOWN / ARTWORK - STEADY ON NOW / NOT YOU AGAIN?

- NEW RELEASE
Sorry, this item is currently unavailable.
ARTIST:
Unknown / Artwork
TITLE:
Steady On Now / Not You Again?
LABEL:
Gallery
CATNO:
ART003
STYLE:
Deep House / Soulful House /
FORMAT:
Vinyl record
DESCRIPTION:
Funk Soulful House With Great Horns - It is safe to say, the Gallery’s exhibitions have become a date in the calendar you do not want to miss. Not dropping the brush on this one, their third private view is their biggest to date.

Two outstanding displays of artistry and retouching skill shrouded in mystery to this very day. A private collector however, who just so happens to moonlight as every DJs favourite DJ, did manage to acquire both pieces a while back and has been letting all hell break loose on the dancefloor with them ever since.

Many have clamoured to get their hands on these works, few have succeeded. Now the Gallery has them up for auction, but be quick, they won’t be around forever.

There are at least 4 artists with the name Artwork: 1) A UK garage/dubstep producer from London, England who released the Red EP on Big Apple Records in 2002 and is now a member of Magnetic Man with Skream and Benga. 2) Artwork are an electronica duo based in the UK that formed in 2008. Up until now they have been busy with other people's music, with remixes of Passion Pit, Late of the Pier and The Kills being released in both the UK and US. They're currently holed up working on original material of their own for imminent release in 2010. Their latest Wave Machines remix can be found at www.myspace.com/weareartwork 3) Neoclassical/Darkwave band with members Alexander Popp, Harald Lindemann, Jochen Schoberth, Markus Köstner, Matthias Konrad, and Oswald Henke. They released 5 albums, the most recent being Digital Kharma. 4) ARTWORK is a rock band based out of Hoboken, New Jersey -- minutes away from the bright city lights of New York City. Forming in 2009, ARTWORK consists of Darren Fisher (Vocals, Guitar), Jaime "Muneca" Munoz (Bass), and James Garcia (Guitar). "Skies", the band's first single, was released on I-Tunes on February 1, 2012 and their EP "Just to Feel Alive" was released on CD/Digital Download on March 13, 2012. "Just to Feel Alive" was produced by Jaime Munoz, and mixed by Dan Korneff (Breaking Benjamin, A Day to Remember, Paramore). Visit ARTWORKband.com for more information. Read more on Last.fm. User-contributed text is available under the Creative Commons By-SA License; additional terms may apply.
FREE SHIPPING ON ORDERS OVER £100 TO UK MAINLAND ONLY
See exclusions
View Cart