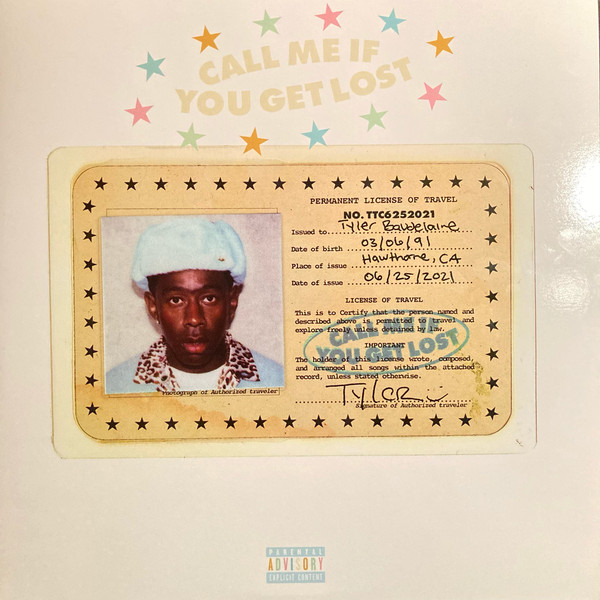 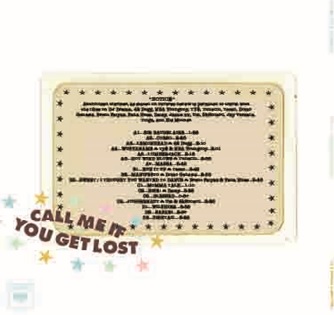 TYLER THE CREATOR - CALL ME IF YOU GET LOST

- NEW RELEASE
Sorry, this item is currently unavailable.
ARTIST:
Tyler The Creator
TITLE:
Call Me If You Get Lost
LABEL:
AAA Recordings
CATNO:
TYLERCALLME3691
STYLE:
Rap / Hip Hop /
FORMAT:
Vinyl record
DESCRIPTION:
2x12" Hip Hop Rap LP - Call Me If You Get Lost' sees Tyler, the Creator return to his roots, now more matured and refined. ... The album's first single gave us the old, aggressive Tyler; it boasted of wealth over an abrasive sample from the pioneering horrorcore group Gravediggaz, but with humor and grace infusing the lyrics.

Not two seconds into his sixth LP, CALL ME IF YOU GET LOST, Tyler, the Creator boldly stakes his claim with rap: ""Y'all ready?" booms the voice of DJ Drama, before the iconic "GANGSTA GRIZZILZ" tag jolts the album to life. Hosted by the legendary master-of-ceremonies, Tyler's latest LP imprints all the lessons of the last 8 years onto the raw rap talent of the Wolf era, combining visceral verses with expansive layers of production. Working with the likes of Westside Gunn and Freddie Gibbs has revitalised the outright fun of T's verses -- "AARGH, YOU LOOK MALNOURISHED" - as well as bringing the vivid storytelling of the former contrarian into subjects of vast personal import. It proves a sharp left turn after the progressive pop of 2019's IGOR -- but one that is realised with an unrelenting passion.

Tyler's work has always been a patchwork of ever-increasing palettes, and CMIYGL is his most complex to date. Recurring tricks are masterfully melded into new templates: "RUNITUP!" continues the build-and-burst of "See You Again," "RISE!" folds IGOR's layered vocal textures into new visions, and "LEMONHEAD" channels Cherry Bomb for what sounds like an unironic take on Pink Guy's "Club Banger 3000." Yet it's equally clear that Tyler is continuing to expand with the sounds of his collaborators -- an intergalactic warble colours Uzi’s “JUGGERNAUT” tour-de-force, while yacht-rap lessons from The Alchemist make for a spectacle on “HOT WIND BLOWS” and “SIR BAUDELAIRE.” These new strides find a potent home among Tyler’s powerful-yet-familiar production toolkit; “I been switchin' gears since Tracee Ellis Ross was UPN” he raps on digital-only closer “SAFARI,” its soundscape playing out like a collage of each of his technicolour eras.

As with every Tyler record, there’s a plethora of breadcrumbs to follow. The album’s central thread proffers a compelling forbidden-desire narrative, while the scratchy vocals akin to a much-referenced Wolf Haley are enough to make anyone drag their donut-print back out the wardrobe. In the minutiae, CMIYGL is equally abundant: "SWEET" is the full version of the interlude at the end of 2017's "I Ain't Got Time," while the Gravediggaz sample on "LUMBERJACK" is a sly wink to a tweet from the Bastard era. That’s saying nothing of the cryptic “Tyler Baudelaire”; fans of Charles Baudelaire may find the poet’s resonance in “WILSHIRE” and the album’s stretching, international escapism, though concrete answers remain shrouded.

OTHER RELEASES ON AAA RECORDINGS OR BY TYLER THE CREATOR:

We have many other items in stock by Tyler The Creator and on the label AAA Recordings.