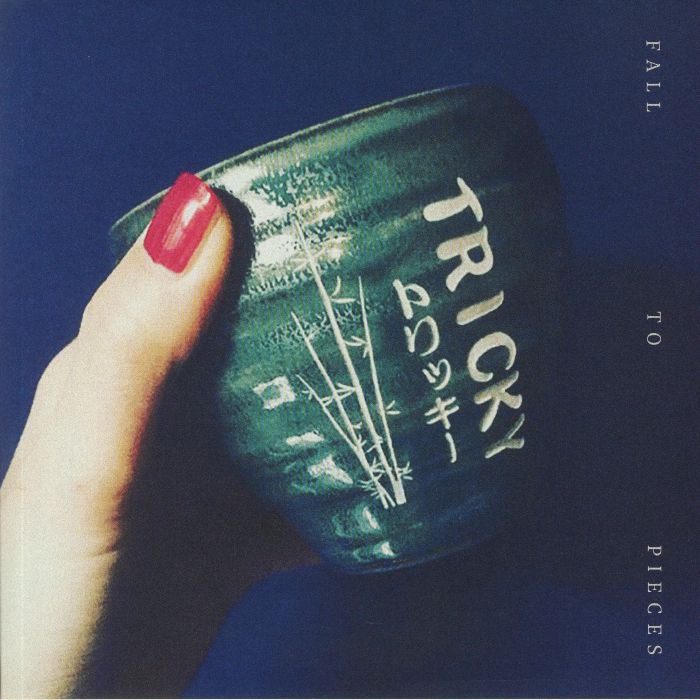 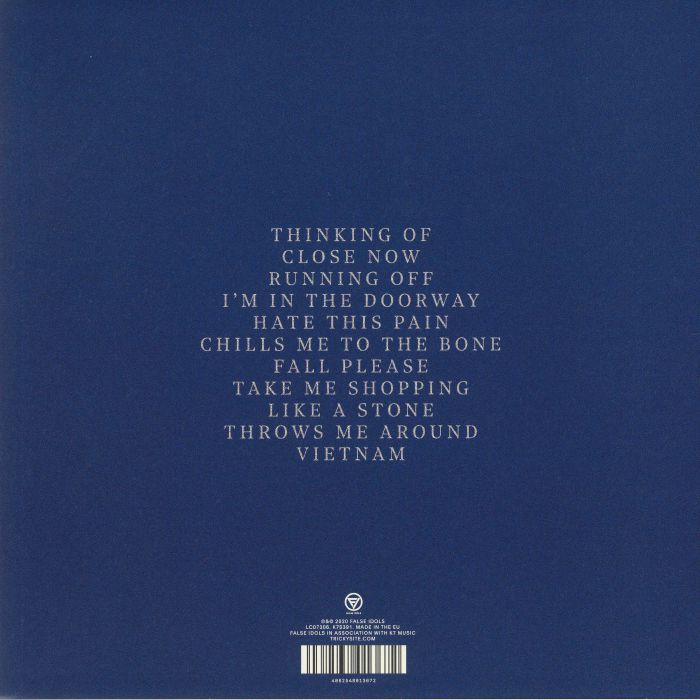 
"Fall To Pieces" was recorded in Tricky’s Berlin studio in late 2019. Tricky is keen to point out that the tracks on the record can be deceptive; often short, ending abruptly and moving on to the next without warning. Although instrumentation varies from bursts of tense synths, distorted dial tones, and samples, the song’s lyrics can be dark and dense. Tricky’s music has always enlisted female vocalists to carry his ideas: the majority of tracks on Fall To Pieces, including ‘Fall Please’ rely on Marta Zlakowska, the singer he discovered during a european tour when he was left without a vocalist on the opening night. She saved the tour from disaster. “I can tell when someone is humble and down to earth,” says Tricky. “Marta doesn't care about being famous, she just wants to sing.”

Adrian Thaws (born 27 January 1968), better known as Tricky, is a rapper and musician from Knowle West, Bristol, England who is important in the trip-hop scene (despite loathing the tag) and remains influential on the British scene more generally. He is noted for an asthmatic whispering lyrical style that is half-rapped, half-sung. As a producer and a musician he is known for having an aversion to perfection preferring to build up a dark, rich and layered sound. Culturally, Tricky bridges white and black Britain particularly in his fusion of rock and hip-hop, high art and pop culture. He drew his influences from rap (Public Enemy) to post-punk (he covered a Siouxsie and the Banshees's song Tattoo). Throughout his work, Tricky blurs the normally clear sexual definitions found within hip hop. Despite the heavy influence he drew from American hip hop in his debut album, Maxinquaye, he fights against typical sexual representations by, for example, dressing as a woman on the side sleeve of his album cover. Within many of his tracks he blends elements of varying types of music, and use his lyrics to create a much more ambiguous and blurry reality of sexuality. Maxinquaye remains his most commercially and critically successful album to date. About it, Tricky originally said in an interview with Raygun in October 1996 that he wanted to make an 'out-an-out punk record' and that "I thought it was going be heavier. I thought it was just going to be an out-an-out punk record. But you end up straying. What I wanted to do was a total fast album. Some of the tracks are fast and hard, but they didn't come out like that." He also said that he hated being stuck with the trip-hop tag so "That's why I did Nearly God, and that's why I did Pre-Millennium Tension. You can't see them as trip-hop albums. So I just keep running away from it. But the farther you run, it's still there. They'll find you." Ever since, Tricky' style has evolved away from obscure, sample-based textures to a more contemporary, electronic sound. Tricky was in Massive Attack and appeared in the movie The Fifth Element as well as the music video for Parabola by Tool. He has collaborated extensively with other artists on tracks on his various releases, including Bjork, Alanis Morissette, Cyndi Lauper, Anthony Kiedis , John Frusciante and Flea (of the Red Hot Chili Peppers), Martina Topley-Bird, and Alison Goldfrapp of Goldfrapp also many others. After his initial success in the latter 1990's, he started his own label called Durban Poison. Currently he is heading a new imprint called Brown Punk. Read more on Last.fm. User-contributed text is available under the Creative Commons By-SA License; additional terms may apply.
FREE SHIPPING ON ORDERS OVER £100 TO UK MAINLAND ONLY
See exclusions
View Cart