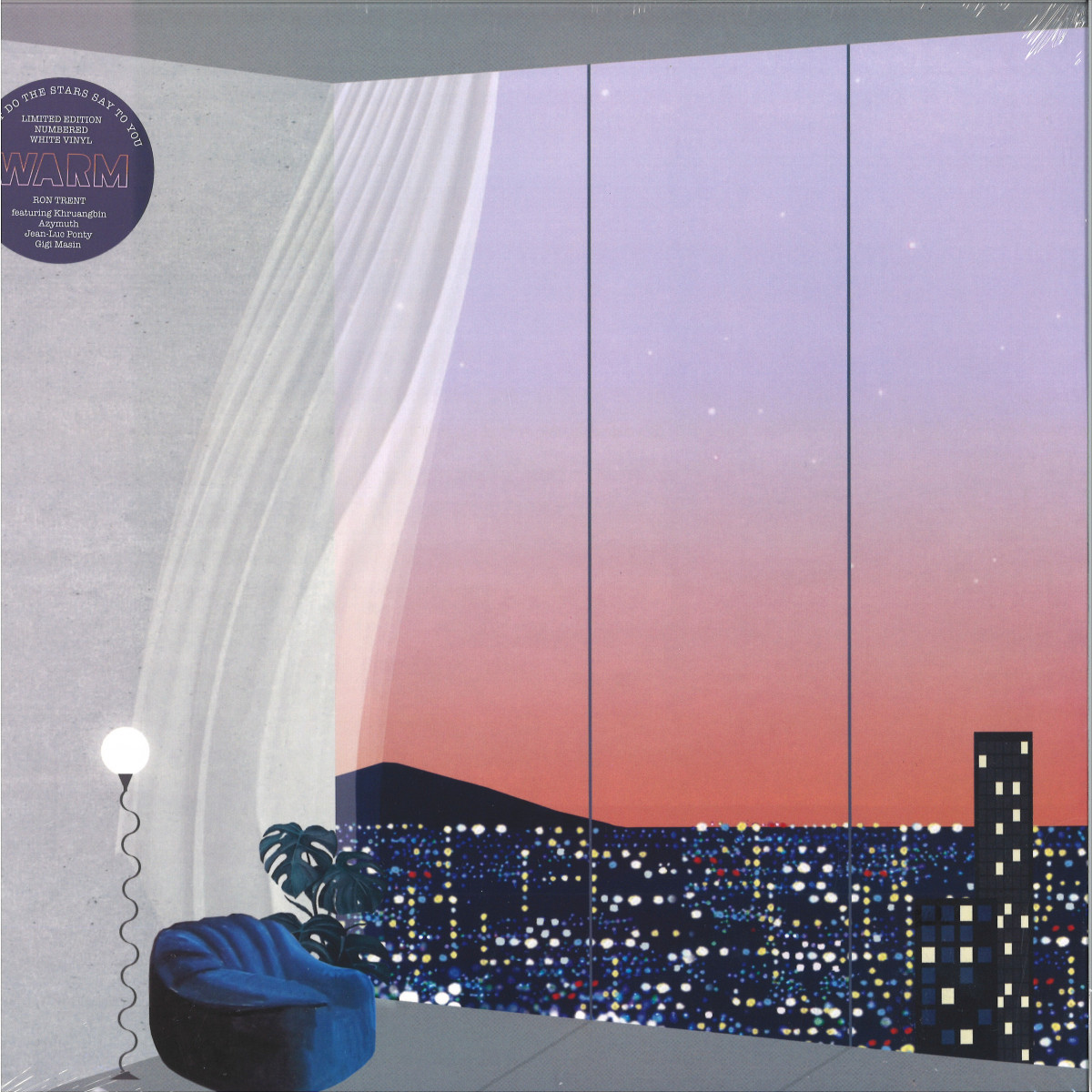 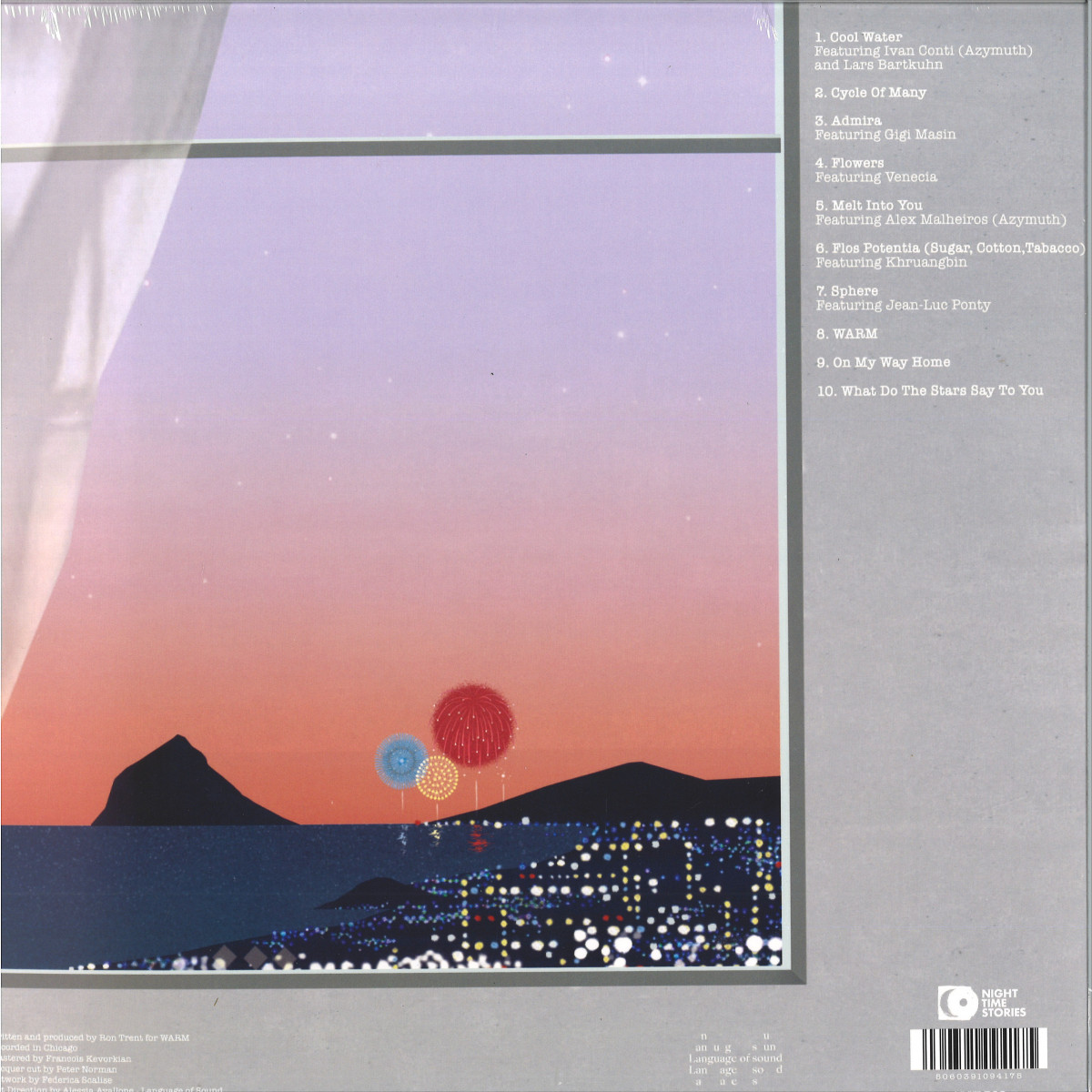 TRENT, RON - WHAT DO THE STARS SAY TO YOU

- NEW RELEASE
Sorry, this item is currently unavailable.
ARTIST:
Trent, Ron
TITLE:
What Do The Stars Say To You
LABEL:
Late Night Tales
CATNO:
ALNLP68X
STYLE:
Deep House /
FORMAT:
Vinyl record
DESCRIPTION:
2x12" Deep House, Downtempo With Jazz Flavas Pressed on Ltd Edition White Vinyl - In 1990 Ronald Lee Trent Jr. was the teenage creator of Altered States – a raw, futuristic techno-not-techno anthem, which in retrospect was something of a stylistic anomaly for the young artist. Across subsequent years, with time spent in Chicago, New York and Detroit, came the development of his signature sound, and renown as a world class purveyor of deep, soul infused house/garage. This story has already been told, and on casual inspection, the well-worn platitude ‘house music legend’ is an old shoe that still fits. However, in fact, he’s actually so much more, and has been for quite a while. A genuine musician, songwriter, and ‘producer’ in the proper, old-school sense, the artist today has more in common with Quincy Jones than he does your average journeyman DJ track-hack.

Harking back to the 70s and 80s boom in adventurous, luxurious albums, WDTSSTY is a love letter to the longplayer, where rich musicality and a liquid smooth, silky flow make seemingly odd genre bedfellows acquiesce harmoniously. Each song its own high-fidelity odyssey, Trent incorporated a broad range of live instruments and electronics into a sophisticated, euphonic whole. Described by him as being “designed for harmonising with spirit, urban life and nature”, this is aural soul food, gently easing you into balmy nights, where everything is alright.

Originally wanting to be an architect, Trent’s views his approach to collaboration and music in general as having the same principles. A firm believer in the nourishing qualities of sound, he sees direct parallels between the two disciplines, being as the purpose of good architecture is to improve quality of life. “With WARM, through sound design, I built frameworks for the musicians, who furnished and occupied these structures beautifully, which was a big compliment for me”, he comments.

The conditions required for a good collab are more than simply structural though, as Trent expounds, “I’m a huge fan of everyone on the record, especially Jean Luc and Azymuth, who’re part of my DNA. Each track was made with that guest in mind – for example, when I started writing ‘Sphere’, I immediately thought ‘this IS Ponty’. I played the keys in his style, and did a guide violin solo using a synth, which he then re-did, amazingly. ‘Cool Water’ is based around Azymuth themes, so when I sent it to Ivan, he could immediately see himself in the piece; He got what I was going for straight away. For ‘Melt Into You’ I hit up Alex on Instagram, sent him the track, he liked it, and within 24 hours he’d sent back six different bass passes!”
“Conversely, Admira began with a sketch sent by Gigi and became something combining Jon Hassell-esque chords and the feel of ‘Aquamarine’ by Carlos Santana, which links back to Masin’s recurrent nautical theme”, he adds.

With community, history and the need for racial equality never far from Ron’s mind, ‘Flos Potentia’ translates from Spanish as flower power, but rather than promoting some hippy idyll, instead it refers to plants which drove the slave trade: tobacco, sugar and cotton. Joined by Khruangbin, together they propel Dinosaur L, Hi-Tension and afrobeat into an ethereal, clear-skyed stratosphere.
Aside from these esteemed guests, other key influences cited by Trent include ‘Gigolos Get Lonely Too’ by Prince, ‘Beyond’ by Herb Alpert, David Mancuso, Jan Ha

PLAY
CUE
MP3
a1
Cool Water
a2
Cycle Of Many
a3
Admira
a4
Flowers
a5
Melt Into You
b1
Flos Potentia (Sugar, Cotton, Tabacco)
b2
Sphere
b3
Warm
b4
On My Way Home
b5
What Do The Stars Say To You

A perennial presence in music since the early 90's, Ron Trent pulls no punches! Considered to be one of the architects of the Chicago music scene, Ron studied and collected various types of music as a young boy, taking cues from his father who ran a record pool in the late seventies. Later becoming a respected DJ in his early teens in the mid eightes. Ron began to work on his own productions which lead to his first release, the highly recognized classic "Altered States" in 1990, giving him international acclaim. Through his 13 year old Prescription Records, Ron has notched up an extensive back catalogue of his own productions and introduced several key players. Prescription is widely regarded as one of the most influential Deep House imprints of the period. In the early 90's, Ron collaborated with House/R&B team Hula & Fingers, producers for Jive records and production credits with Jazzy Jeff & The Fresh Prince, Kool Mo D, High Five, Lidell Townsend and MTF. Under the direction of Hula & Fingers, Ron began to develop his skills as producer and musician by incorporating his training as a percussionist along with developing skills on the keyboards. After several releases on Club Records, Hula & Fingers classic imprint, Ron went own to form his own label with renowned vocalist/producer Chez Damier. In 1993, Ron and Chez began creating the template for what would become the signature Prescription sound, eventually finding it's way into various remix and writing production hits, and implementing the conception of Prescription Records. Prescription Records, together with it's sister label Balance, introduced the likes of Anthony Nicholson, Abacus, Glen Underground (CVO), Moody Man, Norma Jean Bell, Joshua, Peven Everett, Rob Mello, and Luke Solomon to the world. During its course, Pre scription became known for issueing superbly produced, often epic dance music by drawing influences from all over the globe and delighting club goers, as well as DJs with its highly unique sound. Ron's sound expanded in 1997 with the release of the dance classic "Ncame U... With writing partner Anthony Nicholson, famed vocalist D'bora, and Peven Everett on trumpet, this record launched Ron onto the NYC dance scene. After Ron's move to NYC, he quickly gained respect as a DJ/Producer by doing various gigs at Body and Soul, Shelter and hosting his own events at the legendary night club Vinyl in downtown Manhattan. Ron..s DJ and production skills caught the attention of the owners of Giant Step. Together, they began to create a new sound that would lead the way for the future of Giant Step the club and Giant Step the label. In 2000, Ron started his residency with Giant Step at Shine, bringing forth a fusion of Neo Soul, Jazz Funk and World music while merging it into a dance formula. The party Giant Step Weekly Sessions, sponsored by Levi's and Evian, played host to many loyal weekly followers. With Ron's vast knowledge of music and Giant Step..s thirst for the cutting edge, the event became one of the most top rated nights in NYC. Ron's in house productions on the Giant Step/Sony label, featured artists such as Amel Larrieux, Jodey Watley, Anastacia, Donnie, Carl Hancock Rux, Lina, just to name a few. His productions have lead to work with other greats including Tony Allen, Chucho Valdes, Papa Weba, 4Hero, Amp Fiddler, Groove Collective, as well as various other world artists. DJ compilations include: ..Giant Step Sessions.. (Giant Step), "Musical Reflections (R2 BBE), ..Afro Blues.. (Kings Street), ..Deep&Sexy 2.. (Wave music), ..Abstract Afro Journey.. (King Street). Outside of running his record labels, Prescription and the new imprint Future Vision, Ron continues his work as an international DJ. Together with his partner, Sonia Hassan, Ron..s monthly Chicago residency AFRICA HI FI allows him to educate people musically by presenting interactive formats of visual art. On Ron Trent's musical quest for knowledge and tones, there will be more to come from this musical pioneer. Read more on Last.fm. User-contributed text is available under the Creative Commons By-SA License; additional terms may apply.
FREE SHIPPING ON ORDERS OVER £100 TO UK MAINLAND ONLY
See exclusions
View Cart