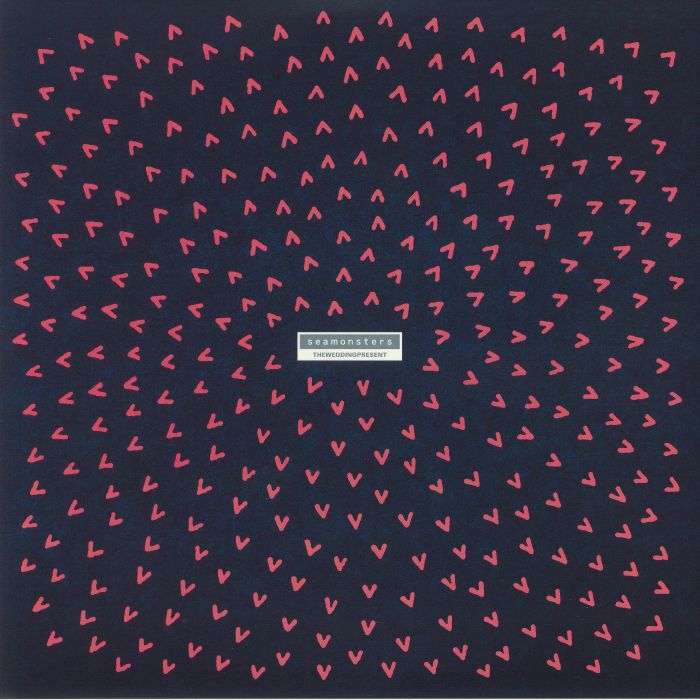 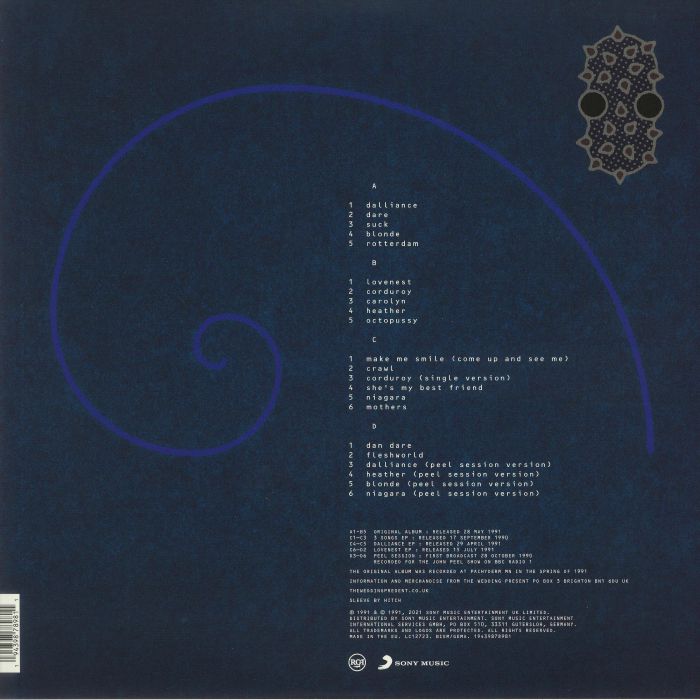 It is the third studio album by the British band and was recorded in 10 days in America with producer Steve Albini, which gave the album a rougher, harsher overall sound than the group's earlier albums. It was well received on release and has continued to be featured in critics ‘Best Of’ lists such as The Guardian’s 1000 Albums To Hear Before You Die (“ one of the most excoriating, exhilarating British indie albums of (the 90s)”.

The 2LP package includes the studio album alongside the 3 Songs, Dalliance, and Lovenest EPs plus the John Peel BBC Radio 1 Session from 1991 featuring versions of four songs from the album.

The expanded artwork has been put together by Hitch, the original designer, and the whole project has been overseen by the band’s leader

Last FM Information on The Wedding

1)The Wedding is a Christian rock band from Fayetteville, Arkansas currently signed to Brave New World Records. So far the band has released a self-titled debut album, an EP called "Rumble In The South", their sophomore album titled "Polarity", and an EP titled The Sound The Steel. They recently came out with a new self release EP titled Distance. This EP has six new powerful tracks on it that hit you hard in the face. Their music is full of monstrous hooks and well written lyrics with sounds of pop punk, rock, post-hardcore, and southern rock all evident in their songs. They have toured with Falling Up, John Reuben, Anberlin, Bleach, Disciple, Spoken, Deas Vail, and are featured in numerous music festivals in their hometown of Fayetteville, Arkansas. 2)Claire Johnson: vocals, viola; Roger Griffin: bass; Annette Simpkins: lead vocals; Amanda Johnson: violin, vocals; Larry Crow: guitar, effects; Folk-psych band formed in the summer of 1982 by twin sisters Claire and Mandy Johnson. Rarely seen treading the boards on the international London circuit, The Wedding are more likely to be found in local folk clubs in their native Dorset. Read more on Last.fm. User-contributed text is available under the Creative Commons By-SA License; additional terms may apply.

There are at least 4 artists/bands that go by the name ent: one Japanese, one Italian and one American. --- ent is the name of a solo project by the singer and guitarist of ストレイテナー ホリエアツシ (Horie Atsushi) mainly focusing on experimental electronica influenced pop. http://www.myspace.com/entjp --- Italian multi-instrumentalists Michele Scariot and Emanuele Bortoluzzi formed ENT in the end of 2000, shortly after they first met. Their music is a journey through different sounds and ways of composition. ENT tries to hybridize forms that include everything from electronica, post-rock, turntablism, plunderphonics, noise and electroacoustic improv, with a main interest in live performance. http://www.baskaru.com/ent.htm --- ent was a math rock band from Sacramento, CA featuring the use of warr guitar(bass and guitar strings on one neck which is intended for tapping) on some of their tracks. Their tracks include: Underwater They Looked Like Spaceships, Archelon Was The Largest Sea Turtle, Biplane Hates Monoplane, Polywog, Damsel Ipis, Offshore Mcguyver, and Farewell Metropolis. They broke up in 2002 after recording a demo cd with 5 tracks and a 7 inch on Omnibus Records. One of their members, Carson McWhirter, has been in The Advantage as well as recently joining Hella. www.myspace.com/ent --- 'Ent' is a project from Irish Musician Eoghan Mac Uidhir. Ent is spawned from a love of Celtic music, folklore, mythology and J.R.R. Tolkien. All music is free of samples and composed/performed/produced by Eoghan himself. http://entireland.bandcamp.com/releases Read more on Last.fm. User-contributed text is available under the Creative Commons By-SA License; additional terms may apply.
FREE SHIPPING ON ORDERS OVER £100 TO UK MAINLAND ONLY
See exclusions
View Cart