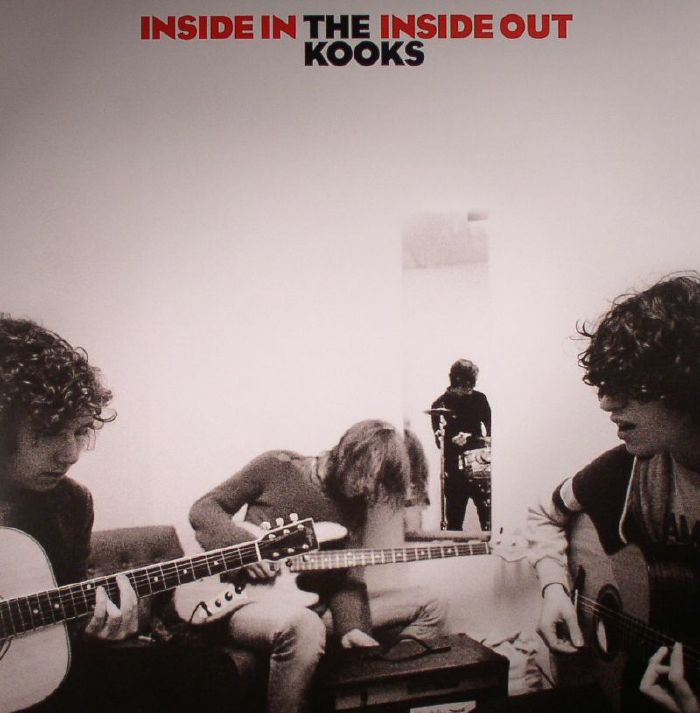 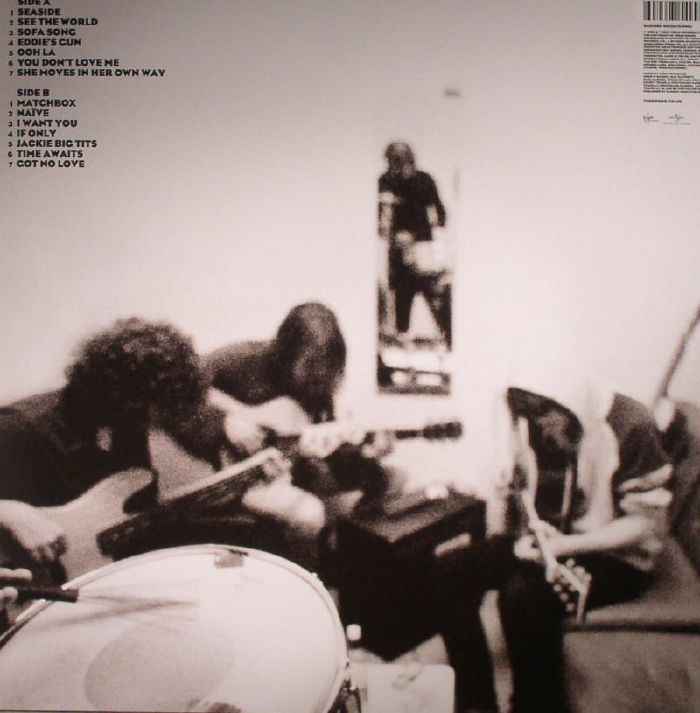 THE KOOKS - INSIDE IN, INSIDE OUT

The Kooks arrived fully formed in 2006, for their debut sounds like the work of a band well into its career: the confidence with which the foursome from Brighton play and the abandon with which Luke Pritchard sings; the witty songcraft and deft arrangements; the drama and fervor they unleash from the very first notes and carry through to the end. They display maturity but also play with the fervor of kids and project a wide-eyed charm that is very endearing. On most of Inside In/Inside Out, the band sounds like a more energetic Thrills or a looser Sam Roberts Band, maybe even a less severe Arctic Monkeys at times. Along with these modern kinships and influences, the band is heavily indebted to classic rock. Traces of Thin Lizzy's romantic lyricism pop up on tracks like "Eddie's Gun," and so does a bit of post-punk spikiness on "You Don't Love Me," some Dexys singalong booziness on "She Moves in Her Own Way," and a hint of jam-band funk on "Match Box." Quite varied influences, and in the end the band sounds like the Kooks and no one else. A nice and unique sound doesn't mean much without some songs to fill it out, and the Kooks deliver plenty of memorable tunes. "Eddie's Gun," "See the World," the unfortunately named "Jackie Big Tits," and "Ooh La" are very strong and, taken together, equal the output of just about any pop/rock band around in 2006. The only song that falls flat is the over-long reggae-rocker "Time Awaits." It's the only track that breaks the four-minute mark, and it shows that the Kooks' strength isn't stretching out and jamming; their chops are best suited for short, sharp blasts of invigorating pop/rock. When they stick to that, the Kooks are an exciting, very promising band, and Inside In/Inside Out is an excellent debut.

Last FM Information on The Kooks

British indie rock band - formed in Brighton, England, United Kingdom in 2004. The band currently consists of Luke Pritchard (vocals, guitar), Hugh Harris (guitar), and Alexis Nunez (drums). They have released five studio albums; their 2006 debut Inside In/Inside Out peaked at number two on the UK Albums Chart, and their 2008 follow up Konk reached number one. The Junk Of The Heart (Happy) Songfacts reports that Pritchard found himself writing lyrics containing a lot of emotional drama for their third album and the phrase ‘junk of the heart’ kept coming back to him. Junk Of The Heart was released September 12, 2011. The Kooks released two more albums: Listen (2014), and Let's Go Sunshine (2018), which both peaked within the top 20. The Kooks formed at the Brighton Institute of Modern Music, where they were all students. Lead singer and rhythm guitarist Luke Pritchard, got bassist Max Rafferty involved in a college project, which formed the base of the band. After getting lead guitarist Hugh Harris and drummer Paul Garred involved, they took their name from the song Kooks on the 1971 David Bowie album Hunky Dory. When they tried to trademark the name, they found that in the late/mid 1990s a Swedish band by the same name released an album in Sweden called Too Much is Not Enough. The Kooks released a debut EP and played gigs around Brighton, where they were based at the time. They were signed to Virgin Records. 2. Swedish indie rock/alternative band - It consisted of members Henrik Berglund, Leo Dahlin, Michael Lohse and Josef Zackrisson, and was active between 1998 and the early 2000's. Micke Lohse and Henrik Berglund are currently members of the band Atomic Swing. Read more on Last.fm. User-contributed text is available under the Creative Commons By-SA License; additional terms may apply.
FREE SHIPPING ON ORDERS OVER £100 TO UK MAINLAND ONLY
See exclusions
View Cart