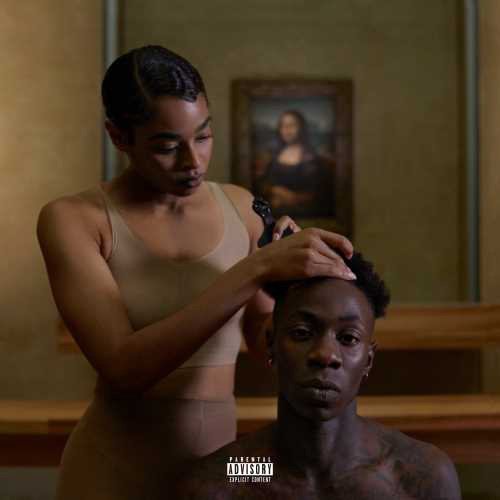 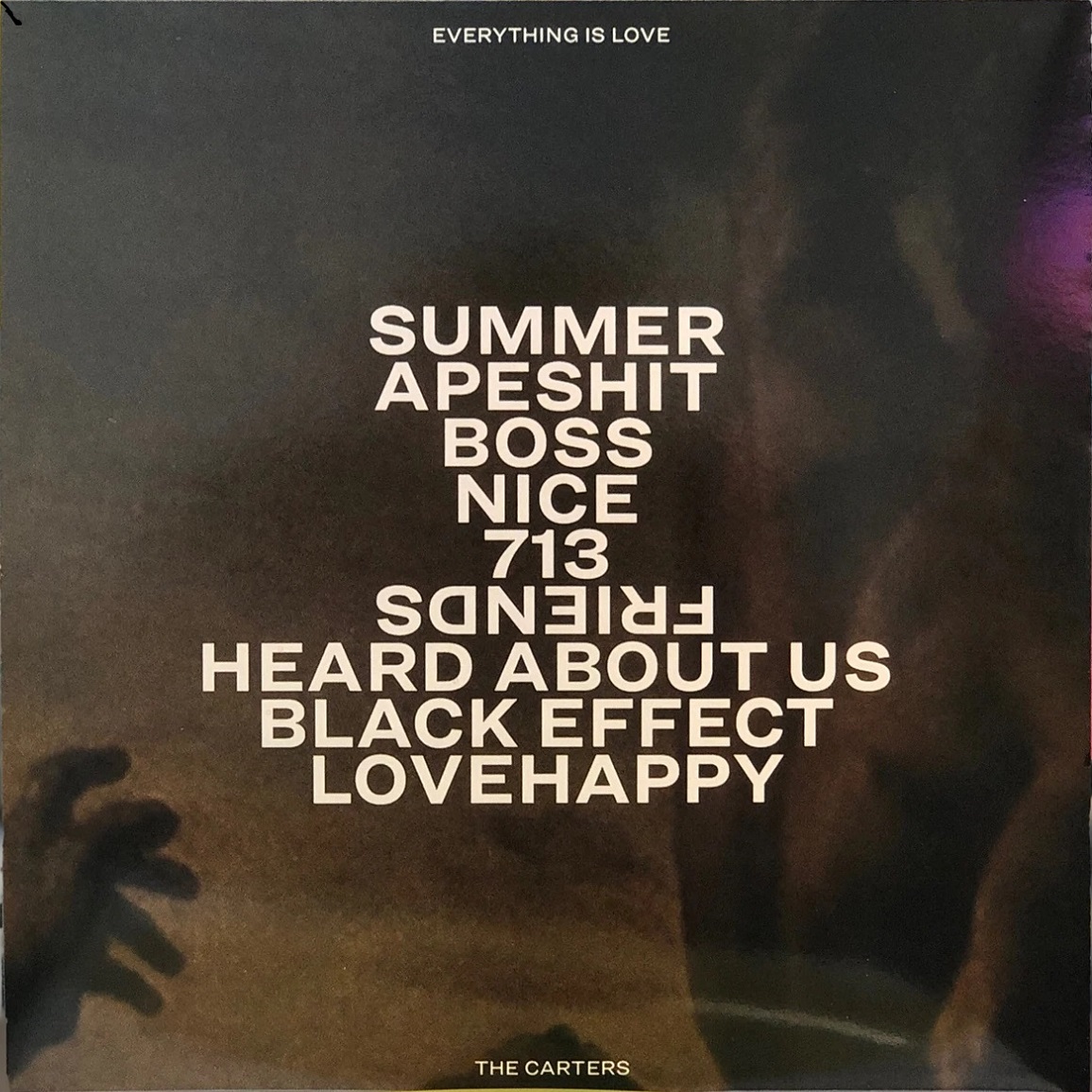 THE CARTERS - EVERYTHING IS LOVE

Hip Hop / R&B & Rap - 1st time on Vinyl - The Carters are a duo made up of obscure musical couple Beyonce Knowles and Jay-Z. I jest, of course, everybody knows who they are. Yes, is the mega superstar couple who have finally got together musically too. Everything Is Love, as you can probably imagine the album mixes rap and R&B. It has been reviewed well pretty much everywhere so why not give it a spin yourself? LP and CD on Columbia

Capping off the autobiographical relationship saga started by Lemonade and 4:44, Beyoncé and Jay-Z present a united front as the Carters on their surprise release Everything Is Love. Unveiled without warning while on the European leg of their joint On the Run II tour, the album extends themes from Beyoncé's Lemonade (Jay-Z's infidelity, her strength and power) and Jay's 4:44 (family, penance, and the black experience), celebrating the couple's cultural clout and self-made wealth through the lens of forgiveness. It's also a sonic master class in marital counseling and commitment, wherein Beyoncé emerges with the upper hand and a contrite Jay is lucky she's so gracious. Vocally, it's a similar story: Beyoncé shines here, balancing light rap verses ("Apeshit" and "Nice") with some of the prettiest vocals she's recorded in years ("Friends"), while Jay offers his standard braggadocious bars that nonetheless make an impact for their occasional honesty and humility (like on one unflinching exchange in "LoveHappy" where Beyoncé angrily alludes to the infamous Becky-with-the-good-hair and their vow renewals after Jay's cheating, to which he exclaims, "Yo, chill man!"). These interactions provide plenty of charm on Everything Is Love, which manages to be casual in its delivery while carrying emotional heft for fans who have followed this Empire-esque dramatic arc since Lemonade dropped in 2016. In addition to executive production by Beyoncé and Jay themselves, a team of collaborators provides enough stylistic variety to support the thematic tone, from the aggressive trap anthems "Apeshit" and "Nice" -- courtesy of Pharrell Williams -- to the sun-kissed romance of "Summer," whose Cool & Dre also provide classic-sounding atmosphere on the sample-riding "713" and "Black Effect." The carefree confidence on "Heard About Us" benefits from Boi-1da and team, while TV on the Radio's Dave Sitek joins for the bold "LoveHappy." Their reconciliation under intense public scrutiny and fame makes the album even more of a triumph, a spirit that peaks on the uplifting power anthem "Black Effect," which delivers on "713"'s assertion that there "Ain't no way to stop this love/Ain't no space if everything is love." Hand in hand, Beyoncé and Jay-Z do it together on Everything Is Love, a timely document that shows even the most powerful couple in hip-hop can still endure the most trying and human of challenges.

Last FM Information on The Carters

The Carters is a R&B/Hip-Hop duo formed by married couple Beyoncé & JAY-Z. Their first collaborative album, titled Everything Is Love, was released exclusively on the streaming service Tidal on 16 June 2018 with no prior announcement taking place. The album was supported by lead single "Apeshit" and non-album promotional single "Salud!" Read more on Last.fm. User-contributed text is available under the Creative Commons By-SA License; additional terms may apply.

OTHER RELEASES ON AAA RECORDINGS OR BY THE CARTERS:

We have many other items in stock by The Carters and on the label AAA Recordings.