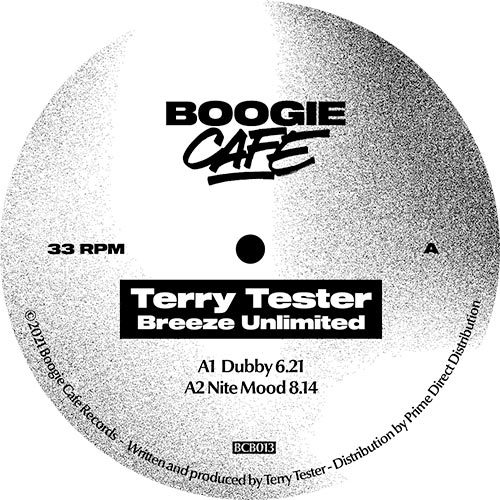 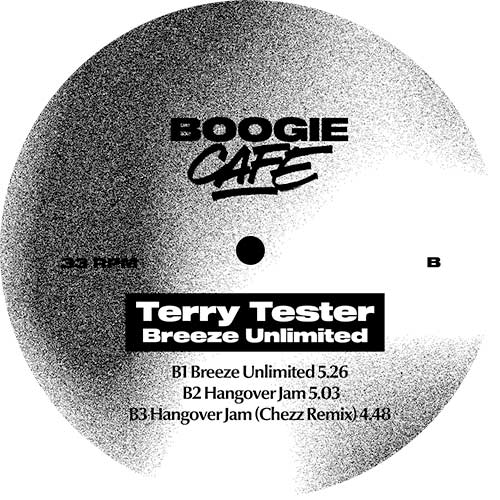 This Danish producer, is no newcomer, having first come to the attention of distinguished listeners as part of production duo The Works at the tail end of the 2010s. Since then, he’s delivered a handful of admired EPs for Mixed Ape Music, Copenhagen Underground Posse and, most recently, Creak Inc.

Given his quietly impressive track record, it’s no surprise that he has delivered the goods on his Boogie Café debut. The EP’s four original tracks bristle with hazy melodiousness, combining dusty musical motifs and deliciously deep sounds, with tried-and-tested dancefloor grooves.

He sets the tone with ‘Dubby’, an ultra-deep and hypnotic late-night excursion in which echoing, soulful vocal snippets and rich riffs rise above a raw, analogue bassline and fizzing drums, before offering an even more atmospheric outing in the shape of the bass-heavy broken beat/deep house fusion of ‘Breeze Unlimited’, where jazzy piano solos and spacey chords catch the ear.

Terry's love of grimy old drum machines and weighty analogue basslines is explored further on ‘Nite Mood’, a locked-in number that remains deep and alluring thanks to some spell-binding chords and yearning musical flourishes, while the bustling and busy ‘Hangover Jam’ boasts some brilliant percussion programming, whistling synthesizer melodies and one of his most impactful basslines to date. To round off the EP, Boogie Café label partner Chezz delivers a sublime interpretation of ‘Hangover Jam’, successfully re-imagining the track as a deep, melodious, jazz-funk flavoured broken beat jam.

Terry Tester (real name: Thomas Månsson), based in Copenhagen, Denmark, is one half of acclaimed duo The Works which he formed with friend and fellow producer Twelve Beats to release the Yokohama EP (Rust Music) in 2009. Has been involved in the production of several projects including Danish outfits Vincent Van Go Go and Nobody Beats The Beats. Was commissioned in 2006 by Marc Mac to submit a remix for the Visioneers' Dirty Old Remixes (BBE) appearing alongside heavyweights such as Dj Jazzy Jeff and Denz. In recent years his work has featured on mixtapes and compilations courtesy of Bobby Evans (LA), Earnest Endeavours (LDN) and Brownswood Recordings (LDN). 2012 will see the release of his first ever solo project. An 11-track ep on Danish MC Per Vers' imprint Mixed Ape Music. Read more on Last.fm. User-contributed text is available under the Creative Commons By-SA License; additional terms may apply.
FREE SHIPPING ON ORDERS OVER £100 TO UK MAINLAND ONLY
See exclusions
View Cart