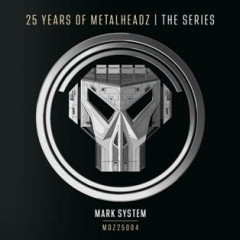 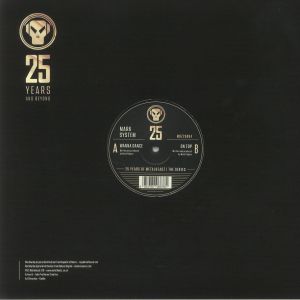 Based in Ibiza, Mark's only past contribution to the label is a singular remix but it's always seemed inevitable he would one day have his own Metalheadz release. He has been described as somebody who has "impeccably honed his sound", a sound that is distinctively mature, naturally unique and highly emotive, all of which are as recognisable as ever across these two tracks.

With well over a decade of professional contribution to the music industry, Mark System is a recording artist for Shy FX's "Digital Soundboy Recording Company". He is a trusted producer, having written some of the most popular Drum 'n' Bass music in the last few years. Mark's discography includes remixes of top 10 singles for Magnetic Man and Rizzle Kicks, alongside underground reworks for Rob Da Bank and Tom Middleton. He regularly performs across the World and is a former promoter of award winning events in London. By officially adjoining DJing to his artistry, a loop in System's musicianship is now complete. As an MC, pure versatility has earned him regular performances in high profile international locations. Shows at Fabric Live, Hospitality, Gate Crasher, Metalheadz, Renegade Hardware, Notting Hill Carnival and SteppinSession (Russia) are all testament to his abilities. A range of radio stations including BBC Radio 1 & 1Xtra, Rinse FM and Ministry Of Sound have featured him as a guest and performer as have D&BTV. System made appearances on the popular 7 part ITV series 'Joy Of Decks' reaching a worldwide audience. He has compered at many large non Drum 'n' Bass events like festivals, university balls and live music concerts. DJ performances have placed him in exclusive settings ranging from Selfridges to Bungalow 8 and as far from his London home as Moscow and Ekaterinburg. Mark is an accomplished composer and multi-instrumentalist with releases on Digital Soundboy, Exit Records, Shogun Audio, Subtitles UK, Ministry Of Sound, Sony Columbia, Sunday Best, Fabric Record, Universal Island and more. He has credits to his name for mastering & mixing, producing for pop artists, consulting, making & arranging music for various designers at London Fashion Week, scoring for short films and TV, sound design, voice-overs, creating radio jingles and adverts to mention a few. A selection of Mark's Drum 'n' Bass is lined up for Digital Soundboy and other outlets under his production pseudonym "Mark System". Contact Mark directly - info@marksystem.co.uk "One of the few emcees to make a successful transition into production, this skilled wordsmith is also remarkably talented behind the boards. A talent worth keeping more than half an eye on." Fabric London Read more on Last.fm. User-contributed text is available under the Creative Commons By-SA License; additional terms may apply.
FREE SHIPPING ON ORDERS OVER £100 TO UK MAINLAND ONLY
See exclusions
View Cart