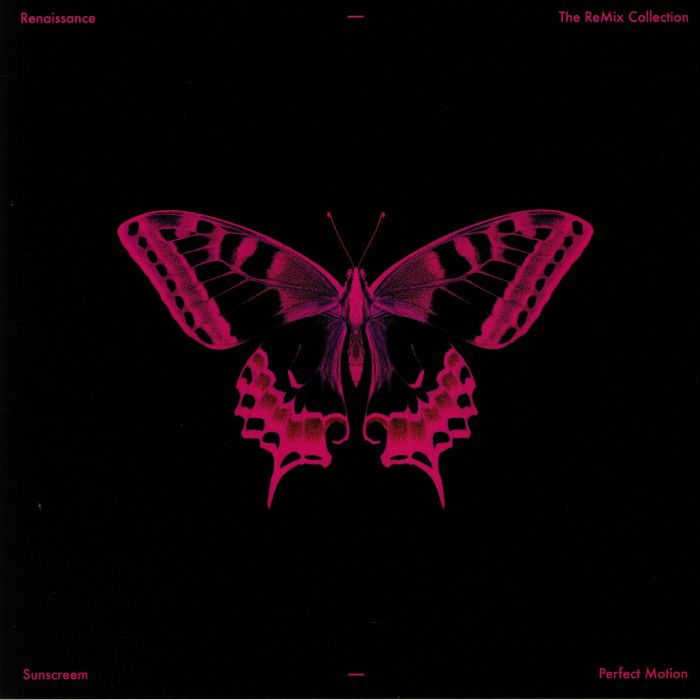 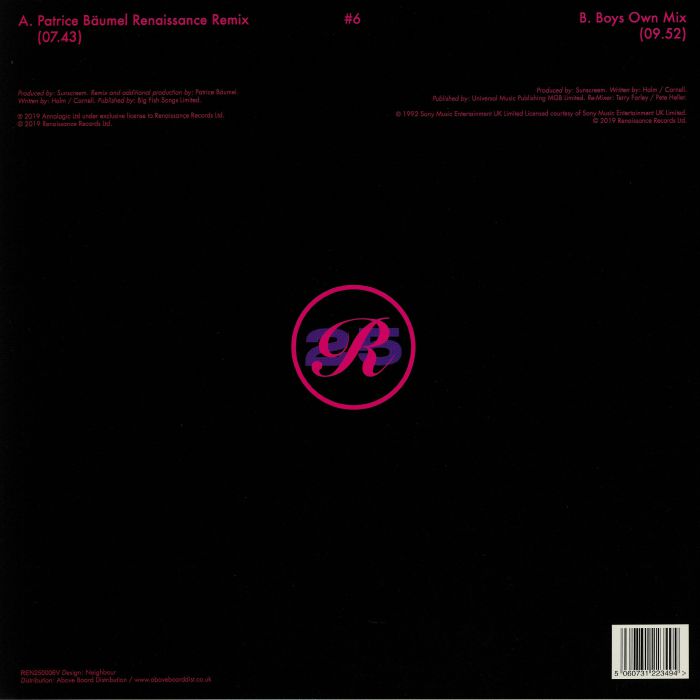 having begun life as part of Sunscreem’s live sets and in near unrecognisable form on their debut album ’03', it went down a convoluted path of various mixes; first ‘in-house’ with the band’s resident DJ’s Dave Valentine and Lee Metson and then, when selected as the follow-up to their first hit Love U More, by way of remixes courtesy of Leftfield, Carl Cox and, of course, Farley and Heller’s Boys Own Mix.

Dave Valentine was a big admirer of Boys Own and wanted them onboard,” explains Sunscreem’s Paul, “we literally had to beg Sony to let them have a crack at it and, even then, weren’t overly impressed with the result. It was only after Pete Tong played it on Radio 1, describing it as ‘their best work ever’, that they changed their minds.”

The rest, as they say, is history. Although a dance chart number 1 and top 20 hit on release, its enduring appeal undoubtedly goes hand in hand with its inclusion on Sasha and John Digweed’s ‘Renaissance - The Mix Collection’. Vocalist Lucia picks-up the story, “The fact Perfect Motion was so different on our album was a key factor I think.

The Mix Collection introduced the Boys Own mix to a wider, global audience in all its glory for the first time.” And an audience that proved to be, fast forward 3 years to 1997 and the now worldwide appeal of the track was fully realised when the band were booked to play legendary New York club Twilo. With thousands outside blocking the street and the club packed to the point they were forced to open the fire escapes, the promoter turned and said, “They’ve come to hear you play Perfect Motion!”Now Patrice Bäumel seizes the enviable, though daunting challenge, of updating the track for 2019 (just).

Not that he need have worried, if ever there was a hairs-on-the-back-of-your-neck dance anthem you need in your Christmas tune stocking, this is it. The mix captures all the emotive drama of the original, whilst subtly contemporising it with a stripped back, cleaner sound. “I actually requested Perfect Motion,” says Patrice, “the remix projects I am most interested in are the ones that allow me to cross genres and where at the same time I love the original material.

Sunscreem’s Perfect Motion ticks both these boxes. I have been in love with the blissful vocals and pad section of this classic forever. The original has this lovely 90’s UK indie rave feel, similar to EMF’s Unbelievable. To me, those were formative years, I remember watching MTV all day, hoping for anything resembling electronic music to interrupt the endless stream of grunge and rock ballads.

My reinterpretation aims to transport the original into modern times and make it suitable for today’s dancefloors. At the same time, I wanted to keep an element of nostalgia in there for those who have been around long enough to have fallen in love with Perfect Motion back in the day. The result is a record that I think has the potential to appeal to house and techno DJs alike.”