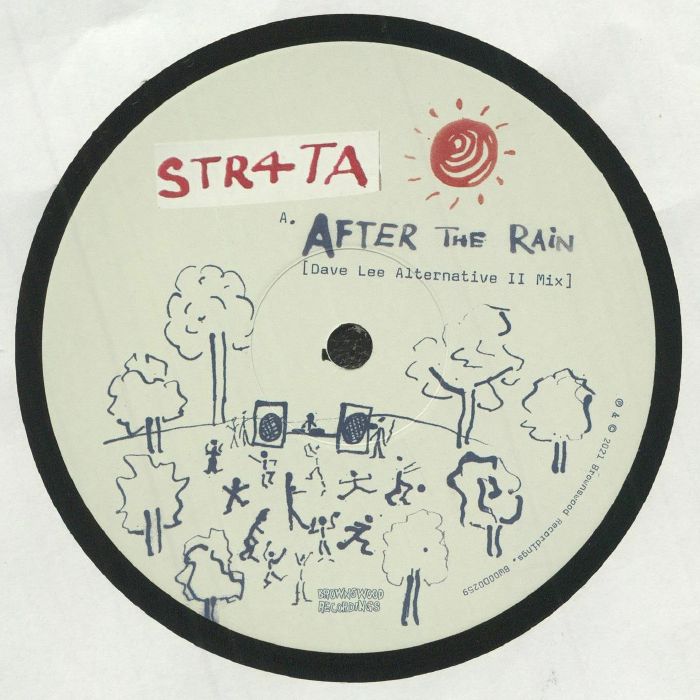 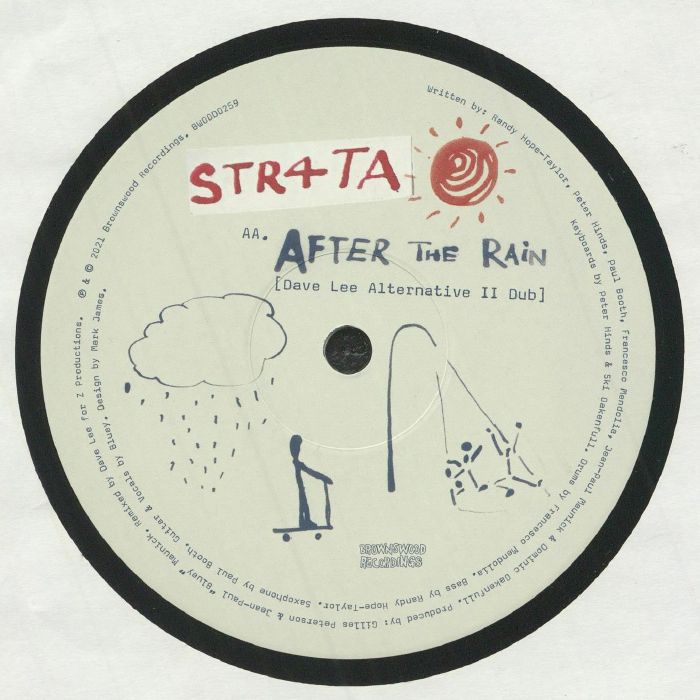 This rework of "After The Rain’=" harps back to the classic Brit-Funk era whilst tailoring it to contemporary club culture with a spaced out dub; conscientiously keeping the essence of what is magical in the original mix. With the aim of giving more exposure to parts which are not so prominent in the original, Lee’s production process involved rearranging and rebalancing those parts, using a fading technique to create tension, moments and surprises that flow together, capturing that raw, moment to moment interaction and improvisation by the musicians involved.

Long-time friends and collaborators, Gilles & Jean-Paul “Bluey” Maunick announce new project, STR4TA, reinvigorating the loose, protean energy of the early-80s Brit-funk scene. STR4TA sees them mine new musical possibilities out of that shared formative era. Bringing a fresh slant to a sound first developed by groups like Atmosfear, Hi-Tension, Light of the World and Freeez – with Maunick, it should be noted, also a member of the latter two bands – it’s the first material that Maunick and Peterson have released together in over a decade. “The idea of the project was to capture that raw, moment to moment sound,” Maunick says, drawing a contrast to the touches of refinement he and his peers have acquired in the years since. In its early days, the Brit-funk sound – and the London jazz-funk milieu it grew out of – was rooted in raucous live shows, rivalling those of the punk bands in that same period. Recalling his role in the process, Peterson says he was the one making sure things didn’t get too polished. “I was there at the back, telling them, no, leave it like that, cut it there, or just use that first take,” he says. Following the success of the single ‘Aspects’ & the Demus Dub remix in September 2020 supported by Francois K, Trevor Jackson, Colin Curtis & Moses Boyd to name a few; the album announcement is accompanied by the second single ‘Rhythm In Your Mind.’ STR4TA showcase another masterclass in wrapping a track tightly around the groove, showing off the taut musicianship of Francis Hylton, on bass, and Matt Cooper, on keys and drums. Read more on Last.fm. User-contributed text is available under the Creative Commons By-SA License; additional terms may apply.
FREE SHIPPING ON ORDERS OVER £100 TO UK MAINLAND ONLY
See exclusions
View Cart