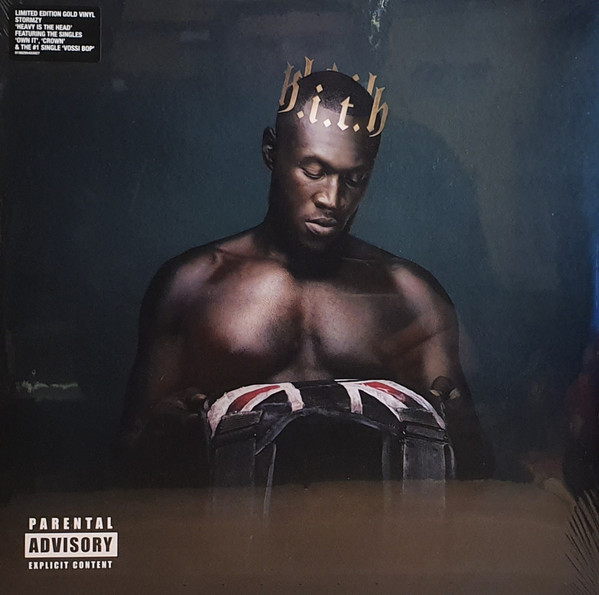 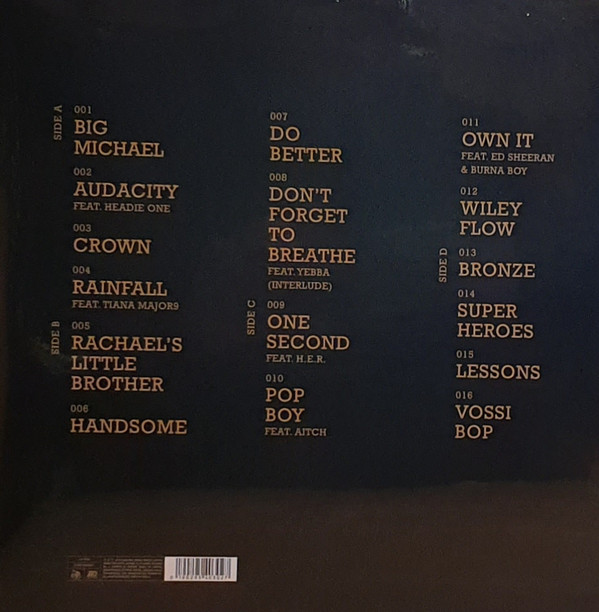 STORMZY - HEAVY IS THE HEAD

Stormzy emerged as one of the most promising talents associated with grime's revival circa 2014, and it didn't take long for him to become one of the U.K.'s biggest pop stars. His widely praised 2017 full-length debut, Gang Signs & Prayer, entered the charts at number one and was eventually certified platinum, in addition to being crowned album of the year by the Brit Awards and MOBO Awards, among others. Leading up to the release of his hotly anticipated second album, Stormzy headlined the Glastonbury Festival, scored his first number one single ("Vossi Bop"), and even appeared on the cover of Time, beaming from the magazine rack in every dentist office in America. Heavy Is the Head affirms the rapper's status in the global pop landscape -- one of the album's other hits, the effortlessly catchy "Own It," features Nigerian giant Burna Boy and the omnipresent Ed Sheeran. However, the album overall seems to come straight from the heart rather than out of a desire to conquer the pop charts. The gospel and R&B leanings of Gang Signs are still present on tracks like "Rainfall" and the H.E.R.-featuring "One Second," but much of the record stays true to Stormzy's grime origins. "Wiley Flow" is an overt tribute to the godfather of the genre, and other tracks like the brassy opener "Big Michael" feature the types of angular beats and audacious lyrics one would expect of the sound. While Stormzy takes plenty of opportunities to flaunt his own greatness -- on "Bronze," he declares himself "the king of grime by default" -- there's plenty of words of encouragement for his friends, loved ones, and general audience on songs like "Do Better" and "Superheroes." He also opens up about his own mental health issues, stating on "One Second" that being featured on magazine covers hasn't made his life easier. Still, he's up for celebrating his success on "Pop Boy" and "Vossi Bop," included as a victory lap at the end of the album. More enjoyable overall than Gang Signs, Heavy Is the Head is a well-rounded mix of toughness and sentimentality, and another rightful triumph.

Michael Omari, better known by his stage name Stormzy, is an English grime and hip hop artist. He won Best Grime Act at the 2014 and 2015 MOBO Awards and was named as an artist to look out for in the BBC's influential Sound of 2015 list. His most successful song to date is the BPI gold-selling "Shut Up", which was initially released as a freestyle on YouTube. The track was then officially released and got to number eight on the UK Singles Chart after Stormzy launched a campaign[6] to reach Christmas number one. His debut album, Gang Signs & Prayer, was released on 24 February 2017. Read more on Last.fm. User-contributed text is available under the Creative Commons By-SA License; additional terms may apply.
FREE SHIPPING ON ORDERS OVER £100 TO UK MAINLAND ONLY
See exclusions
View Cart