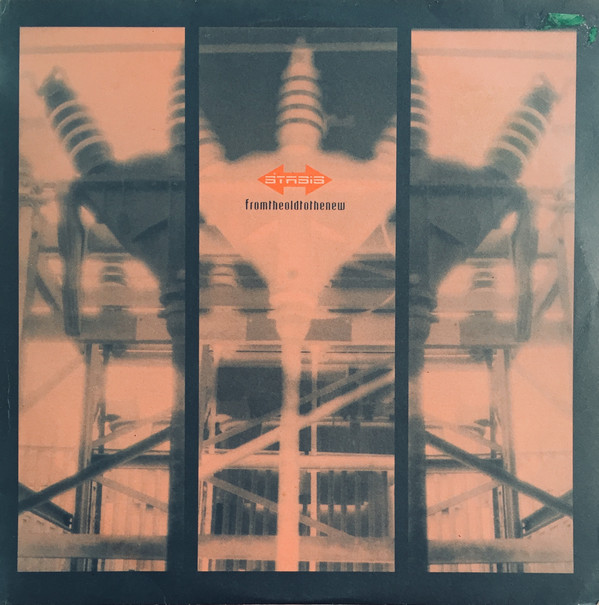 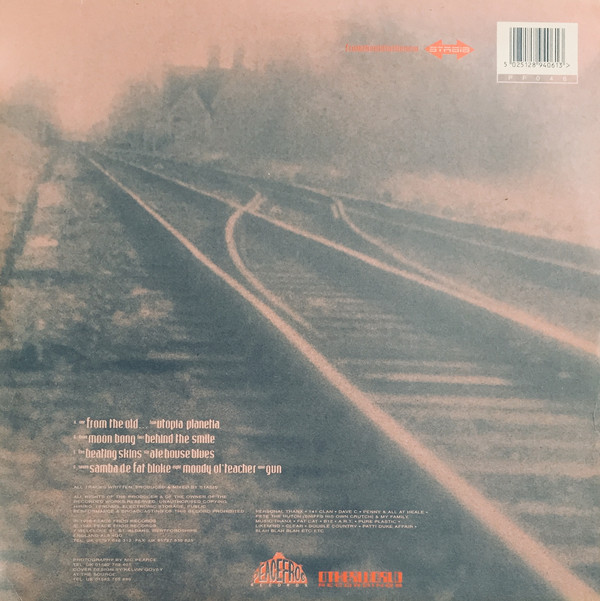 Growing up as a teenager in East London, break-dancing and writing graffiti with B12’s Mike Golding, Steve Pickton’s musical education moved along a familiar path, from hip-hop to Electro and onto Techno. Schoolinghimself in music theory and purchasing a sampler Pickton set about making his own music. Releasing on a whose who of seminal UK electronic labels including A.R.T., Likemind, Otherworld and B12 under various pseudinums Pickton’s UK take on lush Detroit melodies fused techno, funk, hip-hop, dub, blues and jazz into a dense concoction all of his own making. Fromtheoldtothenew saw Pickton slip off his earlier techno shackles and head for uncharted electrconic waters. The echo chamber dramatics of Gun and wayward lurch of Ale House Blues were a long way from Detroit, while few tracks have demonstrated the sheer breadth of electronica more dramatically than Utopia Planetia. All in all it's more jazz, less tech without losing the soul.

There are at least four artists called Stasis. 1) Stasis an American Down Tempo Psychedelic Sludge/Doom/Experimental Metal band from Portland, Maine. 2) Stasis is Steve Pickton, a techno/electronic artist from the UK. 3) Stasis is the nocturnal incarnation of Cellartapes producer OTL 4) Stasis is crust band from Italy. 1) http://www.facebook.com/stasismusic Fueled by drudging riffs, at times melodic or sensitive, at other times mind-crushingly heavy and discordant, oppressive with slamming bass, and drumming that is groovy and huge. Formed in the winter of 2004 by founder Michael Leonard Maiewski in doomy southern Maine, Stasis began it's metal journey into the blackened cosmos. These sunn o))) amp-worshipping hard-hitters made their first realization as a band on the instrumental "A Stasis was Born" demo with members Michael Leonard Maiewski and Rickey Aldridge in 2005. Another demo, "We, Are Falling Upward"' with Maiewski on vocals was recorded the following year at Flowering Hell Studio in Tucson, Arizona. www.Doom-metal.com described the band as "Chugging drone/doom with strong elements from doomcore and scream-your-lungs- out vocals. Then a 3rd demo "As Thy Moss Grows Black...(Awaiting Thee Flesh Parade)" was recorded back in Maine in late 2007. Featuring new member sd on drums. Released on February 19th 2008. Shortly after this recording he then left... In December 2007 Sean "Moses" Morissette was recruited to play bass and Brendan Shea was added to the lineup by early 2008 to play drums. In 2009 Choking Hazard Records Released three STASIS songs on their The Stranglers Chapter 1 [Disc 2]. Stasis released a five song EP "Red" in winter 2009 as a download with members Maiewski, Aldridge, Morissette, and Shea. Stasis released their second instrumental ep "White" as download On March 15th 2010. Stasis released the Third instrumental ep "Blue" As download on April 20th 2011. The triangulation has ended, let the screaming begin... Let the blood start dripping... The debut full-length 'Bloodhoney' was due out in winter 2010., however the band wanted more in the sound then initially recorded, more sessions followed this idea. The debut full-length "Bloodhoney" still being recorded and mixed, putting the finishing touches on this long awaited release. And features original vocalist from Death Metal LEGENDS Incantation!!! Craig Pillard on guest vocals on the albums track "Never too Late...(featuring CRAIG PILLARD)" And will also feature Catherine Louise Maiewski playing piano. The album is due for its release in winter 2011!!! In late October STASIS found it's new drummer and vocalist Brandon Phinney!!! 3 New songs being written, and a cover are being planned for an ep in the works. Then the following month new bassist Mindy Kern was added to the lineup. On December 12th 2011 Dethroned Productions Re-released the "WE ARE FALLING UPWARD" demo!!! Writing, recordings, re-releases, shows, and more to soon follow! The debut full-length "Bloodhoney" was released on December 22nd the winter solstice 2011. Maiewski is also busy with Retro Grave, another Doom Metal band from Maine featuring Jeff Oly Olson the original drummer of Doom legends Trouble. Michael Leonard Maiewski is known for being in the bands Stasis, Exacerbate, Seahorse Battlefield, the Lotus Petals, Darktower, Necrolepsy, Pair of Dice, the Potion, Green Wizard, and his funeral doom solo outing Misery. Michael Leonard Maiewski also plays drums for the bands Devil Dinosaur and Highfather, bass for the bands Bleak Silence and strings and vocals for Retro Grave, a duet with original Trouble drummer Jeff Oly Olson. And started his own label Succulent Records. www.StasisMusic.com. 2) Stasis is Steve Pickton, a techno/electronic artist from the UK. 3) Stasis is the nocturnal incarnation of Cellartapes producer OTL, making ambient and nighttime music for after everything else. Having been dissatisfied with other acts using the name of Modo, this name was dropped in favour of the more descriptive name Stasis... 4) Stasis is a crust band from Italy with death metal influences. They released a demo in 2014. Their debut self-titled album was released in July 2018. Bandcamp Read more on Last.fm. User-contributed text is available under the Creative Commons By-SA License; additional terms may apply.
FREE SHIPPING ON ORDERS OVER £100 TO UK MAINLAND ONLY
See exclusions
View Cart