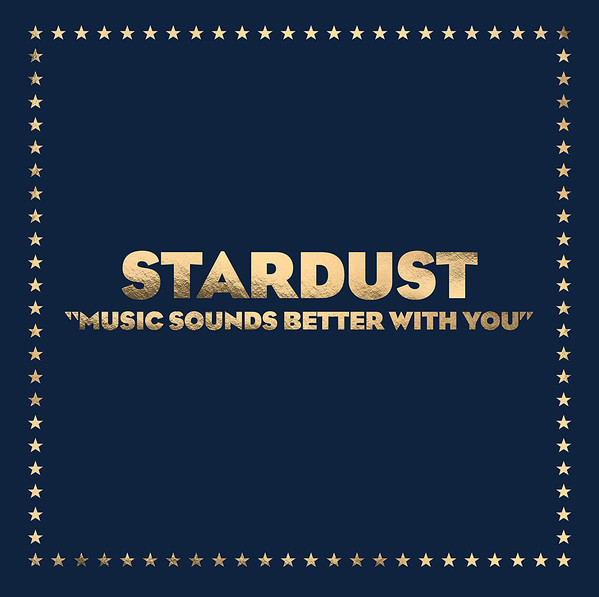 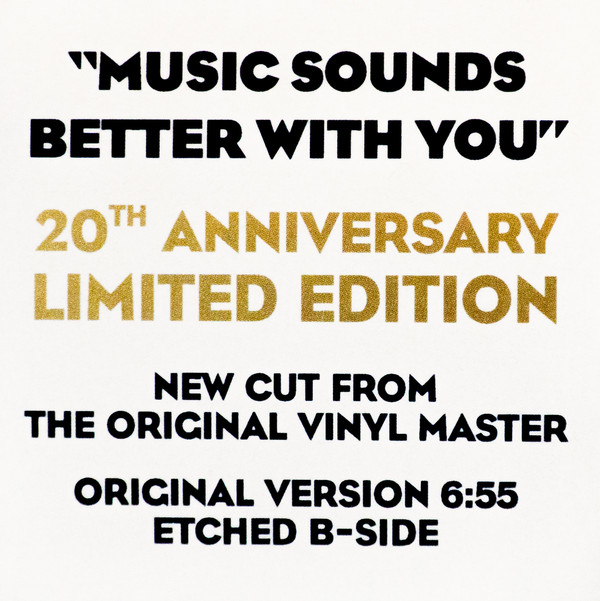 STARDUST - MUSIC SOUNDS BETTER WITH YOU

New cut from the original pressing as half of Daft Punk, Thomas Bangalter crafted one of the catchiest dance anthems of the late '90s

Alan Braxe with his synth, middle its Benjamin Diamond the vocalist and on the right Thomas Bangalter of Daft Punk fame. Anyway, being snotty nosed, punk obsessed teenagers, the track didn't really register on our radars at the time, mainly cos it was on MTV along with 'all that other mainstream nonsense'. Fast forward nearly twenty years and I've hammered the shit outta this, one of the finest moments of 'filter house' (urgh) the world has ever seen. This Chaka Khan sampling beast has been played at 45rpm by DJ Funk, at -6 by Andi Handley and mixed into a variety of end-of-night melee's by Kickin' Pigeon. For me, it epitomizes the Roule sound, along with "Together" (DJ Falcon & Thomas Bangalter) - it's hypnotic, peaktime loops sending hordes of dancers spiraling into the speaker stacks as full on house music mosh pits erupt all over the shop. It deserves a place in every house music lover's home, and is surely crucial for anyone into the history of Daft Punk and French house. I can't actually believe we've never had this in the shop before; make a house a home and bag this aural essential now!

PLAY
CUE
MP3
A1
Music Sounds Better With You
B1
ETCHED

1) Stardust was a French house band. 2) Stardust is a rock band founded in 2014. 1) Stardust was a French house band. Formed in Paris, France, it was a one-time musical collaboration consisting of producers Thomas Bangalter, Alan Braxe and vocalist Benjamin Diamond. The short-lived group released the popular club track titled "Music Sounds Better with You" in 1998. "Music Sounds Better with You", which had its basis in a sample from "Fate" by Chaka Khan, was conceived in the Rex Club in Paris, where Bangalter, Braxe, and Diamond were performing as a live trio. Bangalter and Braxe created the instrumental, which Diamond instinctively sang the title words over. The next day, they laid down the basic instrumental track in the studio, and added the Chaka Khan sample. It was produced by Daft House Productions, of which Bangalter was co-owner. Subsequent to its release and chart success, it was remixed by, among others, Bob Sinclar and DJ Sneak. The video for "Music Sounds Better with You" was directed by acclaimed director Michel Gondry. The three members of the band parted ways soon after the single's chart run. Diamond and Braxe pursued solo careers, and Bangalter, along with his usual partner Guy-Manuel de Homem-Christo, went on to release the second Daft Punk album, Discovery. Stardust is also an alias for New Jersey garage house act Blaze. Read more on Last.fm. User-contributed text is available under the Creative Commons By-SA License; additional terms may apply.
FREE SHIPPING ON ORDERS OVER £100 TO UK MAINLAND ONLY
See exclusions
View Cart