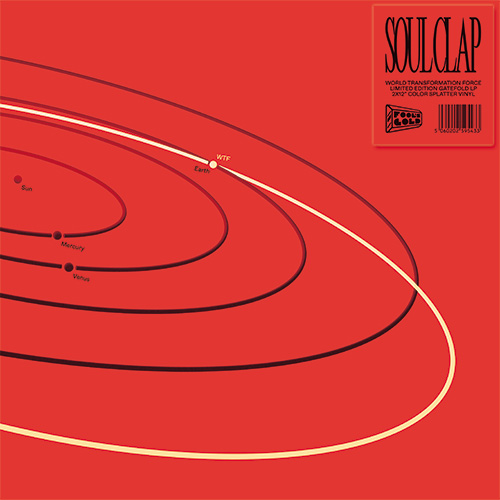 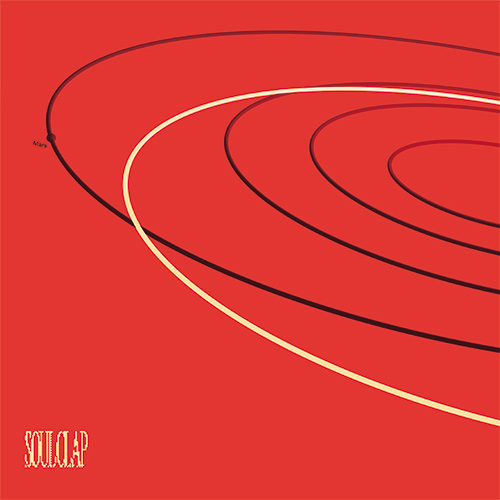 WTF is a call for radical love and radical hope, while affirming the Boston duo’s long-standing mission to change our world beyond the dancefloor.

Soul Clap explains…….. "WTF (World Transformation Force) is our reaction to what’s happening to this planet called Earth, and to us, the human beings on it. It’s a call for radical love and radical hope. Our belief that things will get better, even if we are still just beginning to learn how to get there. It’s a wake up call to action, a time for all of us to join together on the path to positive change. Dance music was born as a subversive, underground movement of marginalised people and we believe it’s our duty to follow in their footsteps and use the power of our culture for positive change.”

Soul Clap are astute in looking to the past in order to build the future, a constant ethos driven by their many influences and the respect and genuine acknowledgement to the roots of dance music. They connect with artists from the source and this is further displayed on WTF with collaborators like Nona Hendryx (one third of Labelle and who toured with Talking Heads), who delivers a powerful spoken word on album interlude ‘What If There Was No America?’

The album also features Tra’zae Clinton, who is the grandson of George Clinton; Harry Dennis, Chicago house music producer and lyricist who was part of the original generation of house music in the late 1970s and early 1980s; Rich Medina, a key figure of the East Coast scene, creator of Lil’ Ricky’s Rib Shack and resident for Q-Tip’s ‘Open’ Fridays events; and Sha-Lor vocalist Lori Lava who burst onto NYC Club scene with classic ‘I’m In Love’ produced by Newcleus/Dream 2 Science mastermind Cozmo D in the late 80s.

Before today there was yesterday and after tomorrow is the future. Elyte and Cnyce’s paths were crossed for all time when a Sun Ra light beam sent from Saturn collided with the P-Funk Mothership and sent them tumbling to earth. Now, Soul Clap time travels on a musical spaceship of dopeness to make girls shake their butts and dudes say “oooooh”. As children on earth, they were driven to understand the history of dance music and found their teacher in original boston disco DJ Caril Mitro who admitted them into the temple of Vinyl Connection (whose members included Dimitri From Paris and Frankie Knuckles plus many more). Caril taught Soul Clap that “house wears many hats” and instilled the sounds of New York, Chicago, Detroit and Philadelphia while fostering an addiction to digging that has become a worldwide quest to acquire the best vinyl and download every good song on the planetary-interweb. Soul Clap’s training goes beyond history lessons to mastering all the elements of the DJ: knowledge, mixing, programming, performance and experience. They honed their knowledge, Elyte taught a college course about dance music and Cnyce worked for UK booking agency MN2S. They locked themselves in a basement until their mixing was flawless and traveled the universe observing the most advanced programmers (Josh Wink, Carl Craig, Francois K). Then they went out into the world to perform at Ministry of Sound in London, Paradiso in Amsterdam, Avalon in Los Angeles, Rise in Boston, and in smaller places in New York, Baltimore, Washington DC, Miami, Dallas, Las Vegas, San Francisco, Chicago, Mars and Jupiter plus dancefloors in other galaxies that you haven’t heard. 20 years of experience has prepared Soul Clap to free your mind, and your ass will follow. By harnessing the past Soul Clap looks to the future and plays a seminal role for Boston dance music. They perform simultaneously with 4 turntables and 2 mixers, as well as with percussionists, saxophonists and sometimes with full bands of live musicians. They organize parties with DJs like Carl Craig, King Britt, Josh Wink, Questlove, J-Boogie, Alix Alvarez and The Rub. They bring their cosmic vision to earth with original production, record custom mixes for FILA, Intercontinental Hotel Group and Nanette Lepore, as well as produce The Adventures of Soul Clap Podcast (available on iTunes). Always pushing new boundaries, always traveling time and space, Soul Clap is the Great White Hope. Read more on Last.fm. User-contributed text is available under the Creative Commons By-SA License; additional terms may apply.
FREE SHIPPING ON ORDERS OVER £100 TO UK MAINLAND ONLY
See exclusions
View Cart