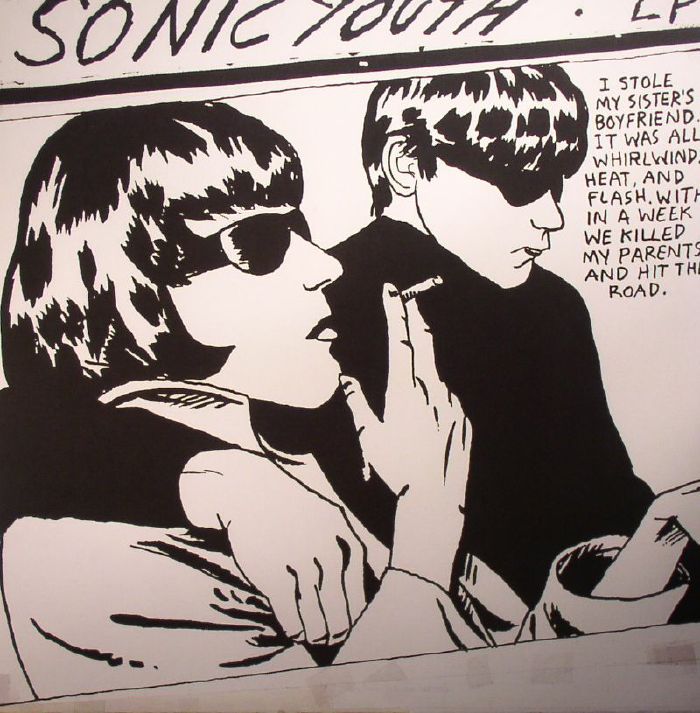 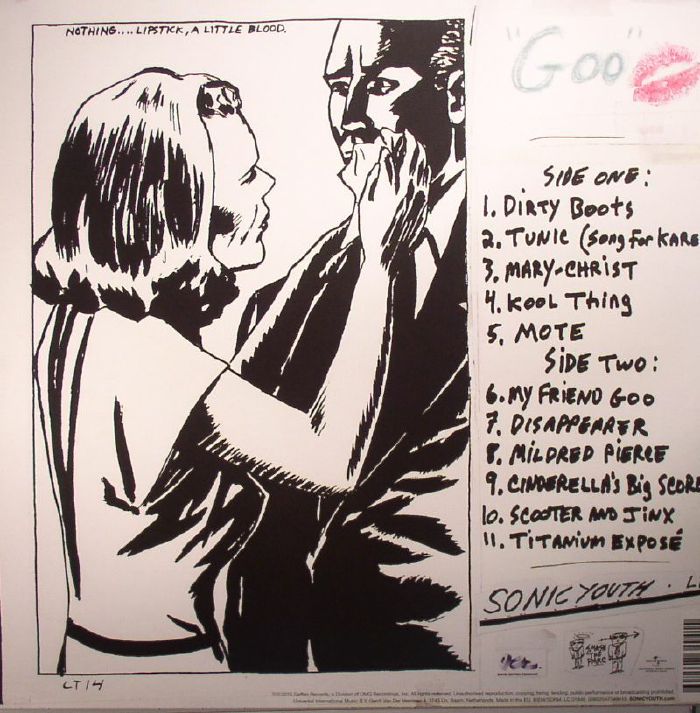 Any doubts as to the continuing relevance of Sonic Youth upon their jump to major-label status were quickly laid to rest by Goo, their follow-up to the monumental Daydream Nation. While paling in the shadow of its predecessor, the record is nevertheless a defiant call to arms against mainstream musical values; the Geffen logo adorning the disc is a moot point -- Goo is, if anything, a portrait of Sonic Youth at their most self-indulgently noisy and contentious, covering topics ranging from Karen Carpenter ("Tunic") to UFOs ("Disappearer") to dating Jesus' mom ("Mary-Christ"). Even Public Enemy's Chuck D joins the fracas on the single "Kool Thing," which teeters on the brink of a cultural breakthrough but falls just shy of the mark; the same could be said of Goo itself -- by no means a sellout, it nevertheless lacks the coherence and force of the group's finest work, and the opportunity to violently rattle the mainstream cage slips by.