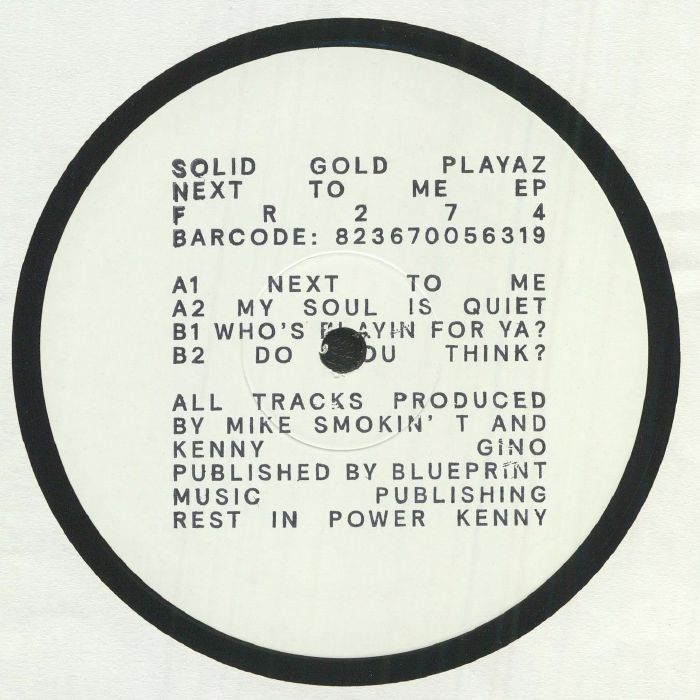 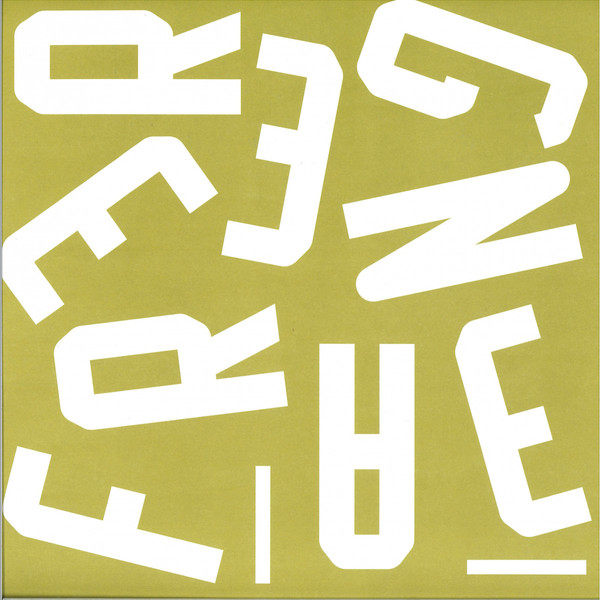 SOLID GOLD PLAYAZ - NEXT TO ME EP

- NEW RELEASE
Sorry, this item is currently unavailable.
ARTIST:
Solid Gold Playaz
TITLE:
Next To Me EP
LABEL:
Freerange
CATNO:
FR274
STYLE:
Deep House /
FORMAT:
Vinyl record
DESCRIPTION:
4 Track EP OF Deep & Lush House - Nu Groove Stylee - The crushing news of Kenny Gino’s sudden passing in July of this year hit very hard. Having only just come out of hiatus to release new Solid Gold Playaz material for us here on Freerange, the US underground house heroes are set to introduce their uncompromising deep, jacking sound to a whole new audience. And with Kenny’s partner Mike T’s blessing for the previously scheduled follow up EP to go ahead, we are proud to present you with the Solid Gold Playaz Next To You EP. For the hardcore fans out there, this music will blow you away, and feels to me at least, like the ultimate SGP release, even without the added weight and poignancy the tracks now carry.

Opening up we have Next To Me which is as deep as it gets with beautiful floating synths drifting on top of an unrelenting rolling groove whilst Kenny’s vocal adds a powerful and emotive edge.

My Soul Is Quiet follows with another incredible piece of music, drawing you in with its hypnotic mood and simple yet ridiculously compelling bass and synth hook. Again, the drums are unapologetically minimal - not a fill or breakdown in sight - but that is what locks you in and creates something entrancing which makes you feel like it could go on for eternity!

Flip over for Who’s Playin’ For Ya, a more old school Chicago-inspired slice of raw, underground house which cuts up Rhodes, strings and snippets of vocal samples around a glitchy FM synth sequence. The funk is real on this one.

Closing out this very special record we have Do You Think, going deeper still with expansive pads, soprano sax sample and chiming percussion all underpinned by a massive, dub bassline.
Rest in peace Kenny Gino. You left a powerful legacy of amazing music! - Jamie

After receiving top honors on several dance music charts, and glowing reviews in print and internet media, Kenny and Mike were asked to contribute to the "Heavy Hitters - Time To Jackk" album - which showcased Detroit and Chicago artist, and released on German powerhouse label Disko B - home to superstars DJ Hell and Chicks on Speed. Along with internationally renowned and highly regarded producers Felix Da Housecat (appearing as Afrohead), Boo Williams, and Norm Talley, MindInfluence MusicWorks contributed three of the ten tracks selected for the release. Under the pseudonym Ghetto Godfathers they offered up the disco floor banger "Love Junkie", and for the techno/electro stylings of "We Are Matrix" they were disguised as Dark Matrix. But the growing popularity of the Solid Gold Playaz brought them the most attention with the infectious drum programming and soul stirring emotion of "Heavenly Angel". Now signed to respected forward thinking techno and house labels such as Berlin's Kanzleramt Music and Detroit's Moods & Grooves, and having their productions appear on such heavy weight compilations as Hed Kandi's "Disco Heaven", Funk D'Void's "In The Mix", Miguel Migs and Jay-J's Defected "In The House", Jazztronik's "Jazztronika", Heiko Laux's "Kanzleramt 5" label compilation, and "Global Underground 027 - Miami" mixed by global jet-setting DJ Danny Howells, Kenny and Mike continue to support the labels that got them to where they are, and the city that provided the foundation for their success - Chicago. "We see how much the city shaped our view of the world, our love of soulful music, no matter what style it is. It's got to have that soul, that funk... it's got to have that in it." Under various production names including: Solid Gold Playaz, Black Music, Techelectro, Soul Mediques, MindInfluence, Cozmic Jazzz Futurist, and Dark Matrix, Kenny and Mike have chalked up numerous 12 inch releases, highly acclaimed remixes, two full length albums, and gained a varied and loyal following. Their music has found it's way into record boxes, charts, mixes, compilations, and radio show's of some of the world's top DJ's and producers including Laurent Garnier, musical innovator and techno pioneer Jeff Mills, DJ Slip, Detroit techno godfather Juan Atkins, German techno wunderkind Diego, Angel Molina, Chris Udoh of Wamdue, Leandre from Paris, DJ Lea Lisa, DJ Rasoul, Ron Trent, Paul Farris, Brian Zentz, Mili Sefic, Vince Watson, Ben Sims, Mark Farina, DJ Sneak, Demarkus Lewis, Gene Farris, Fabrice Lig and Argentinean superstar DJ Hernan Catteneo. Their most recent project - their first artist album under the Solid Gold Playaz name - entitled "Alone - My Life Underground" is available now on Kanzleramt Music. Future 12 inch and album projects for Kanzleramt, Moods and Grooves, Silver Network, LSF, Le Freq, Loft 66, and Still Music are also planned for release as well. Read more on Last.fm. User-contributed text is available under the Creative Commons By-SA License; additional terms may apply.
FREE SHIPPING ON ORDERS OVER £100 TO UK MAINLAND ONLY
See exclusions
View Cart