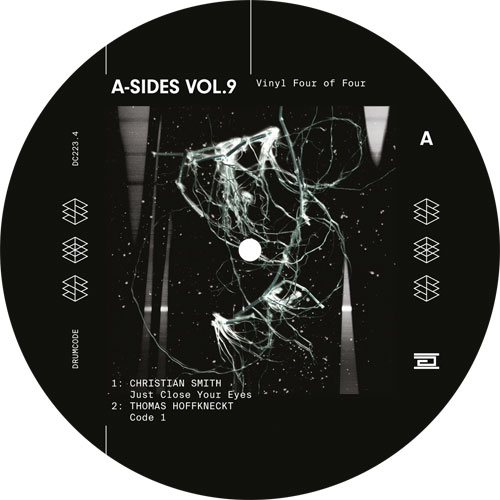 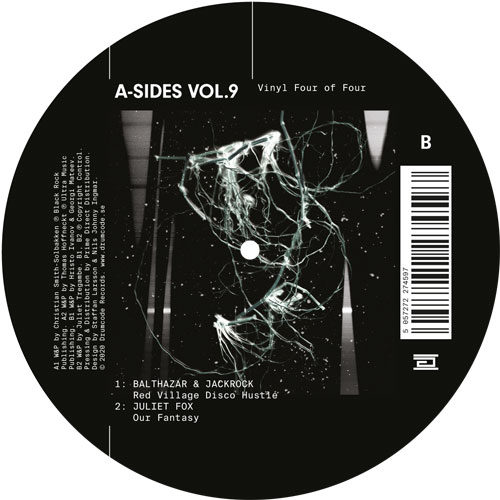 If you want a snapshot of where techno stands in any given year, and a preview of where it’s headed, look no further than Drumcode’s A-Sides compilation. Since 2012 it has marked the label debuts of countless vital Drumcode artists and affiliates, from Layton Giordani, Wehbba and Boxia, to Amelie Lens and ANNA, no less.

Every year, new names are unearthed, tried and true techno contributors serve up their best, and icons of the industry land their debut on Adam Beyer’s storied label. The 2020 edition hits with 13 tracks, eight coming from label debutants.

For the fourth and final part, Tronic head honcho Christian Smith lays down a deep, layered techno journey ‘Just Close Your Eyes’, before Thomas Hoffneckt’s ‘Code 1’ hits you square in the chest with its pulsating synth blasts and menacing drums.

On the flip side, Balthazar & Jackrock go dystopian with the tension surging ‘Red Village Disco Hustle’ and a growing label favourite, Juliet Fox follows up ‘Was Beautiful’, her superb track on last year’s A-Sides, with ‘Our Fantasy’, reinforcing her skill for crafting anthemic techno compositions..

Swedish citizen, Christian Smith spent the late 80’s years in Germany soaking up the early house and techno sound of Sven Vath. Now based in Sao Paulo and Barcelona, he has been championing his funky mix of house and soulful techno for more than a decade, playing across Asia, North & South America, and Europe, plus regular slots at festivals like UK’s Creamfields, Holland’s Dancevalley, Japan's Wire, and Brazils's Skol Beats. His music released on a variety of top labels like Renaissance; Adam Beyer's Drumcode, Josh Wink’s Ovum, Carl Cox’s Intec, John Digweed's Bedrock, and his very own Tronic, only proves his flexibility in the studio. Similarly on the decks, Christian’s set is a cauldron of chunky grooves with loads of energy and playing on 3 decks. Some of his favorite clubs are: Womb, Tokyo; Loft, Barcelona; Pacha, Buenos Aires; Arches, Glasgow; and Zouk, Singapore. With a full length Smith & Selway artist album out on Sino in late 2007 and massive crossover support from DJ's ranging from John Digweed to Carl Cox to Richie Hawtin, the future is very certain for Christian to stay on top as one of the leaders in forward thinking dance music. Read more on Last.fm. User-contributed text is available under the Creative Commons By-SA License; additional terms may apply.

There are 5 artists called "BALTHAZAR". The first is a Belgian group, the second is Canadian, the third is from Holland, the fourth is a Bulgarian DJ and the fifth is a Black Metal band from New Zealand. Belgium: The Belgian Balthazar are an alternative pop band, with rock, electro and hiphop influences. They were formed at the end of 2004 in Kortrijk-Belgium and anticipated their first album with gigs all over Europe and a tour in South Africa. Their debut album "Applause" was released in Benelux, march 2010, and both the album as well as their live performances (Rock Werchter, Pukkelpop, Lowlands, etc.) were received with much critical acclaim. New Zealand The New Zealand Balthazar is a Black Metal band from New Zealand of the industrious Mort. They cite association with Exiled From Light, Schizophrenia, Funereal, Beyond Light, Serpenthrone, Nystagmus, Einsamkeit, When Mine Eyes Blacken and Winds Of Sorrow. Read more on Last.fm. User-contributed text is available under the Creative Commons By-SA License; additional terms may apply.
FREE SHIPPING ON ORDERS OVER £100 TO UK MAINLAND ONLY
See exclusions
View Cart