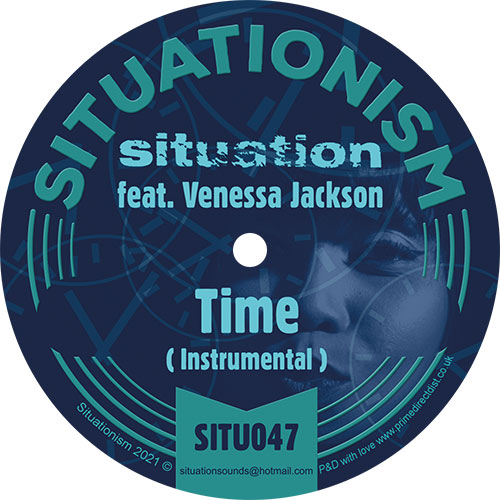 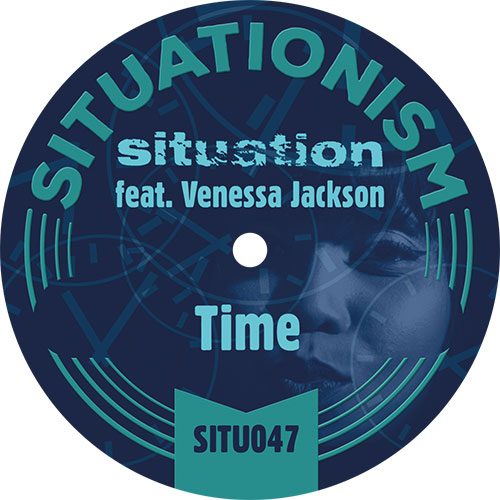 South African Vocalist & Songwriter Venessa Jackson has been prolific in 2020 and is looking to turn up the heat even more in 2021! Last year saw her achieve multiple Traxsource chart success working mainly in the Nu disco scene releasing on the incredible Midnight Riot Label.

‘Time’ sees Venessa’s unmistakable vocals soar over a Rhodes laden funk fuelled Situation groove. The usual line up of James Payne on lead guitar and Phil Campbell on keys alongside the beautifully sung vocals ensures us of a solid dancefloor future classic in the making.

All I know is the lead singer (Bill) was a cool guy. It consists of a trio of techno/synthpop artists that were the sole reason I got into techno. You can find their music on the official site: www.myspace.com/situationpop Also is a band from Camarillo, CA featuring who feature kind of a jam band-y, nice poppy sound. The band features Mark Masson (vocals and guitar), Rob Jeffries (bass), and Devin Lane (drums). http://www.myspace.com/thesituation2 Situation is also a disco edit crew (via Discogs.com): Having been discovered by Greg Wilson after they handed him a CD of their edits at the Big Chill festival last year, Situation have just had their first record released on the Disco Deviance series. And the response to that debut has been massive with the likes of Greg Wilson, Ashley Beedle, Pete Herbert, The Revenge, Harri, Horse Meat Disco, Stu Patterson and many others all over it. So with an incredible amount of top quality edit action in the can, the Situation Crew have decided to launch their own label to push the project further. First up on the new imprint is a massive edit of The Commodores "Machine Gun" which has already caused quite a stir when it was featured on Greg Wilson's recent Radio One Essential Mix. As soon as the mix was broadcast the feedback on Radio One began to flood in and DJ forums like DJ History were buzzing. And it was this Situation rework that was one of the most talked about tracks on the mix. Meanwhile on the flip, "Love In Me" is a chunky, deep dancefloor orientated version of The Whispers original that fuses its electro-funking vibes with proto-house sensibilities. It has all the very best features of a Situation edit as it oozes class and updates the original, while paying respect to it. http://www.discogs.com/artist/Situation+%282%29 Read more on Last.fm. User-contributed text is available under the Creative Commons By-SA License; additional terms may apply.
FREE SHIPPING ON ORDERS OVER £100 TO UK MAINLAND ONLY
See exclusions
View Cart