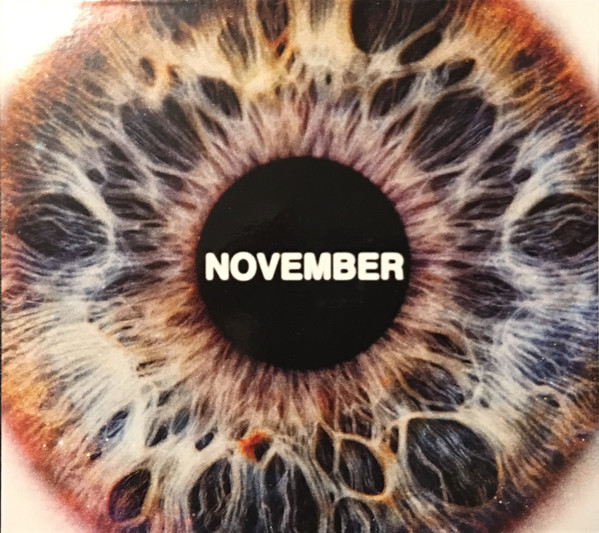 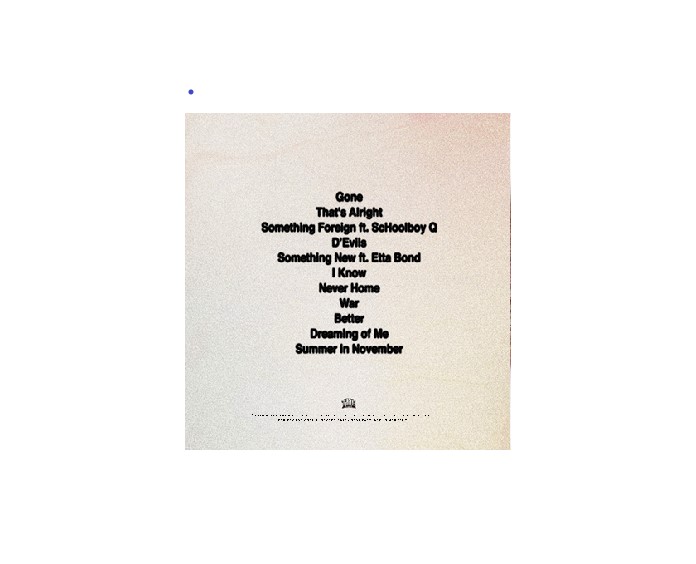 On the first proper song of SiR’s latest LP, he sings, “All her lil friends can’t stand me/Because they know I would trade her love for a Grammy.” The arrogant posture is surprising, coming from someone whose breakthrough EPs were overflowing with sweet nothings, and it stands in contrast with the romantic security he sings about on the album’s closing track (“You don’t care about my name/If I didn’t have a dime, you would care for me the same”). That conflict—between pride and heart, loving and leaving—provides the dramatic tension at the album’s core.

November arrives exactly one year after TDE announced SiR as its newest signee. The label’s roster doesn’t seem to believe in creating run-of-the-mill anything, and it follows that the 31-year-old Inglewood singer-songwriter and producer R&B isn’t just R&B. There’s a neo-soul silkiness to many of his songs, with an atmospheric, jazzy vibe in the production—November is an album for lighting incense, not candles. In this sense, he’s TDE’s answer to a moment that has seen acts like Daniel Caesar subtly returning to the genre’s more tender roots with great success. Even so, throughout the album, SiR deftly bridges his old-school sounds with new-school references (“hit the DM”).

This is especially notable in the case of “K,” a female robotic travel companion who interacts with SiR throughout the album. She runs a systems check, alerts him of his progress on an unspecified interstellar journey (“33 trillion kilometers to go,” she says at the album’s midway mark), and provides him with emotional comfort. To listeners, she’s a plot device that offers narrative cohesion and a context to invest in beyond the music. And much like “Jane,” the computerized sidekick who accompanied Kanye West into outer space on his Glow in the Dark tour a decade ago, “K” is a way to signal SiR’s growing artistic ambitions.

Throughout, SiR (who’s married in real life) sings like a selfish man reliving past transgressions. On the slow-burning and Schoolboy Q-assisted “Something Foreign,” he’s nonchalant and focused on his status. “Tryna keep it humble in a world full of egos, gangsters, and evils,” he sings over a fluttering piano melody. Yet ego seems to get the best of him over and over again. “Something New,” a horn-laden duet with British singer-songwriter Etta Bond, captures a summer’s forbidden love. “Tell me what would you do if she was me/Tell me how would you move if we were free,” Bond delicately sings. Elsewhere, on “I Know,” an Auto-Tuned SiR taunts somebody’s babyfather over a lowrider bassline; “Never Home” finds him doing a spoken-word interlude about how the lifestyle of an up-and-coming musician has pulled him away. He remains unapologetic as a woman demands answers over voicemail for their relationship (or lack thereof).

By the time the fuzzy kick of “War” and the reverb- and regret-tinged “Better” come around, SiR is finally ready to admit fault. “I know I’m right where I needed to be all along, so/Until I have your love, there’s no surrender, no retreat,” he sings on the former, his satin voice making the words effortlessly believable. Songs of romance—present and lost—are what he does best, and he peels back the layers of passion with exceptional potency. “She just wanted to love me, I wouldn’t let her/Now she don’t know me,” he bemoans on “Better,” before dejectedly asking “K” to delete the transmission and initiate sleep, as they’re still 12 trillion kilometers away from their destination.

It’s never made clear where, exactly, he and “K” are headed. Perhaps they’re on a journey towards acceptance of one’s flaws, or nodding to the feeling that one has forever left to

There are at least three artists names Sir: SiR (born Sir Darryl Farris on November 5th, 1986) is an American singer, songwriter and record producer from Inglewood, California. He is currently signed to Top Dawg Entertainment and has released three studio albums; "Seven Sundays" (2015), "November" (2018) and "Chasing Summer" (2019). SIR (Sanspo Idol Reporter) is a Japanese idol group formed in 2011. The group is split into Team ST and Team AT. Prior to 2020, they were split into Team Emperor, Team Devil, and Team Angel. Sir was a slowcore band formed in 1998 in Melbourne, Australia. The group initially consisted of husband-and-wife Jesse Jackson Shepherd on keys/vox and Elizabeth Downey on strums/vox. After their separation, Jesse reformed the band with a revolving group of musicians, releasing 2007's The Brando Room. Jane Badler collaborated on with the band, singing on 2008's The Devil Has My Double and 2011's Tears Again. Read more on Last.fm. User-contributed text is available under the Creative Commons By-SA License; additional terms may apply.

OTHER RELEASES ON AAA RECORDINGS OR BY SIR:

We have many other items in stock by Sir and on the label AAA Recordings.