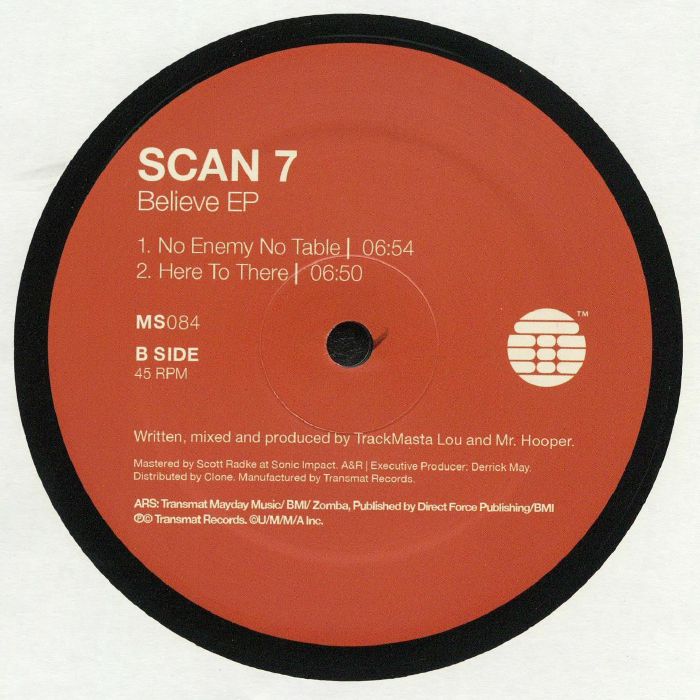 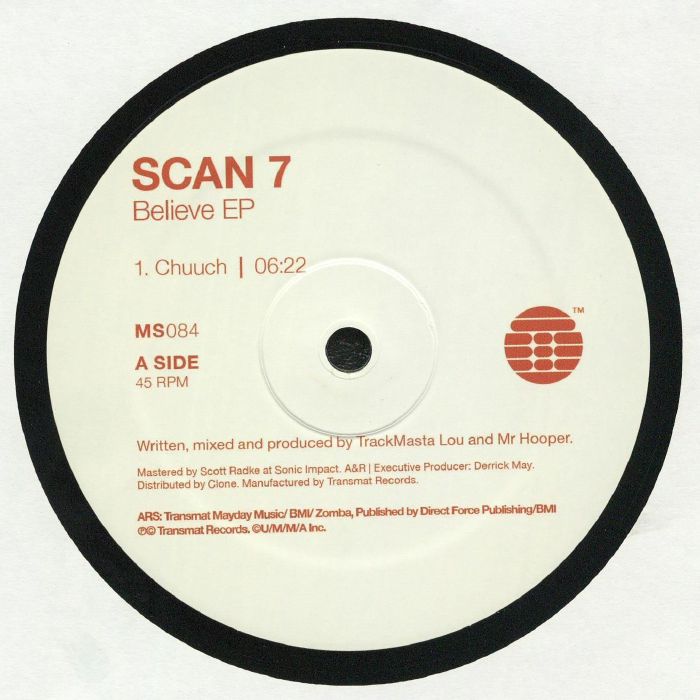 Trackmaster Lou reconvenes with Mr Hooper for another EP that masterfully blurs the lines between religion, science fiction and house music joy. Opener 'Chuuch' takes you direct to the altar, with a euphoric gospel singer swelling your heart as raw beats and infectious hand claps add to the whole uplifting experience. 'No Enemy No Table' takes a more direct approach to your soul, with tightly coiled bass overlaid by organ chords that burst with spirituality. Quickened beats and a frenzied preacher make this an urgent call to arms that sweeps you off your feet time and time again. This most unforgettable sermon concludes with the deeper, hip swinging claps and piano stabs of 'Here To There', a rich, soul infused number that allows you time to meditate on the groove and give yourself over to the unrivalled emotional beauty of this pure- hearted house track.

Hot on the heels of the release of their first album in 17 years, Underground Resistance affiliates Scan 7 return with one of their funkiest and most accessible EPs to date. Opener "Chuuch" is a riotous and righteous affair that sees main men TrackMasta Lou and Mr Hooper peppering a funky techno beat with killer samples from a wild and celebratory gospel disco classic. It's one of those tracks that will have even the most miserable clubber throwing their hands skywards in celebratory release. The pair continues on a similar vein on the organ-driven gospel techno stomp of "No Enemy No Table", before moving in a deeper and more relaxed direction on the equally as impressive "Here To There".

Originally born in the late 80's, SCAN 7's first release, "Voices Beyond", came out on the Submerge compilation, "Escape Into The Void". Next, he unleashed projects such as, "Introducing SCAN 7" and the "Undetectable EP" both on Underground Resistance, and an exclusive "S.I.D." EP entitled, "Invisible Thoughts". In the late 90's TrackMasta Lou's made contact with Europe's most respected European label, Tresor Records - Berlin, through Blake Baxter and through a liaison with Dimitri Hegemann (owner of Tresor & credited for introducing Detroit Techno To Europe) TrackMasta Lou released many rare recordings on the Tresor compilations. Later TrackMasta Lou put out two collectible albums with Tresor, "The Dark Territory" and the "Resurfaced" album. Both were laced with a deep dark dose of classic Detroit Techno, and embedded with the imprints of the SCAN 7 trademark drums. Other labels that SCAN 7 has released material on: Underground Resistance, Soma, Fcom, End to End, Elypsia, and Pow Wow Records Read more on Last.fm. User-contributed text is available under the Creative Commons By-SA License; additional terms may apply.
FREE SHIPPING ON ORDERS OVER £100 TO UK MAINLAND ONLY
See exclusions
View Cart