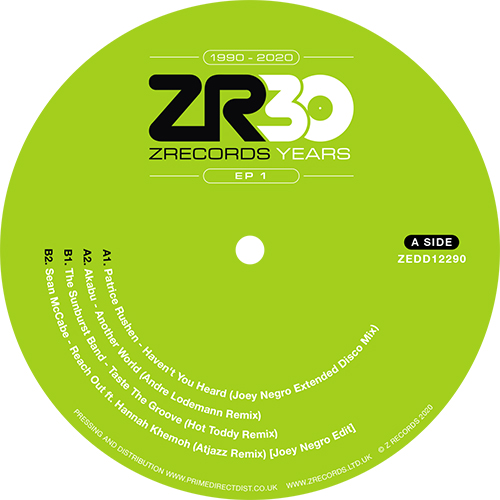 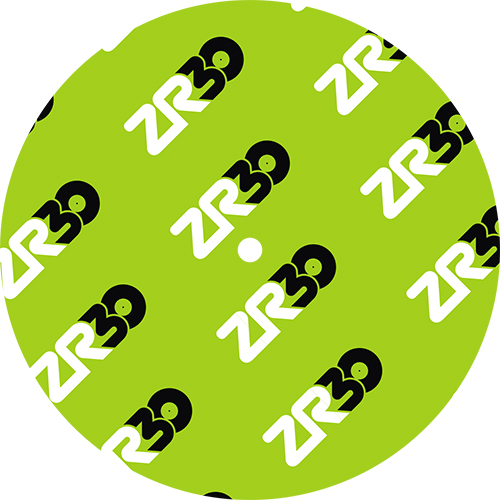 First up, Joey Negro’s incredible Extended Disco Mix of Patrice Rushen - Haven't You Heard, housed on the ‘Remixed With Love By Joey Negro (Part A)’ EP currently only attainable if you’re willing to part with £100+. Andre Lodemann’s remix of Akabu - Another World takes the second spot, a jazzy, synth laden house groover from the 2010 Summer Sampler EP that goes for up to £40 on the second-hand market.

On the flip side, Crazy P’s Hot Toddy provides the goods with a driving, funk remix of The Sunburst Band - Taste The Groove. Previously found on the limited edition 2013 RSD remix EP, it’s been trading hands for close to three figures. Finally, a Joey Negro edit of Atjazz’s remix of Sean McCabe - Reach Out ft. Hannah Khemoh, a vocal house shuffler from Attack The Dancefloor Volume Eight that’s been going for £60 on Discogs.

Keyboardist/singer/songwriter/arranger/musical director Patrice Rushen has had an outstanding career with several Top Ten R&B hits, including "Haven't You Heard," "Forget Me Nots," "Feels So Real," and "Watch Out." Arguably she has received much of her popularity through other acts copying or sampling her material. "Forget Me Nots" was the basis of Will Smith's "Men in Black" from the blockbuster movie of the same name on Big Willie Style and George Michael extensively used the same track for his hit 'Fastlove'. R. Kelly's "Remind Me" was sampled from her "You Remind Me," a popular radio-aired LP track from Straight From the Heart. Others who have sampled Rushen's music include Def Jeff (Rushen's "Hang It Up") Zhane ("Groove Thang") and a dance act called Daddy's Favourite who remade 'Haven't you heard' into a track called "I Feel Good Things For You". Born September 30,1954, in Los Angeles, CA, Rushen's parents enrolled her in music classes at U.S.C. when she was three. In her teens, she won a solo competition at the 1972 Monterey Jazz Festival. The attention garnered from this earned her a contract with Prestige Records. After recording three albums and becoming an in-demand session player, Rushen signed with Elektra Records in 1978. Forging an engaging jazz/R&B/funk fusion, she regularly hit the R&B charts. Her five albums for the label were Patrice, Pizzazz, Posh, Straight From the Heart, and Now. Some of these sides can be found on Haven't You Heard:The Best of Patrice Rushen. In 1993, Rushen signed with Disney's Hollywood Records. Her first and only release was the excellent Anything but Ordinary, which yielded the inspiring single "My Heart, Your Heart." Hollywood wasn't satisfied with the album and shelved it. Sindrome Records bought the rights to the album and reissued it with the single, and some LP tracks received airplay on R&B and smooth jazz radio stations. Rushen became a member of the jazz collective the Meeting, appearing on several releases. Her busy schedule includes session dates and being the musical director for several different tours and TV specials. 1997's Signature found Rushen returning to her jazz roots for this solid album of instrumentals. In fall 2000, Patrice Rushen appeared as a part of Sisters Being Positively Real, an act on Brown Baby Entertainment Group. is an American jazz pianist and R&B singer. She is also a composer, record producer, multi-instrumentalist, songwriter, and music director. Her 1982 single, "Forget Me Nots", received a Grammy Award nomination for Best Female R&B Vocal Performance. Rushen had great success on the R&B and dance charts. "Haven't You Heard" went number 7 on the R&B charts, with "Forget Me Nots" as her only top 40 pop hit in the United States. Rushen is the elder of two daughters born to Allen and Ruth Rushen.[1] In her teens, she attended south LA's Locke High School and went on to earn a degree in music from the University of Southern California.[2] Rushen married Marc St. Louis, a concert tour manager and live show production specialist,[3] in 1986.[4] They have one son Cameron.[4][5] Her nickname is "Babyfingers," a reference to her small hands. In 2005, Rushen received an Honorary Doctorate of Music degree from Berklee College of Music.[6] She has been a member of jazz fusion band CAB.[7] Her song "Hang it Up" was featured on the 2005 video game Fahrenheit.[8] Read more on Last.fm. User-contributed text is available under the Creative Commons By-SA License; additional terms may apply.

There are multiple artists with the name Akabu: 1. English female reggae/soul/funk/hip-hop band who recorded on the On-U Sound label with producer Adrian Sherwood. In 1981 a group of seven female musicians formed a band called African Woman - the world's first widely-known all female reggae band. They were Shelomi Coke, Diane White, Caroline Williams, Paulette Coke, Valerie Skeete, Barbara Grossett and Vyris Edghill. Their debut album 'African Woman Abroad' was released in 1982. In 1985 Valerie Skeete and Vyris Edghill took another avenue and recorded a soul track, "Watch Yourself" under the name of Akabu, released via the American-based Tommy Boy label. Subsequently it was decided to merge the two ventures, incorporating both reggae and soul under the name Akabu. In 1988 the self-titled album 'Akabu' was released on their own Viva Records label. 2. Akabu, a.ka. Dave Lee, is the UK’s most successful and longstanding soulful house DJ and Producer. A founding father of the UK house scene and relentless compiler of the coolest compilations, he is famed for his huge knowledge and expertise in Disco, Soul, Funk and early House. The most commercially successful house producer in the UK, he has had countless international hits and travels the World bringing his award- winning eclectic style and productions to new audiences. He also produces under the pseudonym Joey Negro. Read more on Last.fm. User-contributed text is available under the Creative Commons By-SA License; additional terms may apply.

Veteran UK electronic producer Dave Lee (aka Joey Negro) is one of the few people who can glide effortlessly from the chilly depths of the “underground” to the moneyfied glitz of commercial music, while keeping both his dignity and his wide-ranging fan-base intact. Having moved on recently from the cool ad-friendly, chill-out throb of his Jakatta moniker, Dave has embarked upon a series of production projects including developing and producing new electro- rockers The Like Me’s due to release their first album at the end of this year. Alongside this, the ever prolific Mr Lee, has also regrouped with his supa- talented muso mates to form London’s latest nu-funk and boogie hybrid, The Sunburst Band. With members culled from the funkiest ends of Incognito, Jamiroquai and the Kyoto Jazz Massive, The Sunburst Band is unashamedly musical. Members: Dave Lee, Julian Crampton, Michele Chiavarini, Thomas Dyani-Akuru, Tony Remy http://www.zrecords.ltd.uk http://www.myspace.com/thesunburstband Read more on Last.fm. User-contributed text is available under the Creative Commons By-SA License; additional terms may apply.
FREE SHIPPING ON ORDERS OVER £100 TO UK MAINLAND ONLY
See exclusions
View Cart