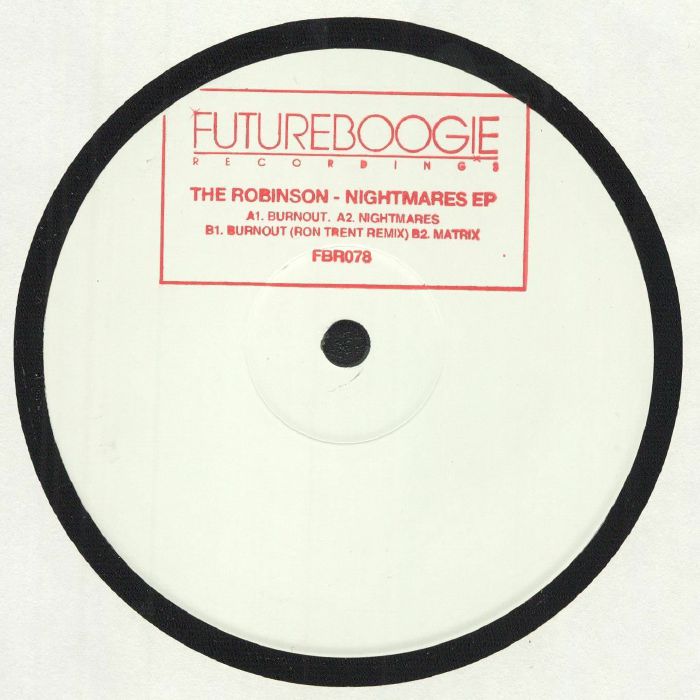 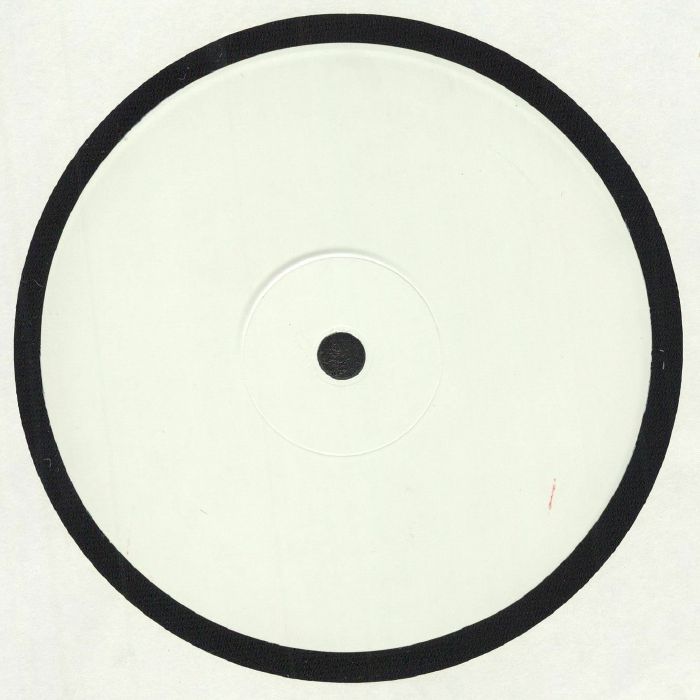 - NEW RELEASE
Sorry, this item is currently unavailable.
ARTIST:
Robinson
TITLE:
Nightmares EP (Inc. Ron Trent Remix)
LABEL:
Future Boogie
CATNO:
FBR078
STYLE:
Deep House /
FORMAT:
Vinyl record
DESCRIPTION:
4 Track EP OF Deep House Feat Ron Trent Remix - Italian siblings, The Robinson, deliver a mesmerizing triplet of tracks on the ‘Nightmares’ EP, having popped up recently on Futureboogie’s 2020 Summer Riot IX EP. And the FBR HQ has been all of a quiver after one of the deep house scene’s most prominent and revered figures, Ron Trent, blessed the release with a fine remix in his own inimitable style.

With only a couple of releases on RYE Records behind them, The Robinson are clearly fully formed already, as evident on ‘Burnout’, a sprawling and luscious house joint that’s replete with melodic emotion and rhythmic power.

Having been responsible for so many classic jams over the years (‘Altered States’ recorded & released at the age of 16, nuff said!). Through his productions on the mighty Prescription Records, Peacefrog, Future Vision and so many more, Ron Trent is the epitome of classy, deep vibes, and he stamps his sound onto a fantastic remix ‘Burnout’ with elegance and grace.

In fact, the other original cuts here, ‘Nightmares’ and ‘Matrix’ owe much to the sounds honed by the likes of Ron Trent and other Chicago and Detroit pioneers, as crunchy drum machines, emotive string synths, haunting vocals and sparse yet stirring basslines are all the ingredients needed for the timeless sound and energies contained within these cuts.

Dave Harvey's gold standard Futureboogie Recordings offers more reasons to be cheerful here as The Robinson shrives up a trio of tasty delights complete with a remix from the one and only Ron Trent, deep house pioneer, Chicago great and Prescription records boss. 'Burnout' is a classic bit of superbly spiritual house music awash with spine tingling chords and lush drum work. 'Nightmares' then harks back to early Windy City house with bright chords bringing a churchy vibe and lo-fi, scuffed up claps dancing above a moody bassline. Trent tackles Burnout with far sighted pads and the sort of heart wrenching synths that have made him the legend he is. 'Matrix' is a heavyweight closer.

There are (at least) two artists that use the name Robinson: 1) Robinson (born Anna Robinson in 1996/1997) is an indie-pop singer-songwriter from New Zealand. Robinson released her first single "Don't You Forget About Me" in 2017. Her song "Nothing to Regret" reached the top 40 in Australia and New Zealand in 2018. She is based in Nelson, New Zealand. 2) Robinson is a mathcore band from Ohio. They play a chaotic version of epic, progressive, blast-beat mathcore, complete with riffs and shrill, intense screams. The band have released many demos including the more wide known 7 Song Demo as well as their first full-length record, "The Great City" on Oklahoma-based label Debello Recordings. When long time guitarist left to join From A Second Story Window, the band pretty much vanished. Read more on Last.fm. User-contributed text is available under the Creative Commons By-SA License; additional terms may apply.
FREE SHIPPING ON ORDERS OVER £100 TO UK MAINLAND ONLY
See exclusions
View Cart