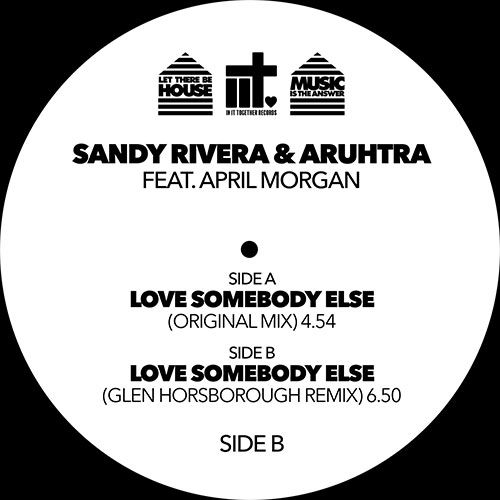 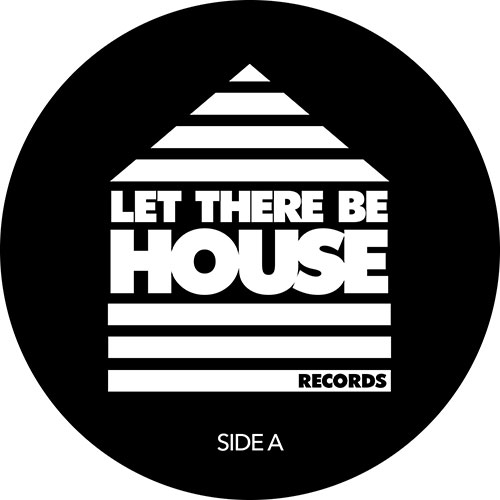 RIVERA, SANDY/ARUHTRA - LOVE SOMEBODY ELSE

- NEW RELEASE
Sorry, this item is currently unavailable.
ARTIST:
Rivera, Sandy / Aruhtra
TITLE:
Love Somebody Else
LABEL:
Let There Be House
CATNO:
LTBH100
STYLE:
House /
FORMAT:
Vinyl record
DESCRIPTION:
Funky Pumpin Vocal House - Born out of a deep love of house music, Let There Be House launched in 2013 as a podcast series, soon growing from a media platform to a fully-fledged record label. Today they celebrate their 100th release, since the label founded in 2016, with this impeccable collaboration between Sandy Rivera & Aruhtra.

‘Love Somebody Else’ is a truly uplifting, feel-good house record, blending computerised synth bleeps with anthemic piano hooks, soulful vocals and irresistible, swingin’ drum grooves. The legendary Sandy Rivera is warmly welcomed to the Let There Be House imprint, inviting upcoming UK producer Aruhtra to co-produce this sun-kissed party starter together. Sandy also enlists top-flight vocalist April Morgan to deliver her angelic toplines, having worked with her in the studio frequently in the past, she was the perfect fit for this summery jackin’ groove.

Sandy Rivera is an American record producer, House music DJ and label owner. Born in New York City, he is now based in New Jersey. Rivera started his career at age 13 as a DJ in his native Spanish Harlem. He began producing house music in 1992, specializing in a more soulful sound. He has worked under a variety of pseudonyms, including Kings of Tomorrow, Soul Vision and Mysterious People, either alone or with partners Jose Burgos, Haze and Jay 'Sinister' Sealee (Rivera has parted ways with Sealee in 2002). He is the owner of labels BlackWiz (founded 1993) and Deep Vision Records (founded 1995). Rivera's best known track is "Finally", released in 2000 as Kings of Tomorrow at Defected Records, with vocals by Julie McKnight, which peaked at number 24 in the UK Top 40 Chart and at number 17 on the Billboard dance chart, and appeared in a large number of compilations from labels such as Ministry Of Sound, Hed Kandi and Warner Music. The track is included in K.O.T.'s first album It's in the Lifestyle. The same album also yielded the track "Young Hearts". The second K.O.T. album was released in 2005, with the name Trouble. Rivera claims this is his first album produced without recourse to samples, and marks the official separation between this and other aliases: Kings of Tomorrow is used for more radio-friendly tracks, while his real name will be used for club-friendly tracks. As a producer and remixer, Sandy Rivera has worked for a variety of other artists, including veteran jazz musician Terry Callier, Gisele Jackson, Bini & Martini, Michelle Weeks, Ladysmith Black Mambazo and Walter L. Robinson. Although both are physically different, and they play different styles of house music, Sandy Rivera is often confused with fellow DJ and producer Robbie Rivera. Official Site: http://SandyRivera.dj Music Fans: http://SandyRivera.com Read more on Last.fm. User-contributed text is available under the Creative Commons By-SA License; additional terms may apply.
FREE SHIPPING ON ORDERS OVER £100 TO UK MAINLAND ONLY
See exclusions
View Cart