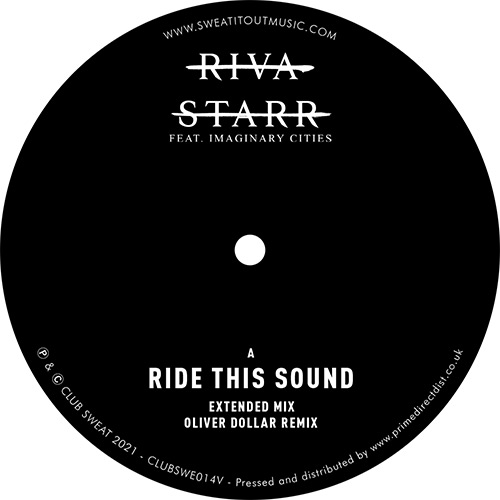 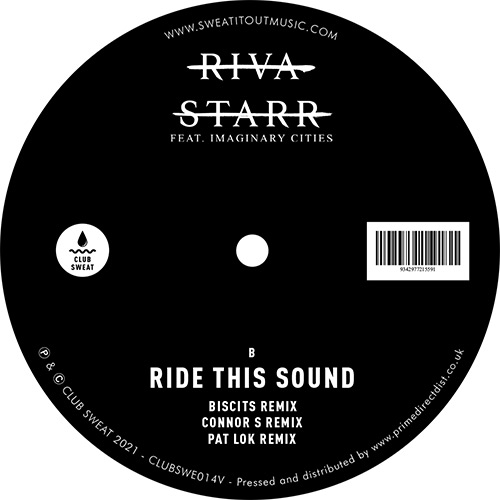 “…dance music’s future star. Colourful, exuberant and, crucially, dynamite on the dance floor.” (Q Magazine) Riva Starr couldn’t be hotter right now. Stefano Miele from Napole - aka Riva Starr - has smashed out of the blogosphere with his unique patchwork of styles, swiftly establishing himself as one of the most unique and recognisable producer / DJ today. Riva – with his love for re-inventing any music that inspires him – has coined the term “Snatch!” to describe his very personal bootleg remix technique, snatching and pick-pocketing any music style and making it his own. Also known as “Mezcla” - the Spanish word for blending or fusion - Riva’s music moves from mood to mood, genre to genre, but always leaving his cheeky, wobbly footprint. His eclectic love of contrasting sounds reverberate through his productions – Disco, Folk, Electro and Balkan beats are all thrown in there… “I’m a house DJ… My house style is like a magician’s hat; you can put your hand in there & you won’t know what will come out of it.” (Riva Starr – Time Out London) With an impressive catalogue of releases and remixes on key dance labels such as Made 2 Play, Get Physical, Dirtybird, Kindisch and Southern Fried; Riva’s diverse, but always distinctive sound has helped him notch up a fan-base that ranges from Annie Mac to Pete Tong, Tiesto to Riccardo Villalobos, Carl Cox to DJ Sneak, and Groove Armada to Sven Vath. His remixes are as diverse as his own productions, already including The Gossip, Derrick Carter, Usher, Thomas Schumacher, Plan B, Dennis Ferrer, Lionrock and Estelle. But no matter how diverse his productions and remixes, there is always an inimitable thread that is unique to Riva. “The Riva Starr sound has many different angles to it; It’s funny, sometimes it’s grotesque and sometimes it’s bouncy & dark, it really reflects my personality.” (Riva Starr) Riva’s recent album “If Life Gives You Lemons, Make Lemonade” (Made 2 Play), was released in January this year to critical acclaim. Drawing inspiration from the Balkan music scene, Riva showed his depth of musical knowledge - using the brilliant Noze on ‘I Was Drunk’ – whilst showcasing his directorial talents in the self-edited video release – a montage and homage to Balkan director Kusturica (over 800,000 hits on YouTube and counting). The single has already gained huge support on Radio 1 and the DJ elite and having been recently snapped up by major label Positiva, is due for release in August 2010. Riva’s Miami Defected compilation (March 2010) featured his remix of Dennis Ferrer’s ‘Hey Hey’ (arguably one of this year’s most talked about remixes), and was the perfect opportunity to showcase Riva’s dynamic sound and made one of Defected’s biggest compilations of the year. Snatch! (well of course!) Records, was launched in April 2010, and has already made a huge splash with releases from Donk Boys, David Keno, Riva’s own ‘Splendidub’, and Thomas Schumacher. You have to watch Riva’s incredible ‘Splendidub’ video, which again he made himself on Ableton… another YouTube sensation – sheer brilliance. 2010 was an insane year for Riva – he properly rocked all over the world… With an enviable energy, Riva has DJ’ed at every major club and festival including Cocoon; Space, Ibiza Rocks, the Radio 1 weekender & Pacha in Ibiza; UK festivals Glastonbury, The Big Chill, Creamfields & Love Box; Europes Dance Valley and Pukkelpop aswell as Fuji Rocks & Womb in Japan. It’s no wonder Riva was named as “Player of the Year” in IDJ, aswell as Mixmag’s “Star of the Year”… Pete Tong – the man who has played host to the most important global dance show for two decades – has joined forces with our Napoletan underdog Riva Starr, to present us with a mix compilation featuring "the very freshest underground dance music filling floors around the world today". Future Underground is available now on Defected. 2011 is going to be just as massive for Riva, with a compilation mix on the cards, aswell as his own artist album, a slew of new productions and exciting signings for Snatch!  “One of the most exiting names in house music… The surprise is that it sounds just as good outside the clubs, too” (The Big Issue) For all the uptodate news from Riva head over to the website, join his mailing list and get free downloads and exclusive content http://www.rivastarr.com Read more on Last.fm. User-contributed text is available under the Creative Commons By-SA License; additional terms may apply.
FREE SHIPPING ON ORDERS OVER £100 TO UK MAINLAND ONLY
See exclusions
View Cart