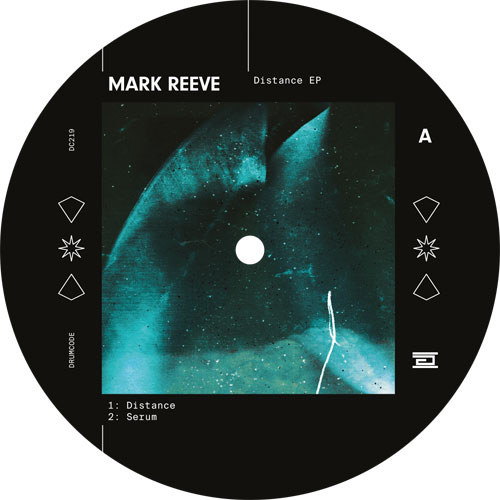 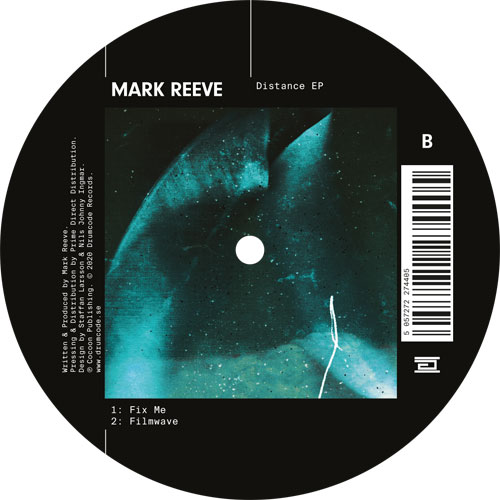 Reeve has since become a permanent fixture within Adam Beyer’s camp. He saw demand for his knockout ‘Run Back’ EP being matched and surpassed by his ‘Far Away’ EP, which bagged the number one spot on Beatport’s techno chart. Staunch DC fans will also be familiar with Reeve’s output on the label’s A-Sides compilation series, and clubbers hot on the tails of Drumcode events will have caught him centre stage across a string of showcases, including the inaugural Drumcode Festival.

Reeve’s music invariably endorses an arresting sonic aesthetic, with intense melodies often driving in those eye-closing moments. The title track ‘Distance’ is an atmospheric opening gambit set to sonically massage the senses with uplifting pads and a radiant melody. ‘Serum’, a track recently road-tested by Beyer at a special event in collaboration with Cercle, soars and captivates as it progresses with a low-end rumble and intricate keys. ‘Fix Me’ is a vigorous techno workout that’s intent on energising a clubroom rammed with sweat-soaked dancers. Closing off the EP, ‘Filmwave’ rides a killer groove into a pit of punchy, powerful kicks.

Mark Reeve is a DJ and producer with more than 15 years of experience in numerous clubs around Germany, Italy, Switzerland and the UK. Mark's musical talent finds its origin in his family who had previously been singers and entertainers. At just 16 years old, Mark started DJ'ing publicly, with appearances in various youth clubs around England. Born in Poole, Dorset in Southern England, Mark discovered his interest in electronic music, especially break beats and drum and bass at the age of 12. Mark's interest was ignited when his family moved from England to Germany, there he discovered house and techno records for the first time. These influences are evident in Mark's music as it's often described as a fusion of tech house and techno. In 2004 Mark experienced his first residency in the legendary Nachtcafe in Darmstadt and only six months later he also became resident at Deep Club in Heidelberg. Since then, his career as a DJ has gone from strength to strength. In 2005 his first Bootleg-and White Promo production appeared. Then in 2007, 'The Fabolous - Amelie' reached 5th place in the 'Discomania' vinyl sales charts and was number 1 for 5 weeks on 'Decks Record's house charts. After two years in the latin / tech-house style, his first release on the big Italian label 'Starlight Music' came with 'Haciendo Musica' After plenty of positive feedback from the likes of Sergio Fernandez and others, Mark released and enjoyed huge success with the 'The Pied Piper' This included a remix from Paul Cooper of Stealth Records and it received heavy play from big name DJs all around the world. 2010 was a big year for Mark when he produced a track called 'Move On'. His close friend Tapesh (Defected , CR2) added a remix and it received numerous plays all around the world. This track was also featured on BigCitybeats Vol 12. As a result of the successful partnership on 'Move On', Tapesh and Mark joined forces again to produce two tracks for Defected which are featured on this years Defected Ibiza Albums. Also in 2010, Mark Reeve was featured on the 'Top 10 Beatport' house charts and the 'Top 20 Beatport' main charts with his summer hit 'Carlito' on Starlight Music. In the future, Mark aims to release music on labels like Viva Music, Defected and Soulman Music. Read more on Last.fm. User-contributed text is available under the Creative Commons By-SA License; additional terms may apply.
FREE SHIPPING ON ORDERS OVER £100 TO UK MAINLAND ONLY
See exclusions
View Cart