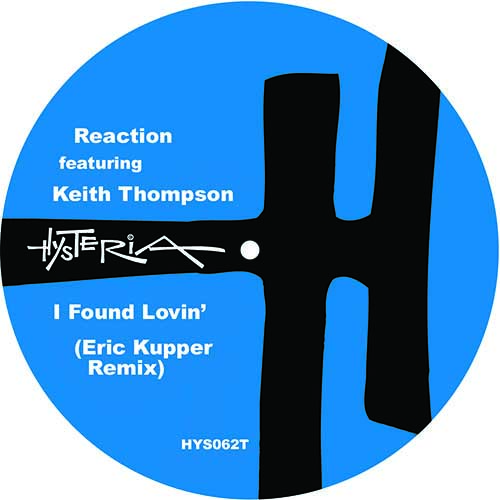 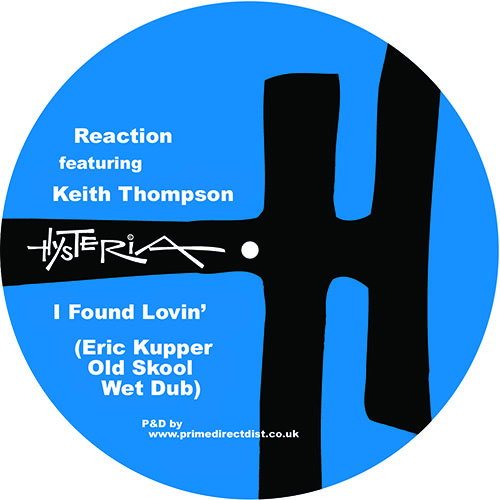 A meeting of minds under the guise of Reaction let loose this stunning version of The Fatback Band’s seminal soul-funk classic for Hysteria Records produced by Richie Jones, Eric Kupper and Chris "The Greek" Panaghi and features lead vocals by Keith Thompson (Raze "Break 4 Love") and backing vocals by Chanelle ("One Man") and Leslie Carter.

On this 12", Eric Kupper provides a spectacular remix filled with a funky, punchy, uplifting energy for today’s dancefloors, while still maintaining full respect for the Fatback original. An honest feel-good record that is sure to delight soulful-house music lovers the world over and have them lost in its magic, eyes closed, singing along. Includes the exclusive vinyl-only B-Side; Eric Kupper's Old School Wet Dub.

Four acts use(d) this name: (1) heavy metal from Tokyo, Japan, (2) hard rock from Germany, (3) indie/alternative/power-pop band from the US and (4) Drum and Bass artist from the UK. (1) Reaction (Japan) Reaction was a heavy metal band from Tokyo, Japan, which was formed back in 1983. It was counted among the important band from Kanto (East Japan, Tokyo-Yokohama area) metal movement, alongside heavy metal stalwarts Anthem and Sabbrabells. Kanto movement was seen as a rival movement to the Kansai (West Japan, Osaka-Kyoto-Kobe area) metal movement. They released 5 full length albums and 6 singles. The band had a number of singer changes, otherwise the members stayed the same through out their career. They had to split up in March 1989 after the singer left due to artistic differences. (2) Reaction (Germany) A "no compromise" hard rockin' trio. Claim's that Reaction were a reaction against British bands like Agnes Strange and Incredible Hog. This was hardly the case, as these bands issued their albums at the same time or after Reaction (1972 and 1975). However, the German trio was an equally loud and aggressive band, eager to surpass the blues-based guitar rock of Cream and Jimi Hendrix. (3) Reaction (USA) A indie/alternative/power-pop band from the US. You can find out more about them from http://www.myspace.com/reactionchicago. They got together in 1981 in Chicago. (4) Reaction (UK) Drum and Bass artist from the UK, Started writing music in 2008, visit www.myspace.com/reactiondrumandbass for music Read more on Last.fm. User-contributed text is available under the Creative Commons By-SA License; additional terms may apply.
FREE SHIPPING ON ORDERS OVER £100 TO UK MAINLAND ONLY
See exclusions
View Cart