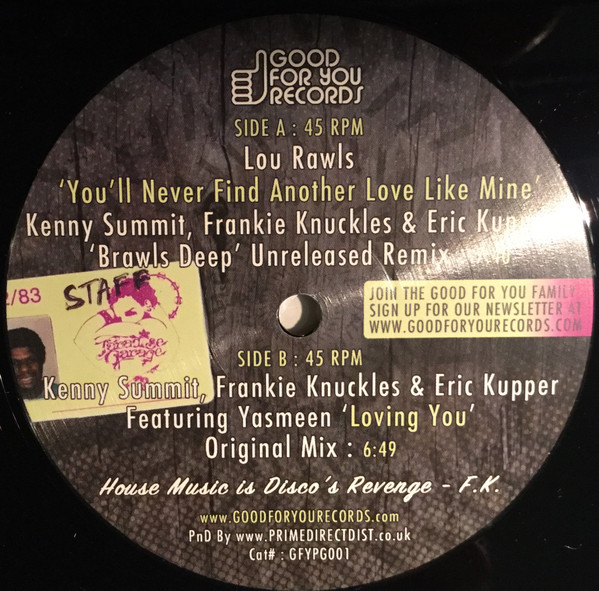 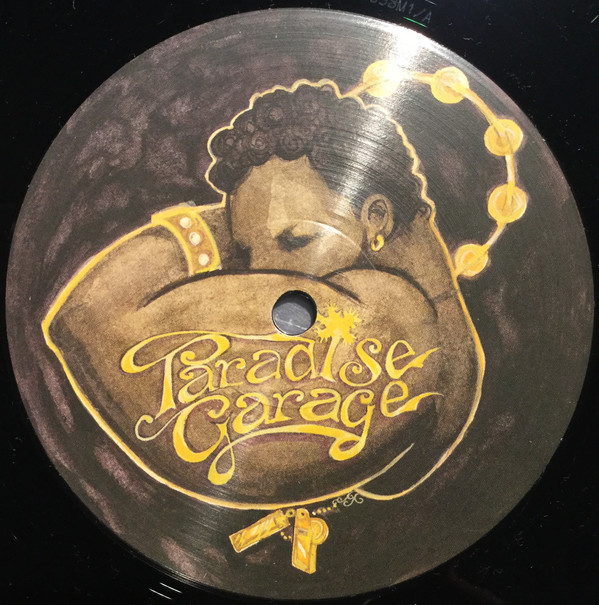 - NEW RELEASE
Sorry, this item is currently unavailable.
ARTIST:
Rawls, Lou / Summit, Kenny
TITLE:
You’ll Never Find / Loving You
LABEL:
Good For You Records
CATNO:
GFYWAX002
STYLE:
House / Deep House / House / Deep House /
FORMAT:
Vinyl record
DESCRIPTION:
Pumpin House Remixes - Good For You present a special Paradise Garage inspired 12 Inch sampler from the upcoming ‘Paradise Garage : Inspirations’ compilation, featuring two of Kenny Summit's collaborations with the Director's Cut duo, and Godfathers of House, Frankie Knuckles and Eric Kupper. Neither of these tracks have ever been pressed to vinyl, so this is your chance to own these masterful tracks cut loud and proud on either side of a 12 inch.

The A side houses the last ever Frankie Knuckles production, a project Frankie and Summit worked on with Eric Kupper - remixing 'You'll Never Find Another Love Like Mine' by the legendary Lou Rawls – pure soulful house brilliance from the very first second. On the flip you’ll find a further Kenny collaboration with the dynamic duo entitled ‘Loving You’ – the trio teaming up to deliver a stunning Motown inspired dance floor stomper with an uplifting vocal by the one and only Yasmeen. Two certified anthems that have had heavy rotation with DJs like Cajmere, Grant Nelson, Sonny Fodera, Quentin Harris, Robert Owens, Tony Humphries, Danny Rampling, John Morales, Graeme Park, Pete Tong and still continue to get played the world over.

Both this sampler and the full compilation feature a masterpiece of cover art designed by Alexander Juhasz, the artist behind the award winning films The Little Prince and The Babadook