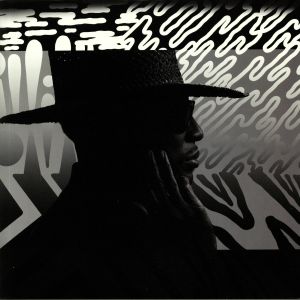 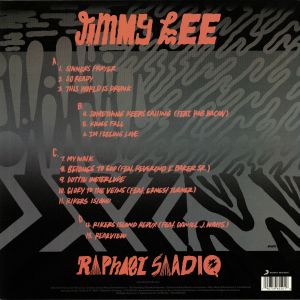 Raphael Saadiq is known above all for the bounty of stirring love songs and lively jams he has made for himself and others since the late '80s. Less recognized are his tales of tragic figures struggling to make ends meet as their egos and vices respectively trip out and take hold, despite his breakthrough with one, Tony! Toni! Toné!'s "Little Walter," and a Grammy nomination for another, "Good Man." Saadiq's first LP since the latter hit takes the conflicted narratives to a higher level that is more concentrated and personal. Jimmy Lee is titled after an older brother he idolized -- one of four siblings he has lost to tragedy. "I love Jimmy, but Jimmy smoke crack and sold my horn," he seethes as he struts in "My Walk," a hip-hop blues number weaving humor and real-life horror to whomping effect. In the downcast "Glory to the Veins," Saadiq laments, "I lost a brother to AIDS, still he laughed every day," indicating that a such-is-life outlook runs in the family. Saadiq otherwise tends to sing from the perspective of a lost soul, making it all go down easy with some of the richest, impeccably sweetened music of his career. He's wracked with concern about his daughter while staring down police in the pitch-black groove "Sinners Prayer," blithely observant of his destructive path in the liquid disco-funk of "So Ready," and is repentant but resigned in the churning "Something Keeps Calling." Just as unsettling is "I'm Feeling Love," loping funk in which he's a spaced cowboy, as high as his Larry Graham-style bass thump is low. The point of view temporarily switches to third person in "This World Is Drunk" with Saadiq at his descriptive and compassionate best, and in "Rikers Island," he is as outspoken as ever, preaching against the school-to-prison pipeline like Bootsy Collins to an all-Ray Ray multi-tracked choir. With the slamming of a cell door, "Rikers," like the majority of the surrounding songs, ends abruptly. Short jolts of static ease most of the other track transitions. Rather than come across as a masking tactic akin to explosion FX deployed by DJs who can't mix, the disruptions add to the urgency as the perspectives, moods, and styles shift. From its inspiration to its supporting cast, this is a family affair; nephew Dylan Wiggins is among several additional keyboardists, and uncle Reverend E. Baker provides a joyous testimonial. The brothers and sisters in arms, longtime partners (Thomas McElroy, Taura Stinson) and new associates (Brook D'Leau, Daniel Crawford) alike, play in service to the vision of one eminent artist, helping him convert grief to artistic brilliance.

Raphael Saadiq (born Charlie Ray Wiggins on May 14, 1966 in Oakland, California) is an acclaimed American music artist. He is a singer, songwriter and record producer associated with the neo-soul music movement. Saadiq made a name for himself as the lead vocalist in the rhythm and blues and dance trio Tony! Toni! Toné!. He went by his birth name during the beginning of Tony! Toni! Toné!, where he was joined by his brother Dwayne Wiggins, and his cousin Timothy Christian. He adopted the name of Raphael Saadiq in the mid-1990s. After the 1996 Tony! Toni! Toné! album, House of Music, (when he performed under his current name) Saadiq started his solo career. He produced a few solo tracks, but Saadiq's next big project became the R&B supergroup Lucy Pearl. He recorded the self-titled album with Dawn Robinson (En Vogue) and Ali Shaheed Muhammad (A Tribe Called Quest). This group only lasted for one album. His solo album Instant Vintage, released in 2002, also earned 5 Grammy nominations. Saadiq released his third solo album, The Way I See It, on September 16 2008, featuring collaborations with Stevie Wonder and Joss Stone. Saadiq acknowledges the album's old school soul sound, which he says includes nods to Gladys Knight & The Pips, Al Green, The Four Tops, The Delfonics and The Stylistics. Various artists have tapped Saadiq to produce their work through the years. Some of Saadiq's most notable work has been with D'Angelo. The 2000 collaboration "Untitled" won D'Angelo a Grammy award for Best R&B Album. In 2007, Saadiq was called on to produce the whole third album from UK Soul singer Joss Stone. Other artists he has collaborated with include The Roots, Macy Gray, Snoop Dogg, Kelis, Q-Tip and Young Bellz. In 2002, Saadiq founded his own record label, Pookie Entertainment. Among the artists on the label are Joi and Truth Hurts. Saadiq has been playing music since the age of six. Back in the 1970s and 1980s, he played bass at church and school. He also enjoyed his on-stage moments at various local events of his hometown. http://vimeo.com/3020000 Read more on Last.fm. User-contributed text is available under the Creative Commons By-SA License; additional terms may apply.
FREE SHIPPING ON ORDERS OVER £100 TO UK MAINLAND ONLY
See exclusions
View Cart