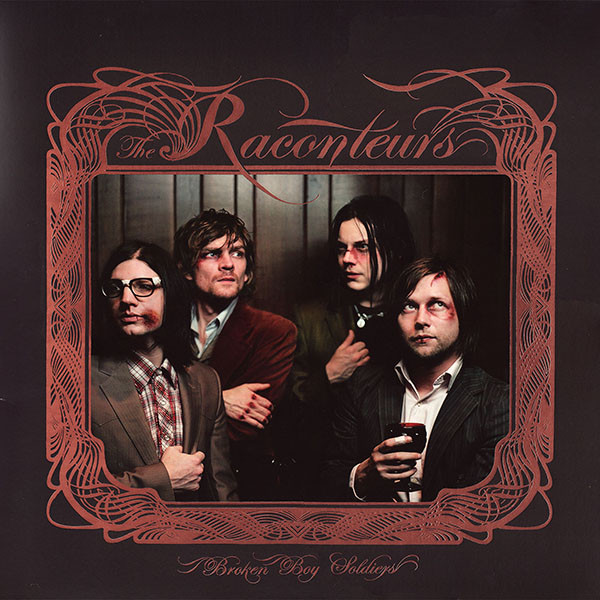 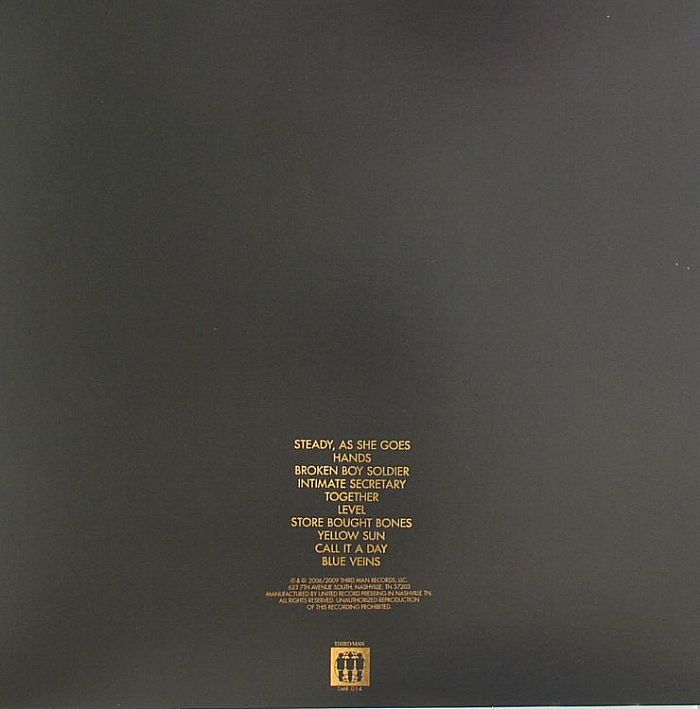 The Raconteurs consist of Jack Lawrence (bass), Patrick Keeler (drums), Brendan Benson (guitars, vocals, keys) and Jack White (guitars, vocals, keys). The seed was sewn in an attic in the middle of a hot summer when friends Jack White and Brendan Benson got together and wrote a song that truly inspired them. This song was ‘Steady, As She Goes’ and the inspiration led to the creation of a full band

It's hard to call the Raconteurs a genuine supergroup since there's only one true rock star in the quartet: the White Stripes' eccentric mastermind Jack White. Sometime between the recording of the Stripes' 2003 breakthrough Elephant and its willfully difficult 2005 follow-up, Get Behind Me Satan, White teamed up with fellow Detroit singer/songwriter Brendan Benson to write some tunes, eventually drafting the rhythm section of Cincinnati garage rockers the Greenhornes as support. Lasting just ten tracks, their debut, Broken Boy Soldiers, doesn't feel hasty, but it doesn't exactly feel carefully considered, either. It sounds exactly as what it is: a busman's holiday for two prodigiously gifted pop songwriters where they get to indulge in temptations that their regular gig doesn't afford. For Benson, he gets to rock harder than he does on his meticulously crafted solo albums; for White, he gets to shed the self-imposed restrictions of the White Stripes and delve into the psychedelic art pop he's hinted at on Elephant and Satan. Both Benson and White are indebted to '60s guitar pop, particularly the pop experiments of the mid-'60s -- in its deliberately dark blues-rock, Elephant resembled a modern-day variation of the Stones' Aftermath, while Benson has drawn deeply from Rubber Soul and Revolver, not to mention the Kinks or any number of other '60s pop acts -- so they make good, even natural, collaborators, with Brendan's classicist tendencies nicely balancing Jack's gleeful freak-outs. Appropriately, Broken Boy Soldiers does sound like the work of a band, with traded lead vocals and layers of harmonies, and no deliberate emphasis on one singer over the other. Even if there's a seemingly conscious effort to give Brendan Benson and Jack White equal space on this brief album, White can't help but overshadow his partner: as good as Benson is, White's a far more dynamic, innovative, and compelling presence -- there's a reason why he's a star. But he does willingly embrace the teamwork of a band here, dressing up Benson's songs with weird flourishes, and playing some great guitar along the way. If the Raconteurs don't rock nearly as hard as the White Stripes -- there's a reckless freedom in Jack's careening performances when he's supported only by Meg White -- they do have some subtle sonic textures that the Stripes lack, and a tougher backbone than Benson's albums, which makes them their own distinctive entity. And they're a band that has their own identity -- it may be somewhat stuck in the '60s, but they're not monochromatic, showcasing instead a variety of sounds, ranging from sparely ominous single "Steady, as She Goes" and the propulsive pop of "Hands" to the churning Eastern psychedelia of "Intimate Secretary" and the grandiose menace of the title track to the slow blues burn of "Blue Veins." These songs, and the five other cuts on this album, prove that the Raconteurs are nothing less than a first-rate power pop band -- but they're nothing more, either. They may not rewrite the rules of pop on Broken Boy Soldiers, but they don't try to: they simply lie back and deliver ten good, colorful pop songs, so classic in style and concise in form that the album itself is barely over in 30 minutes. It's brief and even a little slight, but it's almost as much fun to listen to as it must have been to make.

PLAY
CUE
MP3
a1
Ready, As She Goes
a2
Hands
a3
Broken Boy Soldier
a4
Intimate Secretary
a5
Together
b1
Level
b2
Store Bought Bones
b3
Yellow Sun
b4
Call It A Day
b5
Blue Veins
FREE SHIPPING ON ORDERS OVER £100 TO UK MAINLAND ONLY
See exclusions
View Cart