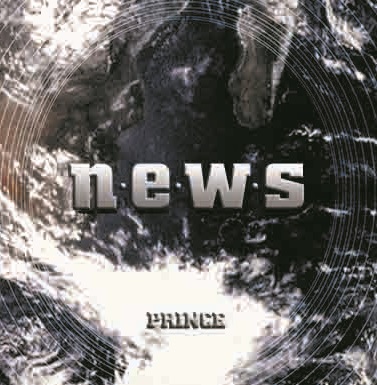 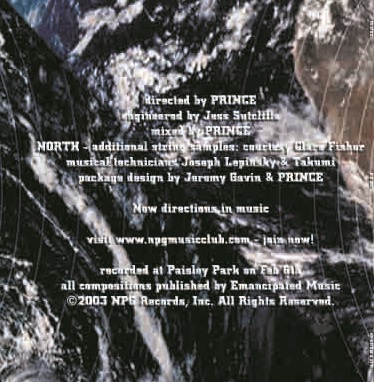 N.E.W.S. was the second instrumental album in succession, and contained only four tracks, each exactly 14:00 long (“NORTH” - “EAST” – “WEST” – “SOUTH”). At the time of release, Prince's succession of releases from 2001-3 indicated that he was entering into a more permanent jazz/funk territory for his music, although his return to vocal pop music the following year with Musicology and later releases confirms that this was a more temporary era.

The album was recorded all in one day, 6 February 2003, as indicated on the packaging, although it is likely that additional work took place later in February 2003.

The inclusion of Eric Leeds providing lead saxophone on the complete instrumental album brought comparisons between this album and the 1987 Madhouse albums 8 and 16, but the structure and feel of the album is very different. It is notable that Prince chose to release this album under his own name rather than under a pseudonym.


"North," "East," "West," and "South," performed by Prince on guitar, keyboards, and percussion, with Eric Leeds on baritone and tenor saxophone, John Blackwell on drums, and Rhonda Smith on acoustic and electric bass. ("North" includes string samples "courtesy of" Clare Fisher.) The seemingly improvised music ranges from funk to jazz to new age without any apparent direction or intention.

There are attractive passages here and there, such as some solo piano work on "North" and Leeds' warm horn playing throughout. Needless to say, this aimless studio jam is not what Prince fans are used to hearing from him, even given his eclectic and exploratory nature, and this is not the kind of album he might have been expected to deliver if he were still working for an established record company instead of putting out his own discs. But that may be the point. The listener, who will have to be a particularly rabid aficionado of all things Prince to be interested, must throw out all expectations and simply revel in the joy of hearing the musician and his cohorts experiment with relaxed musical textures for 56 minutes. Of course, no one else needs to bother.

OTHER RELEASES ON AAA RECORDINGS OR BY PRINCE:

We have many other items in stock by Prince and on the label AAA Recordings.