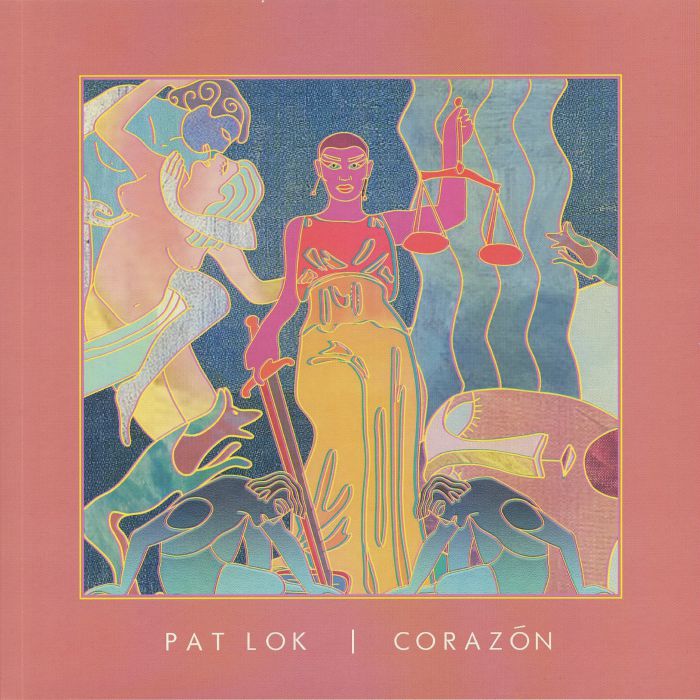 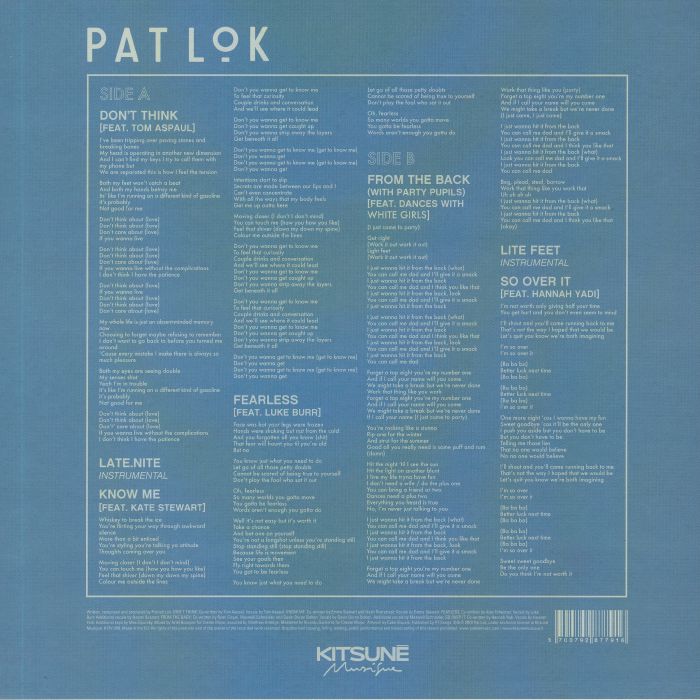 - NEW RELEASE
Sorry, this item is currently unavailable.
ARTIST:
Pat Lok
TITLE:
Corazon
LABEL:
Kitsune
CATNO:
K12V280
STYLE:
House / Deep House / R&B / House / Deep House / R&B /
FORMAT:
Vinyl record
DESCRIPTION:
Quality House & R&B & Downtempo Electrconica From the Canadian - Vancouver-based Pat Lok, who recently released his new Corazón EP. Since his debut, Pat Lok has defined his style on eclecticism. Jumping around between different beat patterns and tempos, listeners never know if a new release is going to be house, hip-hop, future bass, or anything in between. What they do know is that every track will be grounded in his signature funky flavor.

This latest EP, which generously boasts seven new cuts, explores the themes of instant-gratification in modern society; how everything is expected to happen immediately in a world where so much is just a click away. The lyrics describe a relationship that lasts a mere 36 hours while the varying sounds sonically depict the ups and downs that come with such a relationship.

As always, Pat Lok brings a series of exciting vocalists along for this release. Tom Aspaul joins him for the alt-disco jam, “Don’t Think,” which opens the EP. Kate Stewart is featured on “Know Me,” a groovy beat that flips between funk and hip-hop rhythms. Finally, Hannah Yadi makes an appearance on the closing track, “So Over It,” which gradually crescendos into the aural understanding that this relationship is now all in the past.

Pat Lok is based in Vancouver, Canada. In 2012 he was named co-winner of The Rapture's "How Deep Is Your Love" remix competition along with producer/dj partner Cyclist by DFA Records out of over 130 submissions. His music has garnered support from: Dmitri from Paris, The Magician, Mighty Mouse, Plastic Plates, Jeremy Glenn, Cosmo Baker, Xinobi, Cassian, and more. Coming off recent appearances spanning from Los Angeles to San Francisco and Toronto to Mexico, his monthly Daft Funk party mixtapes have inspired a global following. Artists he has shared the stage with over the last decade include: Bloc Party, Fred Falke, Alan Braxe, Junkie XL, The Twelves, Breakbot, GRUM, Classixx, Friendly Fires, Don Diablo, and Alex Metric. Read more on Last.fm. User-contributed text is available under the Creative Commons By-SA License; additional terms may apply.
FREE SHIPPING ON ORDERS OVER £100 TO UK MAINLAND ONLY
See exclusions
View Cart