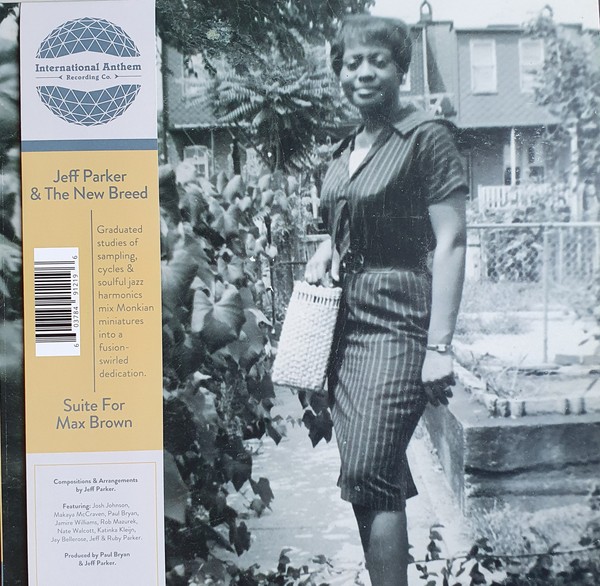 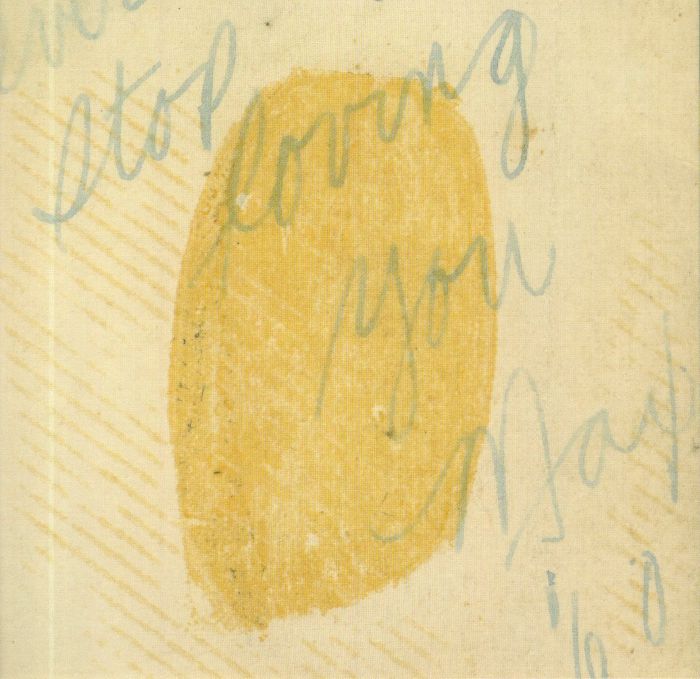 “I’m always looking for ways to be surprised,” says composer and multi-instrumentalist Jeff Parker as he explains the process, and the thinking, behind his new album Suite for Max Brown, released via a new partnership between International Anthem and Nonesuch Records. “If I sit down at the piano or with my guitar, with staff paper and a pencil, I’m eventually going to fall into writing patterns, into things I already know. So, when I make music, that’s what I’m trying to get away from—the things that I know.” Despite its musical departures, in presentation Suite for Max Brown is an informal companion piece to The New Breed, Parker’s debut release on International Anthem, which was honored as one of the “Best Albums of 2016” by New York Times, Observer, and Los Angeles Times.

“I made The New Breed based off these old sample-based compositions and mixed them with improvising,” Parker says. “That’s in a nutshell how I make a lot of my music; it’s a combination of sampling, editing, retriggering audio, and recording it, moving it around and trying to make it into something cohesive… With Max Brown, it’s evolved.” Though Parker collaborates with a coterie of musicians under the group name The New Breed, theirs is by no means a conventional “band” relationship. Parker is very much a solo artist on Suite for Max Brown. His accompanists are often working alone with Parker, reacting to what Parker has provided them, and then Parker uses those individual parts to layer and assemble into his final tracks. The process may be relatively solitary and cerebral, but the results feel like in-the-moment jams—warm-hearted, human, alive. Suite for Max Brown brims with personality, boasting the rhythmic flow of hip hop and the soulful swing of jazz.

His collaborators on Max Brown include pianist-saxophonist Josh Johnson; bassist Paul Bryan, who co-produced and mixed the album with Parker; fellow International Anthem artists Makaya McCraven and Rob Mazurek; trumpeter Nate Walcott; drummers Jamire Williams and Jay Bellerose; cellist Katinka Klejin; and his seventeenyear-old daughter Ruby Parker on the opening track “Build a Nest.” Ruby’s presence at the start is fitting as the album is, in true Parker fashion, a familiar affair. “That’s my mother’s maiden name. Maxine Brown. Everybody calls her Max. I decided to call it Suite for Max Brown. The New Breed became a kind of tribute to my father because he passed away while I was making the album. I thought it would be nice this time to dedicate something to my mom while she’s still here to see it.” There is a multi-generational vibe to the music too, as Parker balances his contemporary digital explorations with excursions into older jazz. Along with original compositions, Parker includes “Gnarciss,” an interpretation of Joe Henderson’s “Black Narcissus,” and John Coltrane’s “After the Rain.”

Coltrane is a touchstone in Parker’s musical evolution. “I used to deejay a lot when I lived in Chicago. I was spinning records one night and for about ten minutes I was able to perfectly synch up a Nobukazu Takemura record with the first movement of John Coltrane’s A Love Supreme and it had this free jazz, abstract jazz thing going on with a sequenced beat underneath. It sounded so good. That’s what I’m trying to do with Max Brown.”

A prolific jazz guitarist, Jeff Parker freelances in jazz and all its contemporary extracts mostly within the greater Chicago area. Noted for his smoothness and intensely influenced improvisational skills, Parker has had success with a number of groups, including the internationally praised avant-garde group Tortoise. Jeff Parker still resides in Chicago and can be found in almost every corner of the Chicago music scene. Jeff Parker links: Official website Thrill Jockey page Read more on Last.fm. User-contributed text is available under the Creative Commons By-SA License; additional terms may apply.

There are at least four bands with the name The New Breed: 1. From Sacramento, CA, the New Breed recorded a few British Invasion-influenced pop-garage singles in the mid-'60s that did well in their hometown and a few other pockets of Northern California, but went unheard elsewhere. One of the many decent but somewhat colorless bands of their type, they at least had good taste in material, recording a version of the obscure Lennon-McCartney song "I'm In Love" (which had been a British hit for the Fourmost), and covering Randy Newman's "I've Been Wrong Before" when the singer/songwriter was all but unknown. The stomping "Green Eyed Woman," a Sacramento hit, was their best original song. The group pursued a more psychedelic direction after 1966, and changed their name to Glad for an album on ABC in the late '60s. In the 1970s, they turned into Redwing, who recorded a few LPs for Fantasy. If the New Breed are mentioned at all in history books, it's because bassist Tim Schmit joined Poco in 1970, and then the Eagles in 1977. 2. The New Breed were a freakbeat/garage/mod band from the UK signed to Decca in the 1960's. 3. The New Breed were a punk rock band from Halifax, Nova Scotia. Forming in early 1997. The band played a mix of street punk, working class rock'n'roll and Celtic folk. The latter was augmented by the frequent use of the mandolin in the band's instrumentation. While the group dissolved in the fall of 2005, they drew comparisons in their time to the Clash, Dropkick Murphys and Swingin' Utters. The New Breed released the bulk of their catalogue through Ohio based hardcore label Thorp Records. Band members were: Dave Robertson - Guitar, Lionel Stanly - Guitar/Mandolin, Brian Whalen - Bass, Alec Oickle - Drums, and Jonny Stevens - Vocals. 4. The New Breed started as a fund –raiser for Johnny Lokke's friend, drummer, Scot Goacher, who had an accident and broke his hip. “Bound By The Thread” was released 2004 featuring guest appearances by Stefan Leibing of Primal Fear, Al Atkins (original vocalist for Judas Priest), Mike Campese, a master shredder from NYC who has also has written instructional articles in Guitar World magazine, and Chris "Wah Wah" Watson, an excellent axe player from the 80's NWOBHM band "Black Rose”. Read more on Last.fm. User-contributed text is available under the Creative Commons By-SA License; additional terms may apply.
FREE SHIPPING ON ORDERS OVER £100 TO UK MAINLAND ONLY
See exclusions
View Cart