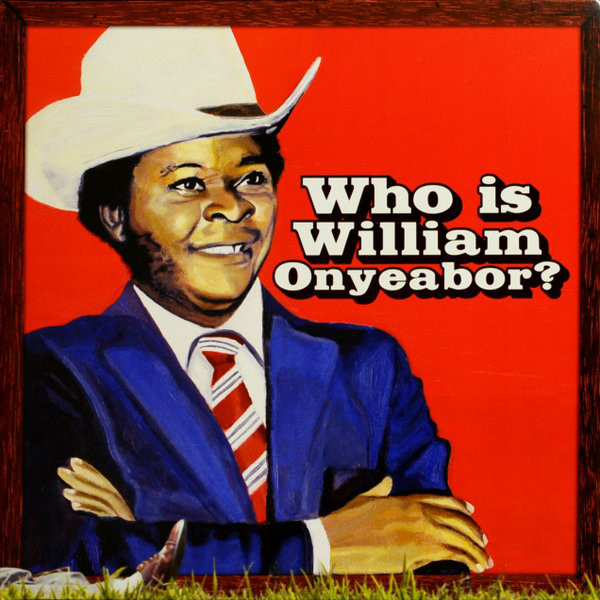 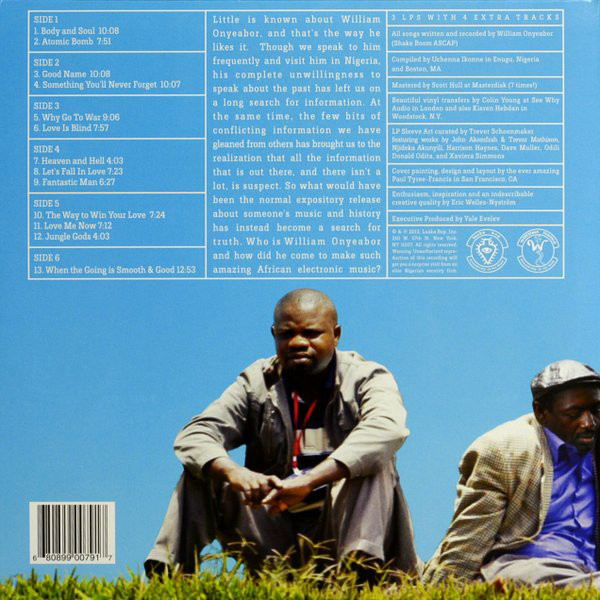 ONYEABOR, WILLIAM - WHO IS WILLIAM ONYEABOR?

Through its World Psychedelic Classics series, Luaka Bop has succeeded at introducing long-forgotten artists including Os Mutantes, Shuggie Otis and Tim Maia to the world at large. William Onyeabor is as obscure as these other artists were before their Luaka Bop releases, although his recordings from the 70s and 80s are beloved by die-hard record collectors and artists such as Damon Albarn, Devendra Banhart, Four Tet and Caribou, to name a few. The music ranges from synth-heavy electronic dance music to Afrosoul with saxophones and female backup singers, to psychedelic funk with wah-wah guitar and fuzzy keyboards - and often combines all of these elements.

'Who Is William Onyeabor?' may be the most complicated, if also one of the richest, undertakings in Luaka Bop's (rarely straightforward) 25-year history. Following the eight albums Onyeabor self-released between 1978 and 1985, he became a Born-Again Christian, refusing ever to speak about himself or his music again. Various biographies can be found online. Some say he studied cinematography in the Soviet Union and returned to Nigeria in the mid-70s to start his own film company, Wilfilms. Some say he was a lawyer with a degree from a university in Great Britain. Others portray him as a businessman who for years worked on government contracts in Enugu, Nigeria.

By attempting to speak with Onyeabor himself, and by talking to people who seem to have firsthand knowledge, Luaka Bop has been trying to construct an accurate biography of him for the past 18 months...without success.

One thing that's undisputable is that Onyeabor's music is utterly unique and ahead of its time.

"The world might just be better off not hearing [Onyeabor's "Atomic Bomb"], which will burrow and propagate its seed exponentially by the second, into the hearts and souls of all humanity. It's the catchiest song I've ever heard; when it gets in my brain, I can't sleep...He's a mythical character from Nigeria." - Devendra Banhart in Uncut

"Anyone out there who is making music at the moment...will be quite excited by this..." - Damon Albarn on BBC Radio One

"People are really going to freak out!" - Caribou

William Onyeabor (Enugu, Nigeria, 29 March 1946 – 16 January 2017) was a Nigerian afro-funk, musician, singer and songwriter. Onyeabor's songs are often heavily rhythmic and synthesized, occasionally epic in scope, with lyrics decrying war and sung by both Onyeabor himself and female backing vocalists. In recent years a number of his songs have appeared on various compilations, most often his biggest hit, "Better Change Your Mind", which has appeared on Africa 100, World Psychedelic Classics 3: Love's a Real Thing - The Funky Fuzzy Sounds of West Africa, and Nigeria 70: The Definitive Story of 1970's Funky Lagos, through labels such as Luaka Bop. Some biographies claim that he studied cinematography in Russia, returning to Nigeria in the 1970s to start his own Wilfilms music label and to set up a recording and production studio. He was later crowned a High Chief in Enugu, where he still lives as a businessman working on government contracts and running his own flour mill. According to the Luaka Bop record label, Onyeabor "self-released eight albums between 1977 and 1985 and then became a born-again Christian, refusing to ever speak about himself or his music again." The label reports that through attempting to speak with Onyeabor himself, and by talking to people who seem to have firsthand knowledge, it has been trying to construct an accurate biography of him for the past 18 months, without success. In 2014, the music website Noisey, affiliated to Vice magazine, released a 31-minute documentary entitled Fantastic Man that documents Onyeabor's history and legacy as well as Noisey's attempt to track him down for an interview. 2014 also saw a touring supergroup called the Atomic Bomb! Band come together to play Onyeabor's music at a series of concerts and festivals around the world. The group includes David Byrne (of Talking Heads) and Money Mark (of the Beastie Boys). In December 2014, William Onyeabor made his first radio appearance on the Lauren Laverne Show on BBC 6 Music, where he stated "I only create music that will help the world," whilst also admitting that he has never played live, and announcing that he had plans to release new material. William Onyeabor died aged 72, peacefully, on January 16, 2017. Atomic Bomb Luaka Bop World Psychedelic Classics 5: Who is William Onyeabor? Read more on Last.fm. User-contributed text is available under the Creative Commons By-SA License; additional terms may apply.
FREE SHIPPING ON ORDERS OVER £100 TO UK MAINLAND ONLY
See exclusions
View Cart