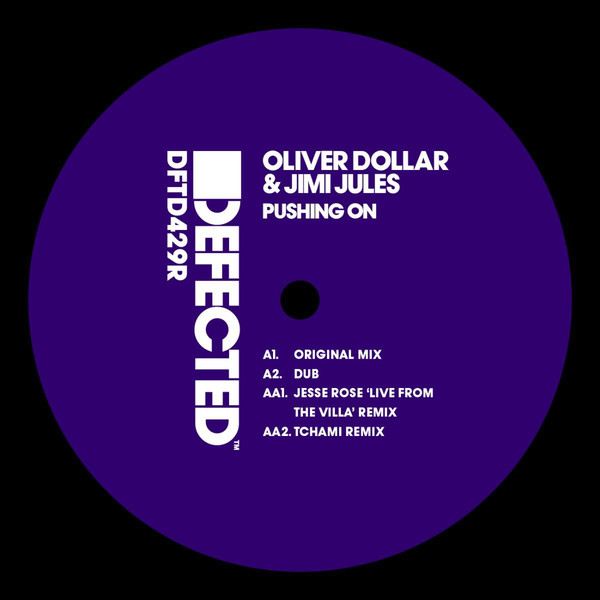 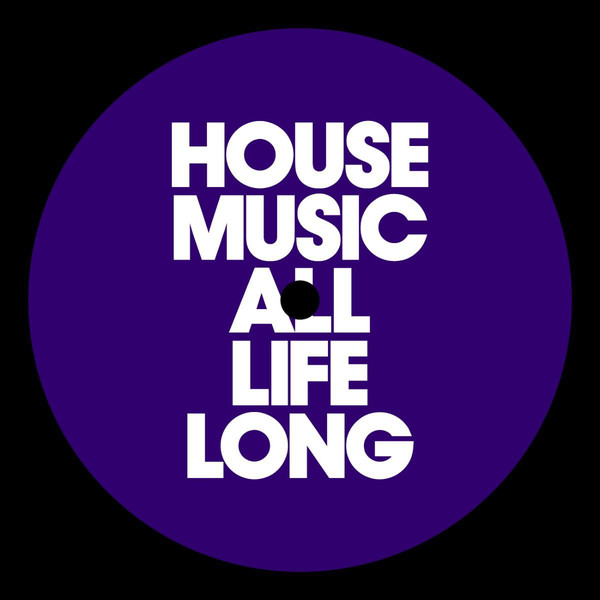 
Oliver Dollar sure knows how to make dance floor bait. His rough edged and lo-fi house is infused with plenty of funk, soul and disco cues, as well as plenty of well found samples. He is a perfect mix for Defected and here link with Jimi Jules for the easy to love and heart felt grooves of "Pushing On." As well as a dub, Jesse Rose serves up a 'live From The Villa' remix that has big, bouncy kicks and hard edge claps softened by a big diva vocal. Tchami then closes out with the most peak time and pumping of the lot.

A record house-heads know and love, this special 12” package offers a rare chance to get the cross-over hit on wax. Kicking off on the A-side is the beloved, club-ready original, alongside the stripped-back Dub version, that brings extra focus to the track’s irresistibly deep bassline form start to finish. Opening the B-side, Jesse Rose’s ‘Live From The Villa’ Remix enlists melodic keys and a mellow chill, contributing towards the remix’s Balearic feel. Finally, Tchami comes through with a bouncier, clubbier mix, ready for the dancefloor.

Oliver $ continues working closely with Jesse Rose and producing records and remixes that are being played by the likes of Ricardo Villalobos, Luciano, Derrick Carter and Switch. 2008 started with a bang for Oliver as Hotflash was released on made to play in january and has been a massive hit. His remixes for Swag, Idiotproof (aka Jamie Anderson and Deepgroove) and Jacob London have caused devastation all over and his remix of Grovesnor’s Drive your car on Grecoroman got the biggest reaction in Jesse Rose’s set to 20,000 people on New Years day 2008 in Sydney, Australia. As well as having a busy studio schedule Oliver $ is also playing both live and djs sets at some of the best clubs the world over. Over the next few months he will be playing at The Egg in London, Vega in Copenhagen, Rumble in Sweden, Stalker in Holland and Panoramabar in Berlin where he holds his residency at the monthly made to play night. Read more on Last.fm. User-contributed text is available under the Creative Commons By-SA License; additional terms may apply.

Zurich based DJ and producer Jimi Jules is one of the most promising upcoming artists within the international underground dance music scene. Together with his partner in crime Oliver $, this Swiss groovy multi-instrumentalist recently shook up the scene with their smash-hit Pushing On, occupying the beatport number one spot for over two weeks. The tune emanated centrifugally, inducing shaky legs from the centre of Europe to the beaches of Miami and the shores of Japan. But let’s be clear: Jimi Jules ain’t no one hit wonder! Descended from a tribe of Caribbean voodoo-sorcerers and a Central Swiss farmer and musician’s family, Jimi Jules quickly picked up the very basic essence of soulful musical vibrations, first expressing his colourful moods on a trumpet and later on a bass tuba. However, since carrying around a bulky wind brass all of the time turned out to be a bloody pain in the ass, Jimi Jules eventually switched to vocals as he completed his Master’s degree at the Zurich University of the Arts, where he specialised in mixing and producing. Over the course of his studies, Jimi Jules proved his exceptional skills as a live performer in front of the magnificent backdrop of his electro-band Le Dompteur, simultaneously building up a heavy reputation for ceremonial DJ sets at his residence club Hive in Zurich. After Jimi Jules successfully freed himself from the academic chains that bound him to his home country, he decided to fulfil his childhood dream and moved to Berlin where he lived over the course of 2013. It comes as no surprise that Jimi Jules quickly settled into Europe’s capital of electronic dance music; Soon he was entertaining Berlin’s clubs of distinction, routinely playing all night slots on the main floor of the infamous Watergate club. The club’s own booking agency was so convinced of this man’s talent that they offered him a place in the agency. Meanwhile, Jimi Jules moved back to Zurich where he is currently working on his upcoming album and still did not cut his hair. Jimi Jules has come a long way already, but with his latest number one hit release on Defected and some prestigious bookings such as Montreux in prospect, it is apparent that this dude is only just commencing a fruitful journey through the mystical world of his own artistic creations. Source: www.residentadvisor.net Read more on Last.fm. User-contributed text is available under the Creative Commons By-SA License; additional terms may apply.
FREE SHIPPING ON ORDERS OVER £100 TO UK MAINLAND ONLY
See exclusions
View Cart