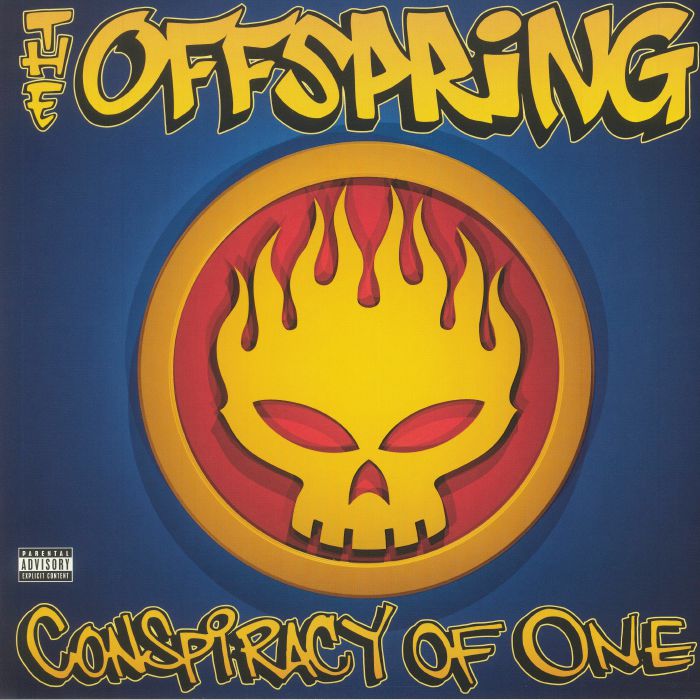 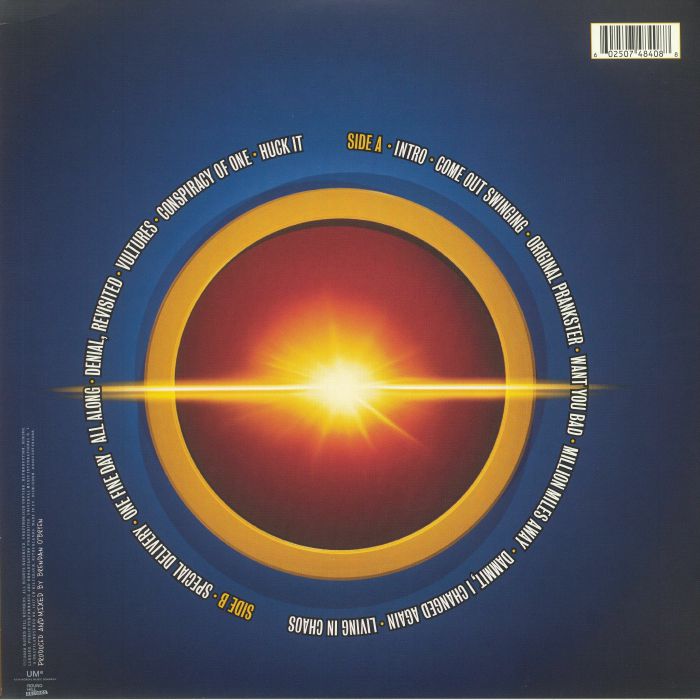 OFFSPRING, THE - CONSPIRACY OF ONE

Contrary to the popular belief of music critics, listeners and artists alike, a band that doesn't deviate from its genre on its albums isn't musically limited. There are many layers to any given genre of music, and growing into it is just as much of an accomplishment as, say, experimenting with several different categories. What's wrong with sounding the same if you get better and better at it with each album? On Conspiracy of One, the Offspring do just that, resulting in their most musically mature collection to date. The tight arrangements, vocal interplay and refined guitar work on "Original Prankster," "Want You Bad," and "Million Miles Away" sound like Offspring songs, but don't all sound the same. The band departs from its SoCal punk roots at times -- a ballad called "Denial, Revisited" provides one of the album's slower instances. They also inject elements of hip-hop, rap-metal, and Nirvana-like grunge into a few songs, giving Conspiracy of One some musical diversity, but it's subtle; the album remains firmly planted in the world of punk. Each song features Dexter Holland's lead vocals and Noodles and Holland's crafty guitar playing, the group's two defining factors. The album also features some smart lyrics, though the Offspring do have some sophomoric fun on the party anthem "One Fine Day." Conspiracy of One is a solid and well-crafted recording and offers a fine progression from a band that has no qualms about doing what they do best

PLAY
CUE
MP3
a1
Intro
a2
Come Out Swinging
a3
Original Prankster
a4
Want You Bad
a5
Million Miles Away
a6
Dammit, I Changed Again
a7
Living In Chaos
b1
Special Delivery
b2
One Fine Day
b3
All Along
b4
Denial, Revisited
b5
Vultures
b6
Conspiracy Of One
b7
Huck It

Last FM Information on The Offspring

The Offspring is a punk rock band formed in Huntington Beach, California, United States in 1984. From 1987 to 2003, the band's line-up included Dexter Holland (lead vocals, guitar), Noodles (lead and rhythm guitars, back vocals), Greg K. (bass, back vocals), and Ron Welty (drums, percussion), who left in 2003. Their current drummer is Pete Parada, formerly of Face to Face and Saves the Day, who has been with the band since 2007. Greg K left the band in 2018 and was replaced by Todd Morse. Along with fellow California punk bands Green Day and Rancid, The Offspring have been credited with reviving mainstream interest in punk rock in the United States during the mid-1990s. To date, The Offspring has released eight studio albums, one compilation, four EPs and three DVDs. They have sold over 34 million albums worldwide, making them one of the best-selling punk rock acts of all time. Each album since the release of their 1994 album Smash has sold over a million units. Since the release of Smash, which is the best-selling independent label album of all time, The Offspring has achieved commercial success over five albums, with singles such as "Come Out and Play", and "Self Esteem". The band’s next three albums, Ixnay on the Hombre, Americana and Conspiracy of One, were also successful, with Ixnay on the Hombre and Conspiracy of One reaching platinum certification, and Americana achieving multi-platinum status. Longtime drummer Ron Welty left The Offspring in early 2003, and was replaced by Atom Willard. Later that year, the band released their next album, Splinter, to moderate sales and fairly warm reviews. In 2005, The Offspring released a greatest hits album and toured in support of the compilation. Their eighth studio album, Rise and Fall, Rage and Grace, was released on June 17, 2008 with the hit singles "You’re Gonna Go Far, Kid" and "Hammerhead." Days Go By is the band’s ninth studio album and is due to be released on June 26, 2012. The Days Go By Songfacts reports that the title track was released as the first single and was premiered on KROQ on April 27, 2012. 2. Offspring was a short-lived English pop duo of the early 1970s, consisting of Mike Brayn and John Howard, who met at Hurstpierpoint College in Sussex, United Kingdom. They released just one single, 'Windfall' (1972). Their planned studio album was never completed. Read more on Last.fm. User-contributed text is available under the Creative Commons By-SA License; additional terms may apply.
FREE SHIPPING ON ORDERS OVER £100 TO UK MAINLAND ONLY
See exclusions
View Cart