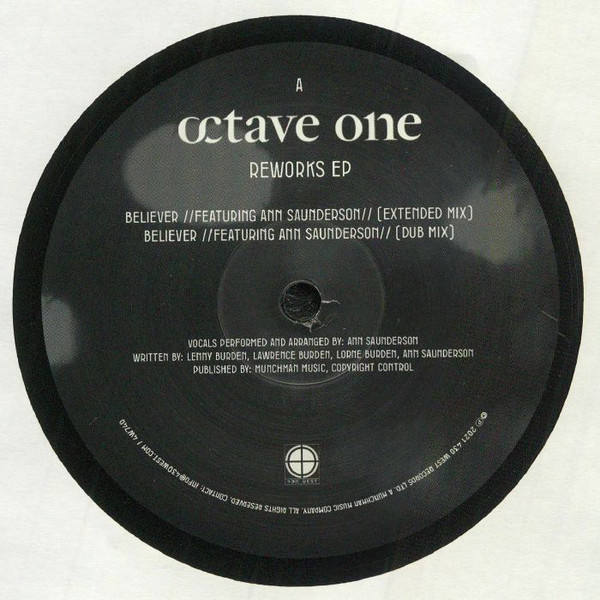 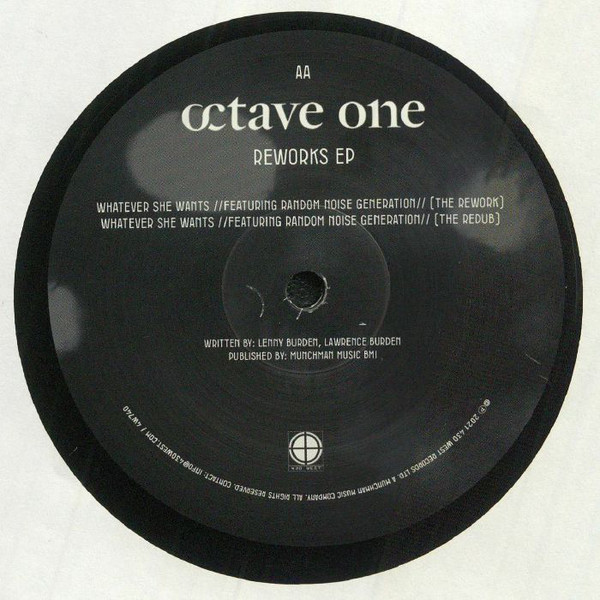 The brothers Burden return with new perspectives on key tracks from their 2015 album ‘Burn It Down’. Fresh for 2021, we give you ‘Reworks’. ‘Believer’ takes the lead with a new update and a killer dub mix. Instantly recognisable from that vibrant timeless riff, it encapsulates everything the game- changing double-O unit have been synonymous with since ‘Believe’ over 30 years ago. Complete with the legendary vocals of fellow legend Ann Saunderson (who also sung on their seminal ‘Black Water’ back in 2000), it’s proof that things are still worth believing in.

It’s backed by new takes on ‘Whatever She Wants’. A slight increase in tempo and extra large servings of vibes on the side, the contemplative filtered chords are even more hypnotising than ever. Delivered in both edit and dub form, it’s another precision reminder who to uplift with subtlety and class. Something Octave One have been doing since day one.

Last FM Information on Octave One

Techno is a family affair. Arriving onto the electronic scene with "I Believe", featured on the monumental (10 Records) compilation "Techno 2: The Next Generation" (alongside Carl Craig, Marc Kinchen, and Jay Denham) in 1990, Octave One is the brainchild of the phenomenal native sons of Detroit, MI (USA), the Burden Brothers. The core unit of the band, made up of Lenny and Lawrence Burden (with revolving members of Lynell, Lorne, and Lance Burden), have had the privilege of bringing their high energy live shows to many parts of the world, including Australia, Belgium, Denmark, France, Germany, Greece, Ireland, Italy, Japan, Netherlands, Portugal, Romania, Russia, Slovenia, Spain, Switzerland, UK, and the USA, among many other places. The brothers have released groundbreaking dance anthems on their own Detroit based record label, 430 West Records. Including DJ Rolando's "Jaguar", Random Noise Generation's "Falling in Dub" (the other Burden brother moniker), Aux 88's "My A.U.X. Mind" (on the 430 West sister label Direct Beat), as well as their own Octave One recordings: "Empower", "Nicolette", 'The X-files", "Meridian", “Love and Hate”, “The Greater Good”, and 'Siege". They have remixed tracks for such artists as Massive Attack, Akabu (Joey Negro), DJ Rolando (Jaguar), Steve Bug, John Thomas, Aril Brikha, Vince Watson, The Trampps, Rhythm is Rhythm, and Inner City. 2000 brought the most recognized Octave One release to date, "Blackwater". The massive hit has appeared on over 30 compilation albums worldwide (with sales exceeding one million collectively). It has been released domestically in 5 countries (US, UK, Spain, Germany, and Australia). The track is also been a classic on the decks of some of the world's best known DJs, Little Louie Vega, Danny Teneglia, Jeff Mills, Richie Hawtin, Kevin Saunderson, Derrick May, Jonathan Peters, Laurent Garnier, among many, many others. Late 2006 brought the release of the first full length DVD/CD project from the group, Octave One featuring Random Noise Generation "Off The Grid", released in cooperation with Tresor Records/Germany. 2009 saw the release of the band's first studio album in 3 years, "Summers on Jupiter" released in cooperation with P-vine/Japan. Other Octave One albums have also highlighted the boys’ career: “The Living Key (To Images From Above)” (1997), “The Collective” (1998), and “The Theory Of Everything” (2004) among many other releases. 2011 welcomes the release of the Octave One retrospective compilation "Revisited: Here, There, and Beyond". Marking 20 years of living the Techno life. “Here, There, and Beyond" features O1 classics reworked by some of the band’s favorite producers: Luke Slater, Sandwell District, Ken Ishii, Alexander Kowalski, Vince Watson, Alter Ego, Los Hermanos, and Cari Lekenbusch. "Revisited: Here, There, and Beyond”, both the album and tour are slated for release in November 2011. One more milestone in the journey of one of Techno’s most exciting bands. Aliases: Burden Brothers, The, Metro D, Never On Sunday, Random Noise Generation http://www.octaveone.com http://www.discogs.com/artist/Octave+One http://www.faceook.com/octaveone http://octaveone.tumblr.com http://www.twitter.com/octaveone Octave One is also the alias of seminal drum and bass producer/DJ Doc Scott. His first two tunes on 31 records, "Technology" and "Chillin' Out," were released under the moniker Octave One. Read more on Last.fm. User-contributed text is available under the Creative Commons By-SA License; additional terms may apply.
FREE SHIPPING ON ORDERS OVER £100 TO UK MAINLAND ONLY
See exclusions
View Cart