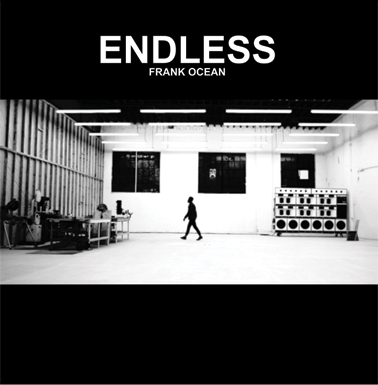 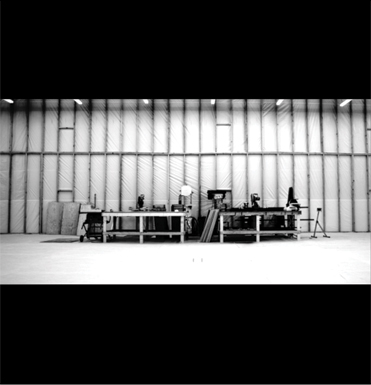 Endless is a video album by American singer Frank Ocean. It was released exclusively through Apple Music on August 19, 2016. It was his last release with his record label Def Jam Recordings to fulfill his recording contract. Now Availableon Ltd 12" - 18 Tracks Hip Hop & Soul

If fans were looking for indulging, for Ocean to bear his soul, Endless delivers. When Ocean completes the staircase, he paces around its circumference a few times, surveying his work. Eventually he squats on the floor and walks while sitting, a kind of childlike awkwardness from exhaustion. Finally, he looks at the first step, arches his foot, and begins to climb. The camera holds tight to his feet as he ascends. Then, sharply, everything disappears. The opening clip of Ocean hopping on a work table, slipping off gloves, and staring at his palms replays. Another version of himself flicks on the speakers, sequencing this closing number. There, right when viewers got to see Ocean build a handmade rendition of perfection, of sleek design

Frank Ocean (born October 28, 1987) is an American singer/songwriter and member of the gleefully hedonistic hip-hop collective OFWGKTA. He was born Christopher Edwin Breaux in Long Beach, California. He has helped pen tracks for Justin Bieber, John Legend, Brandy, and Beyoncé over the last few years. In 2011, Ocean released his debut mixtape, Nostalgia, Ultra, for free via his Tumblr. Venting about his decision to drop the record his own way, he took to Twitter on March 1, 2011: "i. did. this. not ISLAND DEF JAM. that's why you see no label logo on the artwork that I DID. guess its my fault for trusting my dumbass lawyer and signing my career over to a failing company. fuck Def Jam & any company that goes the length of signing a kid with dreams & talent w/ no intention of following through. fuck em. now back to my day. i want some oatmeal and toast. brunch swag." As a member of the Odd Future (OFWGKTA) collective, his sound is distinctively soulful/r&b influenced, yet done in a way that could pass for something totally different. As Tyler, the Creator states, “It’s Smooth Ass Music About Bitches, Relationships And Being A Rich Young Nigga…But In A Swagged Out Way.” Ocean was evacuated from the University of New Orleans to Los Angeles, California just as Hurricane Katrina hit in August 2005, and stayed in Los Angeles to pursue a music career. Ocean joined Los Angeles based collective OFWGKTA, who he met through mutual friends, at the end of 2009. In the end of 2009, he met Tricky Stewart, who helped Ocean sign a contract with Def Jam Recordings as an artist, however, he was initially unable to build a relationship with the company. In 2010, he changed his name from Christopher "Lonny" Breaux to Christopher Francis Ocean via a legal website. In an April 2011 interview, Ocean intimated that his relationship with Def Jam has strengthened since the release of his mixtape. On April 28, 2011, Ocean was arrested on unspecified charges by the LAPD, and was released on the morning after on April 29, 2011. Ocean joined his OFWGKTA bandmates for the first time on tour from May 12 to May 19, 2011. On May 31, 2011, Def Jam released the single Novacane on iTunes soon followed by Swim Good Taken from his mixtape Nostalgia, ULTRA. His first 'proper' album, Channel Orange was released on July 17th, 2012. In 2016, He released the visual album Endless alongside his second studio album Blonde, following several years of delays. Blonde debuted at number one in the United States and United Kingdom. In 2017, Ocean released several singles, including Chanel and Lens, through his Blonded Radio show, and made several appearances on other songs by artists like Calvin Harris, A$AP Mob, and Tyler, the Creator. Read more on Last.fm. User-contributed text is available under the Creative Commons By-SA License; additional terms may apply.